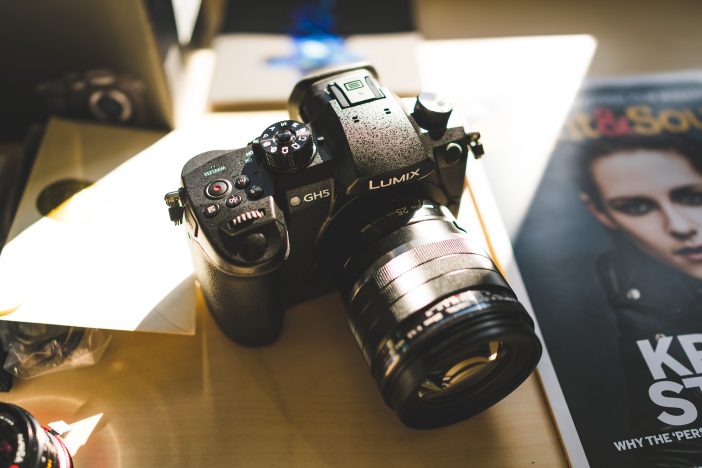 Reports in the media suggest Panasonic are dismantling the ‘digital camera’ division with some even speculating that Panasonic will pull out of the camera market like Samsung. In fact according to Yosuke Yamane of Panasonic, the company is re-doubling their focus on cameras like the GH5 and planning more releases in 2017.

The GH5 is the first camera to benefit from the restructuring programme at Panasonic. The aim is to ship 1.5x more units than the GH4 at the new (higher) price. Panasonic has a winning model on their hands and they know it.

Earlier this year Yosuke Yamane of Panasonic spoke at CES 2017 about the company’s plans for the new division.

The GH5 is the first Lumix camera to be targeted mainly at professional customers. Last year in 2016, Panasonic integrated the professional and consumer digital imaging design divisions. The technology has become increasingly similar for both sets of products so says Yamane, the aim is for development efficiency to accelerate.

“Panasonic’s digital camera business was transferred from AVC Network Company to Appliance Company in accordance with the organization reorganization in April 2017. We will accelerate the LUMIX project with a new structure. Development members of VARICAM are also involved in the development of GH5, which enabled the professional’s desired video performance.”

Separate marketing, sales and support strategies still exist at Panasonic for consumer and professional products, even though R&D, manufacturing and design will become a more unified force.

Panasonic managers are now drawing up a future growth strategy for Lumix mirrorless cameras to 2020 (including a likely shift to 8K).

An insight into the Panasonic GH5 development process

TVs also belong under the Appliances division at Panasonic and here the company was able to draw on engineering synergies between the Lumix and TV teams in the development process of the GH5.

“How do you suppress heat generation when operating the engine with high performance in a fixed enclosure size? Actually, the GH5 engine utilizes the same 28 nanometer process rule as GH4, yet it solves the problem [of heat build-up]. This technology is so innovative that there are voices saying “impossible” within the industry.”

The thermal management technology was already well developed in the TV division, so this is another example of how the restructuring is helping accelerate the development of Lumix cameras like the GH5.

“And in the camera cabinet, how to solve the thermal problem was hard work. Although thermal simulation technology is supposed to be good at Panasonic, we have conducted more thorough simulations than before, and reviewed the material and placement of the parts as well. The volume of GH5 has increased by 12% compared to GH4, but since it was about I thought that we had to double it at first (laughs), it could be said that it was greatly improved.”

Panasonic had no concerns about making a slightly larger camera after listening to pros:

“Given that it will be used overseas (outside Japan), GH5 has made it a size based on that it thinks that the one with the larger cabinet will be rather rather steady. In fact, I listen to the voice of a professional photographer, I am getting the feeling that this size is okay. We were able to fit in size of 12% increase, which led to the realization of more user-friendly size.”

Rather charmingly, the internal development project of the GH5 was nicknamed “Van Gogh”

“Inside the company, we called the development project of GH5 “Van Gogh Project”. I combined “GO” and “GH” and named it “GOGH”. When I became the business unit manager in November 2015, I set up this project. In the project, 30 to 40 employees from all sectors such as element technology developers, product design, product development, service, marketing, quality control, manufacturing, etc. participated, and delivered this product to customers. We discussed everything about what to do in order to do, and decided what to do up to this week and have been doing activities this week. This leads to product development in a short period of time.”

Meanwhile, Panasonic is likely to divest from their joint sensor business with Israel’s TowerJazz (who along with Panasonic likely supplied image processors and sensors for the Leica SL and Q) and discontinue a number of lower-end compact cameras and camcorders, whose appeal are somewhat diminished.

Panasonic plans an extensive product support and firmware update programme for the GH5 throughout 2017.

“So, what will happen in 2017? I believe that GH5 will show explosive sales. GH4 also showed double sales against the plan, as it was short of initial sale, but GH5 is planning to sell far more than GH4. We would like to sell 1.3 times to 1.5 times GH4. It is the order that the response in overseas such as North America and Europe is good, then the demand in Japan is high. Especially North America is popular in Hollywood.”

“First of all, we will compete in GH5 in 2017, but we plan to introduce some other items besides that. How to shift from compact cameras where the market is shrinking to mirrorless cameras that Panasonic’s strength can make use of, by strengthening the lineup with mirrorless single-lens cameras and lens-integrated cameras has become a survival point, I will.”

“I would like to extend the lineup of lenses in a form involving third parties, and to evolve into products that professional recognition will be in the first year.”

The Panasonic GH5 is in safe hands and the future is bright.