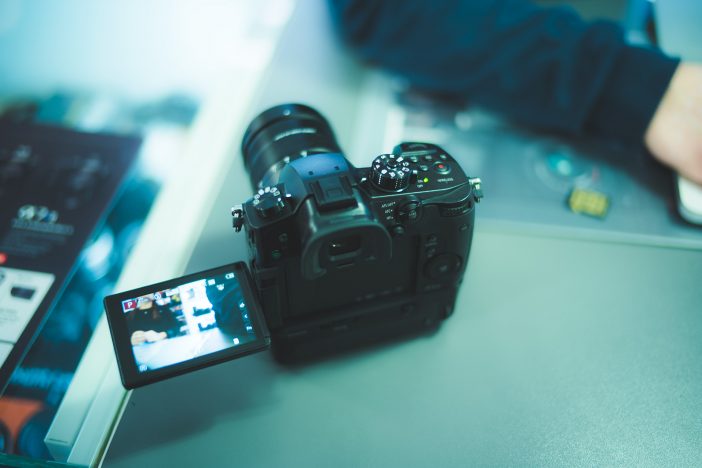 He look at all aspects of the new camera in detail, including the quality of the promising 180fps slow-mo mode.

Do check out their review and videos above.

So those interested in slow-mo may want to experiment in terms of picture quality at 120fps vs 150fps before deciding what to prioritise on a shoot.

Meanwhile, the rolling shutter scores at VideoDSLR.pl ‘leave the rest in a cloud of dust’. They rate the high-frame rate mode at 3.47ms for 150-180 fps 1080p, which is close to 2K on the Arri Alexa in terms of sensor speed. Quite astonishing. In 4K 24-30 fps it is the best performance yet seen for the price with a minimal rolling shutter distortion from a 13ms scan – that’s a sensor readout in 4K of over twice the speed of Sony’s 4K mirrorless cameras.

I had my own hands on the camera (for the first time) in Berlin last week at a store workshop. I’ll be leaving everything to my review when my pre-order ships with the rest of you (expected Wednesday 22nd), but can remark on a few things from the brief hands-on –

On average 2 million people tune into EOSHD during the year to get advice on cameras so it really is not a small amount of interest in video and filmmaking. I just want to do a good job and get the information out early.

Despite the marketing mishaps from Panasonic I think they have gone and done a good job of the hardware and it deserves to be a success.

The great thing about the Panasonic GH5 is it is half the price of what a full frame version would be and you can use Super 35mm lenses on it. When you want the full frame or Super 35mm look you can simply use a Metabones Speed Booster to achieve a 1.3x crop like the Canon 1D C. Very close to the full frame look.

The only chink in the GH5’s armour is something Panasonic can’t control. This is what Sony has up their sleeve in future, a camera which could spring up at any time from NAB 2017 onwards. If they ever improve the ergonomics and rolling shutter of the leading A7 camera for video, in addition to adding a 10bit 4:2:2 codec, anamorphic mode and higher bitrates, the full frame look with higher dynamic range will almost always be preferred by the majority to a 2x crop sensor. However I am pretty sure there’s a lot of Panasonic technology in the full frame Leica SL so if they ever want to step up to full frame at the usual $3500 prices they are quite capable of it and I’d love to see the price of Micro Four Thirds capped at $2000 if this happens so it remains accessible to up-and-coming filmmakers.