This week I was loaned a GH3 body for a short time at Photokna by Panasonic. This test footage was shot in 1080/25p ALL-I mode at 72Mbit, with two slow mo-sequences of Pocahontas and the juggler shot in AVCHD 1080/50p at 50Mbit.

I also had a go at grading the GH3 footage with Peter Patten of Apple.

The GH3 features a much improved sensor. Dynamic range, noise grain and colour are improved big-style. I feel rolling shutter is less of an issue too. But fine details are not as stable as they were on the GH2 in this pre-production camera.

As it stands you will get some animated edges, some shimmering, fuzziness in fine foliage at wide angle and some moire on bricks and shirts. If this is the trade off to improve almost every other aspect of the camera, I’m not really that happy because to me clean detail is a biggy. And it is one of the reasons I shoot so much with the GH2, not having to worry about moire.

The other claim to fame for the GH2 was the insane resolution, well up there with the best of the 1080p professional cameras costing many many times more. The good news is that this has been maintained with the GH3. Detail is superb, but if the pitch of texture is fine enough to invoke aliasing and moire you will get the instability I mentioned above.

There’s still a chance this can be fixed in the final camera and I call on Panasonic to do their upmost to fix this or introduce a GHX1 camera in 3-6 months above the GH3 line with a cutting edge Panasonic sensor, which is an even more pro-version of the GH series. I’d happily pay $3000 for this, as the GH3 already is a bargain for $1299. 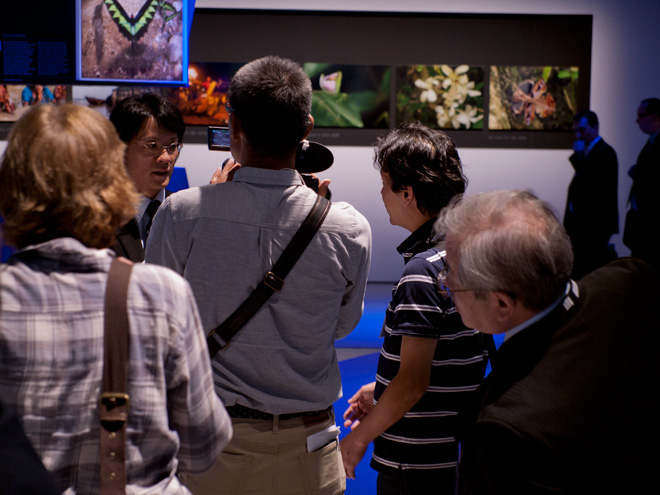 On the GH2 the shadows are very noisy if you give them a huge lift in post. Most of the time you don’t need to do this, but it is interesting to really push the GH3 files. The results remind me of the superb AVCHD implementation in the FS100. All that noise in the lows has been cleaned out and if you lift the blacks they don’t fall apart with a ton of macro blocking, they just turn grey. Lovely stuff.

I’d say the codec in the GH3 is of professional standard.

It is the first ever consumer camera with a professional grade codec in it.

I feel the AVCHD mode looks every bit as good as the ALL-I mode. In fact, Philip Bloom told me that he switched to AVCHD mode whilst shooting the train station scenes of Genesis because he felt it was holding onto the shadows better.

ALL-I does seem a little crushed but I don’t think it is the fault of the camera, more a clipping / levels / gamma issue on the side of the computer.

With both my GH2 AVCHD footage and GH3 ALL-I footage, I have to set the output levels in Premiere’s Fast Color Corrector to 16-235 to get the exposure and black level the same as I experienced in live view on the camera. When you have an EVF attached via HDMI to the GH2 for example, you can see the levels change when you hit record – the shadows jump up and the image looks brighter. 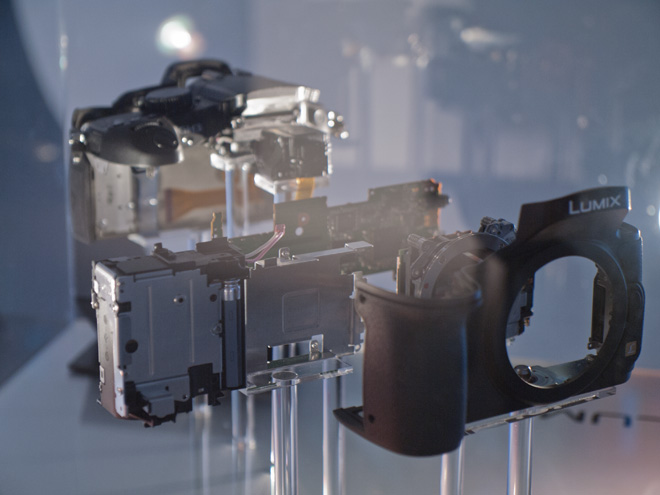 Now Peter told me this had been fixed on Apple’s side at least, in Mountain Lion. Weirdly, this is only fixed for me some of the time and other times I get the crushed blacks.

I think it could depend on what display you have attached to the Mac.

CineStyle on Canon DSLRs – you either love it or hate it. I personally feel that when you shoot 8 bit video with a very flat image profile, what you gain in dynamic range you lose in colour gradation. In 8 bit you have only 256 luma levels, so bring the lows up and the highs down and you have far fewer than the full 256 steps for a shade of colour, therefore after grading the steps are larger and less smooth. You risk getting a rather 8 bit look to colour and banding over large areas of one colour with subtle gradation like a blue sky.

The film modes on the GH3 weren’t working properly on the pre-release firmware. I couldn’t see any difference dialling contrast and sharpness down but I didn’t feel I really needed to do so because the codec grades so well.

A bit early for a conclusion actually.

But I will say that the GH3 has an extraordinary codec, is a step forwards from the GH2 in every way.

The only concern I have is for the stability of very fine textures – the GH2 remains unique for being so clean in the way it scales the full sensor from 18MP to 1080p in video mode. What is the tonic? I feel it is needed again here.