At the moment I am using the Panasonic GH3 like a bit of a director’s viewfinder. But the advantage is, it is a rolling one. You can then put a draft cut together of the concept you’re thinking of shooting – like a live action storyboard, see if it gives you an emotional response and if it succeeds – hire actors, and go back out and shoot it fully.

In the past I have used the GH2 like a stealth / documentary camera in locations where using a fully blown video camera would have drawn too much attention. Along with a long lens this gave a sense of natural life unfolding and nobody looked into the camera or changed their behaviour as a result of my presence. When shooting at the temple for Zen in Shanghai for instance, I blended in like a tourist.

My filmmaking at the moment is going in a different direction and so is the camera scene.

Zen shot on the Panasonic GH2

The GH2 is still a superb camera and it remains even now the best DSLR for resolution, lack of moire and aliasing, lens adaptability and price. A lot of people have been wondering if the Panasonic GH3 is much of an improvement on the GH2. After shooting with it properly now I can confidently say YES. The codec contains far more information than on the GH2 (hacked or not), more colour, more dynamic range, much better shadows and smoother gradation. 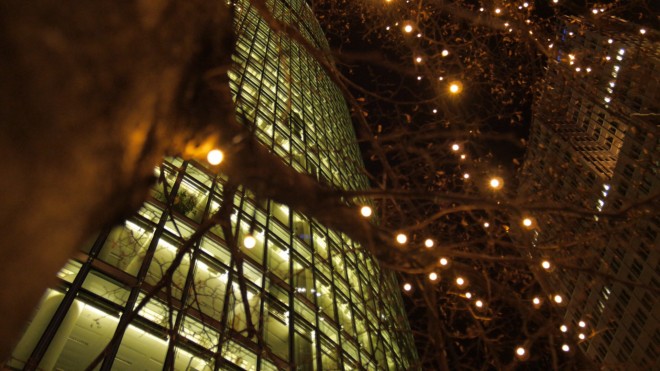 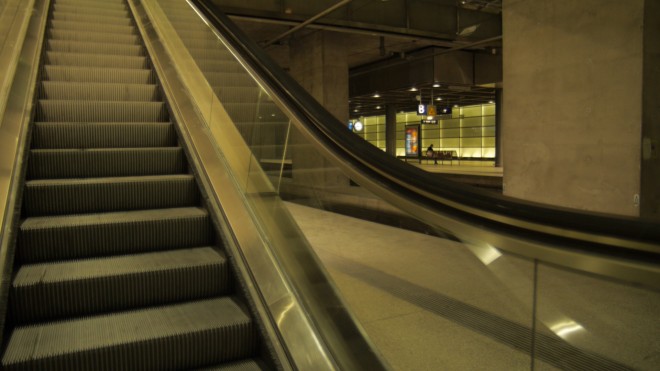 Just take a look at these frame grabs from the 1080/50p. Click the actual images for the full 1080p versions.

I had zero problems with moire on this shoot. It seems to be only in very rare circumstances and with very very sharp lenses that you get it.

It is the best DSLR for 1080/60p and 50p and rolling shutter. The skew and jello of a rolling shutter is considerably reduced especially if shooting 60/50p. This is an advantage over the Blackmagic Cinema Camera which has a much more severe rolling shutter. The codec is 50Mbit in these modes, much higher than the 28Mbit you get on the $4500 Sony FS100. The GH3 is $1299. The image is far nicer than all the current NEX cameras (7, 5N, 5R, 6 and VG-900).

The test short is shot entirely in 1080/50p mode because I wanted slow motion. Not only do I often enjoy the look of slow-mo, it is perfect for bare-bones handheld shooting like this as it slows the jitter of your hand down, simulating the look of handheld footage shot with a much heavier camera. For slow mo, the clips are all conformed to 25p in Premiere. (You right click on all the highlighted MOV files, chose Modify and Interpret Footage, then change the frame rate to 25 or 24). The in-camera slow-mo option works well too if you want super slow mo straight out of the camera (40% = 24p and 50% = 25p or 30p) – but I wanted the choice in post. Interestingly, though the PAL / European model of the GH3 doesn’t shoot 1080/60p (it goes up to 50p) you can still get the 40% slow mo which toggles 1080/60p on the sensor and a 24p output.

The new OLED screen is a big improvement as is the body & weather proofing. I do however miss the superb 5 axis in-body stabilisation of the Olympus OM-D E-M5. With the latest firmware this works in video mode with manual glass so my Voigtlander Nokton is now a stabilised video lens with an aperture of F0.95. Once again… Insane!

As with the GH2 you need the right glass to make it sing. Lumix glass (especially the 12-35mm) is incredibly sharp and punchy but for film work I prefer low contrast lenses which gives you the option of a soft dreamy image wide open or a nice and sharp one stopped down to F2.8.

Examples are the SLR Magic 12mm F1.6 which I now prefer to the more expensive Olympus 12mm F2 because it has more character. I shot 90% of the “Civilian” test on this and the solar flares at F1.6 are so much fun creatively yet you can switch them on and off at will just by stopping down from F1.6 to F2 and still barely lose any low light ability. 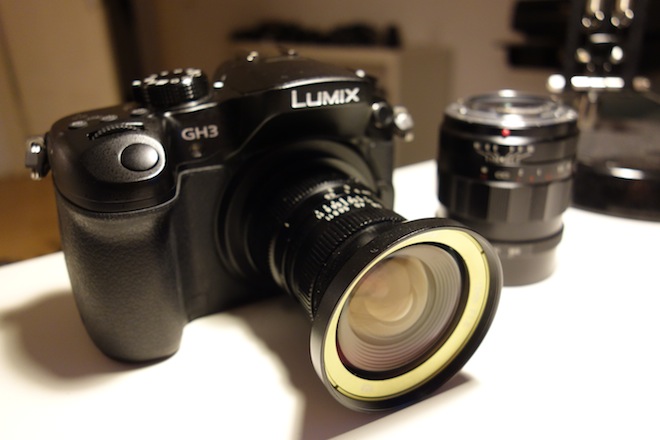 The lens seems to improve gradation and lift the shadows. The Helios 58mm F2 44M-2 is also very nice and super cheap. The GH3 does not have as flat an image profile as CineStyle so a low contrast lens is the answer. It is ultra sharp when stopped down just a notch but shooting wide open with a softer lens reduces the amount of Digital Degradation (DD). This is a new term I just coined for an image which looks less film-like when digital artefacts (like aliasing, compression, moire) are present! An image with no DD looks organic like film. An image with too much DD looks like Mini DV! The point being, if you want a dreamy cinematic look use a dreamy cinematic lens to reduce the amount of DD. Since DSLRs have a higher DD than film, you compensate with the optics.

The test shoot above uses the SLR Magic 12mm F1.6 for the current day scenes as if shot in POV style from the main character’s perspective, a commuter having flash-backs of their childhood but I shot those black & white parts with the Iscorama & Leica 50mm F2 earlier in the day. This anamorphic needs to be at infinity on the prime to focus well and I find that often a lens will over-shoot infinity slightly due to the lens adapter having some safety margin. I needed critical focus on full frame with my Leica R stuff so bought a more expensive adapter for this and it is bang on infinity. The focus on the Iscorama is very predictable and not very critical beyond around 3 metres but the focus travel on the barrel is very long. 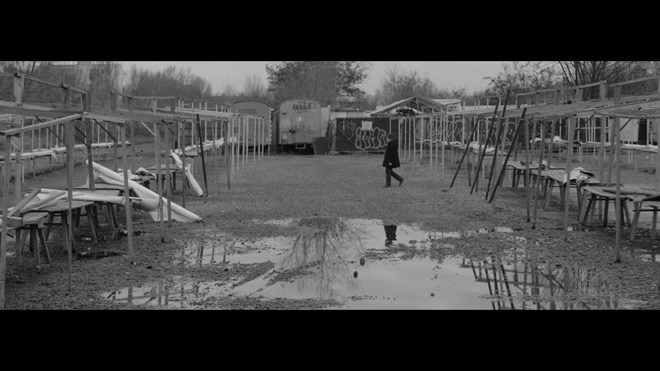 On the GH3 I have (still firmware version 0.5) I can say that after using it extensively the EVF is somewhat imperfect. The live view feed is not that sharp. Indeed for focussing on the articulated monitor you don’t get a truly sharp image until you hit record. Not ideal. There’s also some optical smearing of the panel in the eye-cup with the EVF, so you may want to hang onto your Zacuto EVF.

Emmanuel Pampuri does now have the V1.0 firmware and actually it doesn’t seem that much different. Still the very occasional hang in playback mode, no focus peaking or flat cine gamma picture profile. I am sure Panasonic will address this with a firmware update soon and it is not worth losing the Christmas market for a few software tweaks which can come later.

All in all I feel the GH3 is everything the GH2 was but better. Now I want to see a mirrorless full frame sensor camera from Panasonic and an even higher end version of the GH line optimised for filmmakers rather than for the photography crowd. They have plenty of options, us – not so much!