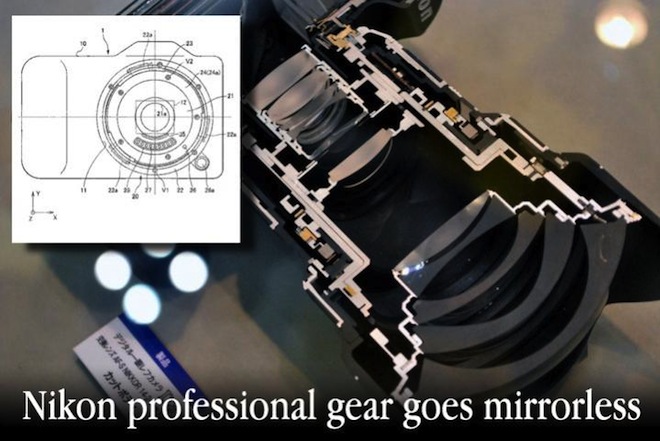 We’ve know for a while Nikon have been developing a mirrorless camera. They’ve filed numerous patents for mirrorless technologies, new lenses and a new mount. Now a good source of Mirrorlessrumors.com (run by the guy behind 43rumors.com) says such a camera will use a Sony 24MP CMOS and be released in April and have given the rumour their highest ranking.

The source says that since the market for consumer mirrorless cameras aimed at beginners or people stepping up from compacts is saturated, Nikon will be aiming their mirrorless at professionals and enthusiasts.

That’s good news for the video mode, because that is usually the first thing to be dumbed down on the lower end cameras, in terms of manual controls in video mode being too hard for the average consumer to understand. Or so Sony think!

I’m quite excited by Nikon’s plans for a professional mirrorless.

First it will be interesting to use cinema lenses, PL mount & LOMO (even c-mount) on a APS-C sensor but with proper manual control and higher image quality compared to the Sony NEX.

Next it will be good to see what advanced AF systems Nikon have developed for video, since a live-view mirrorless camera with no mirror does not use phase detect sensors – all the AF processing is done by processing the live image, and has to work in real-time whilst recording video. Also since the lens mount has to be revised, it gives Nikon the chance to develop the AF system in conjunction with the lens as Panasonic did with the 14-140mm HD lens.

Thirdly, a mirrorless video capable professional hybrid camera is one cock stride away from a professional video camera, as Panasonic discovered when they put the GH2 inside one. If Nikon pass up that opportunity then either they have a clause with Sony which restricts such activity, and no way of producing their own sensors, or they are just daft!

And lastly I am interested to see what the build and handling is like. The Panasonic GH2 handles well with plenty of functionality and manual control but so far we have not had professional build quality and materials, or a strong mount and waterproofing.

Nikon recently stepped up to the plate and finally got a 1080p mode on their D7000, with the new Expeed 2 image processor. It was a pretty decent one too, with good image quality at high ISOs, the least rolling shutter we’ve yet seen, and full manual control along with 24p.

It will be great to get the mirror out of the way so we can finally have proper AF, new lenses, a more adaptable lens mount, a smaller body and an EVF built-in.