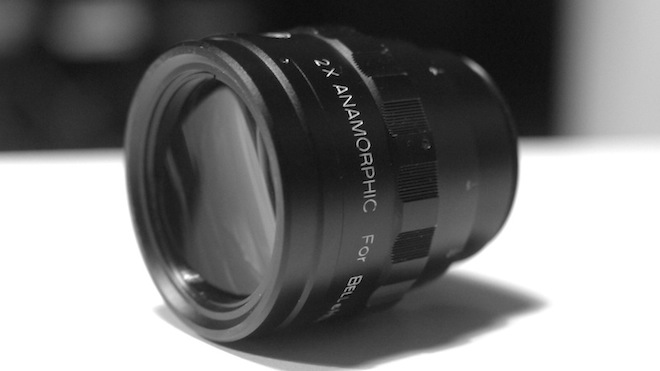 If you’d only go on eBay’s prices you’d assume the Iscorama anamorphic lenses had God-like properties. Maybe they’d part water with their patented easy focus mechanism. Could they heal a leaper with their flare? Possibly the hallowed Iscorama is able to bless you with a cinematic image.

Or more likely it is just a load of hype.

The Iscorama 36 is a very good lens, and the patented focussing system is brilliant. But I’ve seen various Iscoramas going for over $3000 lately which just don’t warrant the money. In particularly some of the latest mutli-coated ones which don’t flare, and some of the bastard off-spring of the Iscorama lenses like the Isco 2000 and Isco Inflight – these are super sharp lenses but lack character.

What’s driving the price of Isco anamorphics it seems is a severe lack of alternatives (the next anamorphic up from the Iscorama 36 and LOMOs are $30,000 Hawks), and a powerful brand name which has been buzzing around the internet like an angry wasp since sometime in mid-2009.

I have an Isco CentaVision which is a bit like one of the Iscorama 2004 MC lenses, but a 2x stretch – and it’s a very fine lens.

But this Kowa beats it hands down.

Kowa made anamorphic lenses at the same time Isco did, and the quality of glass varied – they’d hive some of it off to 3rd party brands and it’d be of lower quality than the stuff they’d put in their own Kowa Prominar branded lenses. Bell & Howell had a rather different deal with Kowa and demanded that only the high end glass went in their (appropriately higher priced) offerings.

The Bell and Howell anamorphic by Kowa, then, is a Kowa Prominar in a sleeker chassis. It is the highest quality anamorphic lens Kowa did. The rear thread is also slightly larger than on the Prominar.

It beats my Isco in several ways. It’s sharper, the minimum focus distance is better and it flares better. Like the Isco CentaVision and my LOMO 35mm OCT18 anamorphic, the Kowa is a 2x stretch instead of the less wide 1.5x Iscorama and 1.33x Panasonic LA7200.

Here tested with 2x stacked +0.4 Tokina diopters, this is the minimum focus distance you can achieve on the Kowa Bell & Howell, in comparison to my Isco CentaVision.

Without a diopter the Kowa focusses down to just under 5ft but the Isco only goes to 2m – that’s double the Kowa’s minimum focus distance. The MFD on the Kowa is in fact the same as my LOMO 35mm cinema anamorphic, and on par with Hawk.

2m down to approximately 1m

5ft down to approximately 3ft

Here at minimum focus distance I am testing sharpness wide open on an Asahi Pentax 55mm F1.8 – a stern challenge for anamorphic lenses at this speed. The Kowa result is just unbelievable. The Isco has gone a little bit wrong. I am sure I have got better results than this before, I may have accidentally crept just a few millimetres under it’s minimum focus distance here – I will re-test the Isco at some point – or maybe it is correct and the Kowa is just blatantly showing it up? 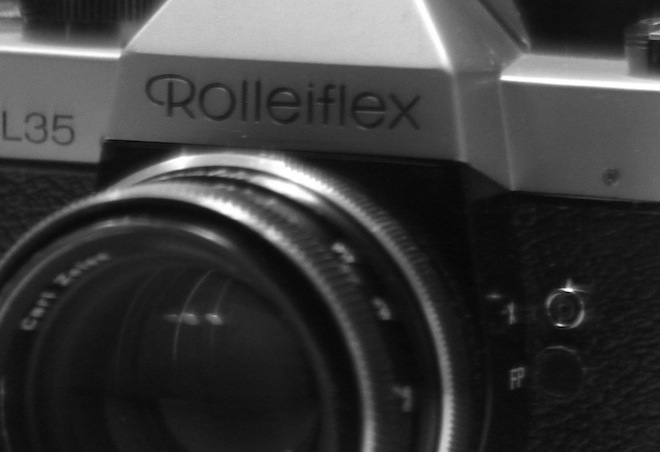 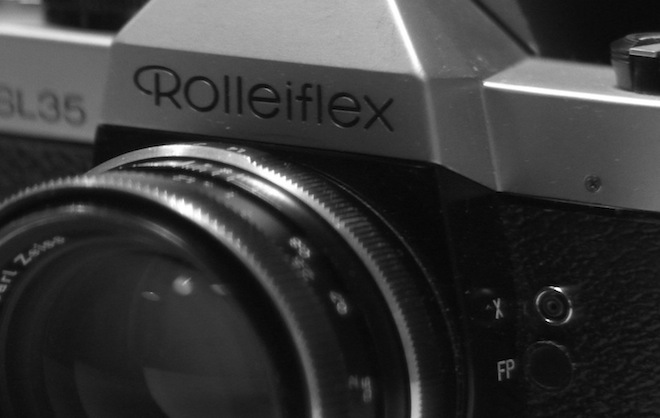 This is an important area and the Kowa’s flare is second only to the LOMO anamorphic lenses. It’s absolutely amazing – not quite as authentic as my LOMO but it looks better in sunlight than here – with an iPhone LED. Still – it’s very sci-fi, unlike the multicoated Iscoramas which don’t flare at all.

As with all anamorphic lenses flare depends on what camera lens you’re using. Here I used the Asahi Pentax Auto-Takumar 55mm F1.8 again – it also flares spectacularly with old Russian glass like the Helios 44 58mm F2.

I can get down to F1.4 on the Kowa without diopters and have a sharp image – this was shot out of a window at infinity on the GH2 at ISO 800 in the middle of the night. It’s unusual to have an anamorphic lens which is this sharp without diopters on infinity at F1.4

Right now the market for anamorphic lenses is very interesting. At the real top end at rental houses and on Hollywood sets we have sets of Hawk primes and Panavision Primos. If you bought one Hawk, it’d set you back over $30,000, possibly more in Europe.

The next anamorphic down from that is a LOMO roundfront, in perfect condition, well serviced and smooth focussing. These tend to go for around $4000-$5000 in private sales. Quite a margin to the Hawk!

Next on from that is the LOMO squarefront 35mm and 50mm. These are equal in optical quality to the more expensive roundfronts, but they are a real crap-shoot – you never are quite sure what will turn up. The focussing mechanics are a little dodgy, but some can be made to work very well. I am waiting for an updated adapter before I can properly use mine, but the image it gives is simply unbeatable outside of rental house anamorphic offerings.

The Iscorama 36 would be next on my list – it just doesn’t quite have the cinematic authenticity of the LOMOs or as nice a flare but it’s a fantastic lens in many ways – sharp, close focussing, more compact easy to focus. These, as you know are going for $3000 and are getting rarer and rarer.

So the Kowa Bell & Howells and Kowa Prominars are the last bargains of the anamorphic world. They’re every bit as good as the Iscorama 36 optically. They do however require that the anamorphic lens and aspherical picture taking lens focus in unison, which is tricky. What we need is a customised follow focus for a 35mm Zeiss, a 50mm Canon FD F1.4 for use with the Kowa which racks both to the same mark simultaneously. For locked down shots on sticks the Kowa is beautiful.

There are currently two on eBay