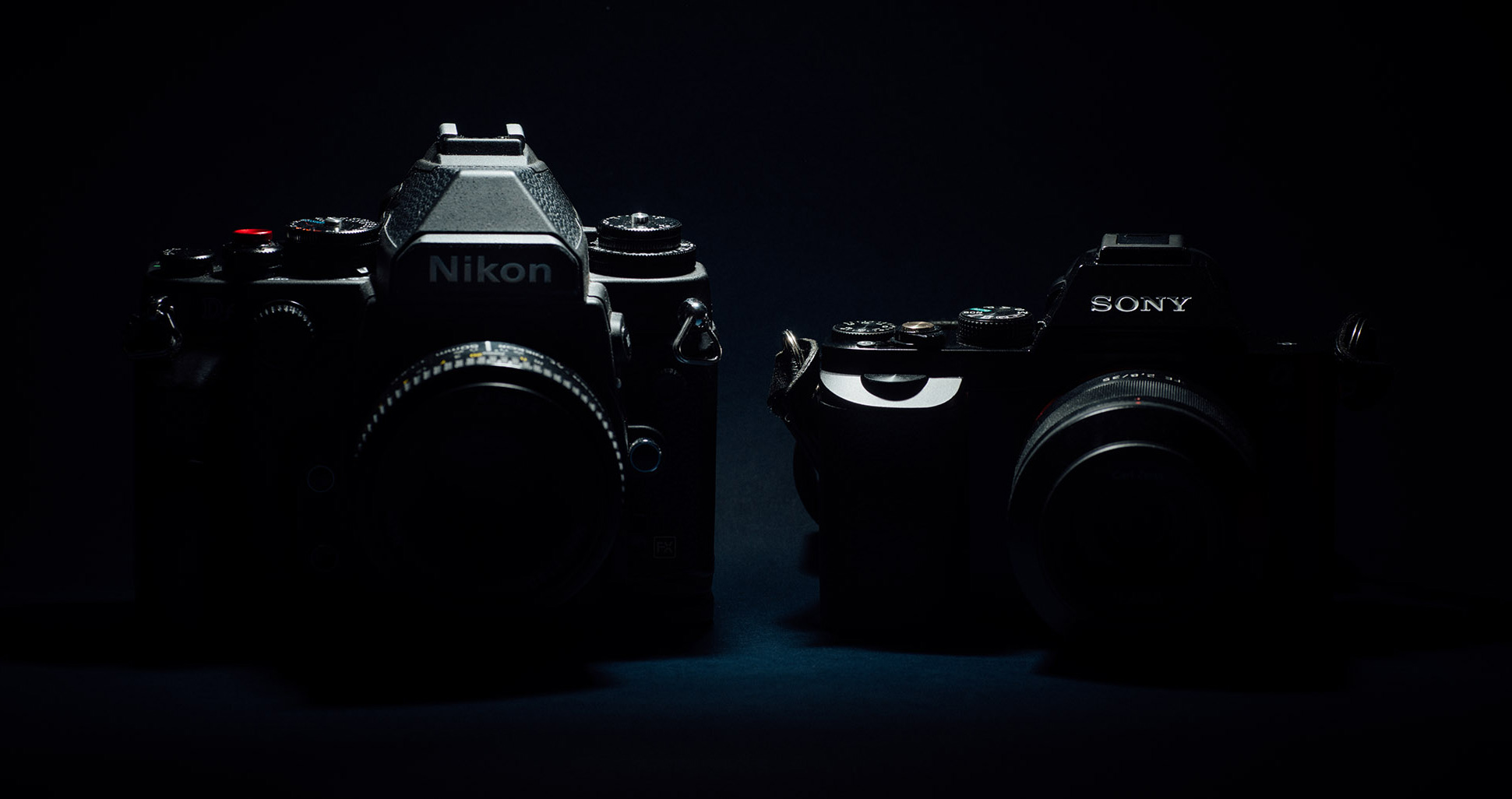 Now I truly believe Panasonic and Olympus must go full frame too.

So as you can see, Nikon’s hand was forced. Now Canon too will be forced to put one foot in the future rather than an entire leg in the grave.

Last year, of all units shipped, 7.5 million units were DSLRs, down 10% on the year, while 4 million were mirrorless, up 30%, according to CIPA.

In 2018 the number of mirrorless cameras shipped are forecast to exceed those of DSLRs. That’s quite a trend going on.

We are looking at over 6 million mirrorless shipments vs DSLR down at 5 or even 4 million this year.

If the trend continues, DSLRs (and potentially their lenses) will be obsolete in a few years. That is big news.

For Nikon, numbers aren’t everything

Politics is a study of power, there’s power in numbers and numbers are all about stupidity. I hope Nikon doesn’t do a mirrorless camera by-the-numbers!

It needs some inspiration to take on Sony. Nikon has to get the spec right, and one of the biggest things for me beyond D850 standard 4K video, is a really good F-mount adapter. To invest in an all-new mirrorless lens range and sell so much Nikon F-mount glass is a big ask for Nikon shooters. There are rumours the adapter might contain a mirror (shown in the patents) – which in my view would be a disaster.

To give you an idea of how important this camera will be for Nikon, consider this… Shipments of digital cameras fell to just 1/5th of the 2010 camera market peak last year, but the number of units isn’t the whole story. There’s been a shift to higher-end models so the camera companies can target more enthusiastic and serious customers. Nikon don’t have to sell as many expensive units to make up for fewer sales of cheap units and the full frame mirrorless market is the cornerstone of this strategy in 2018/19.

Nikon can bring a lot to the table (and price it right) but there’s speculation on the technical side that the Nikon F-mount data communication bus is too slow for high performance on-sensor PDAF or contrast detect AF. On mirrorless this would be a big problem.

The lens has to communicate at high speed with the CMOS sensor in the body, since the phase-detect sensors are on the CMOS chip rather than in the traditional mirror box TTL SIR sensor. A traditional phase-detect AF sensor could have to be placed in the adapter to mitigate this. As we have seen with the Nikon mirrorless patents and rumours – a mirror in the adapter would serve to reflect light into this sensor, but it would block out the EVF and live-view, requiring the use of an optical viewfinder adapter on top of the lens adapter. This would be rubbish. So hopefully Nikon can borrow the (patented) Sony A-mount translucent mirror approach from their sensor supplier. Otherwise, they must at least get on-sensor AF with old lenses up to a reasonable speed. On the Sony E-mount adapters with autofocus, the Nikon lenses are WAY slower on my A7R III and A7 III compared to my Canon EF mount lenses and Sigma EF mount.

It’s no secret Canon is also building a Sony FE mount competitor – maybe even an A9-like model too, with the 1D X Mark II core technology. Here the big challenge is the same one Nikon has – it needs a superb lens adapter, and Dual Pixel AF will help in this regard along with the more modern EF mount protocols. The big question for me is whether they will copy Sony’s winning 24MP / 40+MP approach like Nikon has done. You will notice however that Nikon is not yet doing a third option for low light to compete with the 12MP A7S. The problem for that model apart from the low megapixel count is that the standard (cheaper) 24MP model does such amazing low light and 4K, I really question the need for a low resolution body. The A7S III should get a 24MP sensor with 6K video, concentrate on video features and new, adventurous ergonomics built around a built-in ND along with changes for better video handling, rather than aiming for better low light performance at ridiculously high ISOs nobody ever uses.

The Canon rumours haven’t been of very high quality with relation to their full frame camera, which shows that it is either very early in the conceptual stages in Japan or that Canon have become better at stopping leaks! I’d say the former, and that it will not land until at least 6 months after the Nikon model. There might be only one model, featuring the same sensor as the 5D Mark IV at 30MP, which is pretty poor at video and will be past its sell by date by the time 2019 kicks off. That is the danger for Canon – that they will get the adapter and autofocus spot on but go conservative in specs, especially for video.

In my opinion, Micro Four Thirds must step it up and bring the unique advantages of the system it does so well into the full frame format. Panasonic and Olympus have particular strengths around the longest established mirrorless format and a lot of good-will from a long established customer base, many of them would love to have a full frame GH5 with the same features, or a full frame E-M1 II with the same superb ergonomics, colour and fast AF. If the lenses have to go a bit larger then so be it – but it’s still possible to make a diminutive full frame prime – take the Leica M range as an example and some of Sony’s FE mount lenses aren’t exactly monsters.

If the only advantage of Panasonic and Olympus offerings remains small size, and others are muscling in on video (even Fujifilm!) with larger sensors and very fast responsive shooting, then it is game over.

The great thing about Micro Four Thirds going full frame is that particularly on a 46MP full frame sensor you can do a 2x crop to maintain compatibility with all the existing lovely M43rds lenses.

Finally don’t count out Sigma. They are in the mirrorless market and may choose to bring out a camera around a general purpose full frame CMOS, rather than sticking just to very high-resolution Foveon sensors.

Why a Samsung return is also on the cards

With the huge upswing in mirrorless sales coming too late to save the high-end NX1, Samsung might have more to say in this market, particularly if it has a halo effect on cementing their smartphone brand as the number one for photography.

Samsung has a history of exiting retreating markets and then suddenly turning the tap on again if things pick up.

I would love to see a full frame camera from Samsung, for two reasons. First is their expertise in-house with semiconductors – their sensors and image processors would be FAST, cutting edge. Second, the NX1 showed they understood ergonomics and could make optics to compete with the absolute best from Japan and Germany. Actually there is a third reason and that is the Japanese monopoly on cameras could do with more competition from abroad!