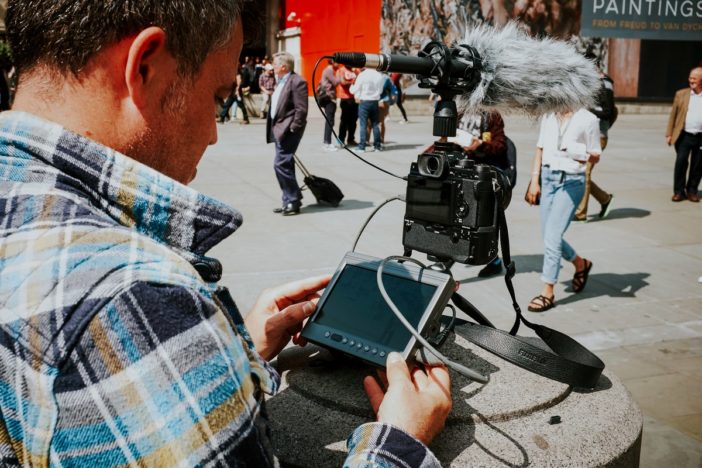 The Fuji X-T2 was announced today.

It turns out to be something of a monster for video, bringing many of Fujifilm’s photographic strengths to 4K for the first time.

If you love the Sony A6300 but not the ergonomics, colour or overheating issues then the X-T2 looks to have these aspects licked.

The X-T2 now features 4K video and for the first time Fuji’s video optimised colour profile “F-LOG”, while it remains to be seen how this handles, I am very surprised to see a LOG profile in the camera. Very welcome feature!

Interestingly the new Vertical Power Grip adds a few video features as well as better battery life. Improves the maximum running time of 4K video on the X-T2 and adds a headphone jack. To avoid overheating there’s a 10 minute limit on long continuous clips in 4K on the X-T2 but this increases to 30 minutes with the grip. This brings the camera on par with the usual 29 min 59 sec cut off found on most 4K mirrorless cameras.

4K is 3840 x 2160 at 29.97p, 25p and 24p. It looks like this comes from a full 6K sensor readout. The quality of the early samples look very good indeed, although it remains to be seen whether rolling shutter is improved from the Sony A6300 which shares similar sensor technology.

As well as improvements to image quality in 4K, the 1920×1080 60p mode apparently also gets a significant bump up too – according to The Video Mode it is oversampled from a 3K sensor output. They also reveal a change to the articulated screen mechanism which allows the panel to be angled sideways: 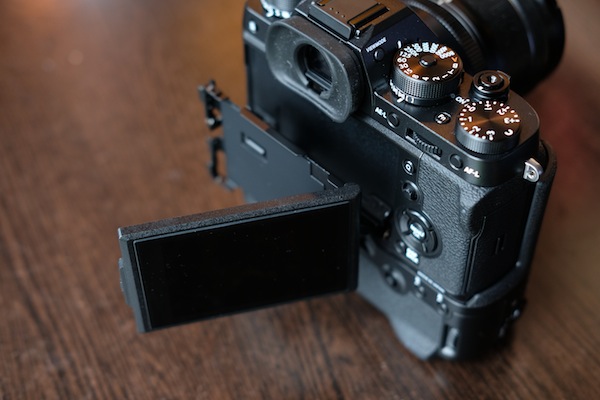 Although the camera lacks in-body stabilisation like the Panasonic GX85, I have found Fuji’s OIS on lenses like the 18-55mm F2.8-4 to work very well (and silently).

Unfortunately there’s no headphone jack on the camera itself so you must use the one on the Vertical Power Grip or monitor audio with on-screen levels – or via the headphone jack of your HDMI monitor.

The sensor features the X-Trans array and no low-pass filter which is quite evident in the 4K results – they are extremely sharp. More so to my eye than the Sony cameras. You might actually want to tone down the sharpness as much as possible in-camera and in post and use a 180 degree shutter angle for a more natural look.

All the beautiful ergonomic flourishes I enjoyed about the original X-T1 are present here, with the lovely styling, sensible controls and articulated screen. The EVF is again the star of the show being significantly better than any other mirrorless camera at the time of writing that shoots 4K video, apart from one exception – the Leica SL. The EVF on the X-T2 promises a 100fps refresh rate mode, a big improvement over the X-T1.

The X-T2 gets the superbly responsible new menu system from the X Pro 2. Hopefully the X-Pro 2 will get a firmware update for 4K video. The X-T2 is promises the usual Fujifilm rolling update programme as well.

Fuji’s famous film simulation modes are all available in 4K video mode. Colour science is likely to be a strong point with this camera compared to Sony.

Auto-focus is also quite interesting on this camera. Contrast detect performance benefits from a doubling of the sensor readout speed. Phase-detect AF has predictive properties. It remains to be seen how much of this system which is primarily designed for stills is properly usable in video mode. Unfortunately the X-T2 lacks a touch-screen for easy focus racks using the AF system in video mode. Here’s a quick test found on YouTube for basic face AF-tracking in 4K mode:

The HDMI output is the usual ‘uncompressed’ in terms of video data rates but of course compressed down to 8bit 4:2:2. There’s no truly uncompressed raw or 12bit RGB from the camera, in keeping with the competition. It would have been nice to see a slightly higher bitrate than 100Mbit though for the internal codec, with the Panasonic GH5 just around the corner.

The X-T2 features dual UHS-II SD card slots (unlike the A6300 which only has the standard single slot) and weather sealing.

The body-only price is $1599 / £1399 so the same as the original X-T1’s launch price. It’s set to begin shipping in September, coincidentally around the same time the GH5 is predicted to be revealed at Photokina 2016. I will be at that show and hope to bring you a review of the GH5 and X-T2 around that time.