A few days ago Thomas Worth of Rarevision (5DToRGB and RAWMagic) asked me for some original files from the GH4 so he could develop an experimental app he had in mind. The result is an embryonic new command-line app for the Mac, which takes 8bit 4:2:0 4K H.264 files from the GH4 and resamples them to 10bit 4:4:4 in 2K DPX format. 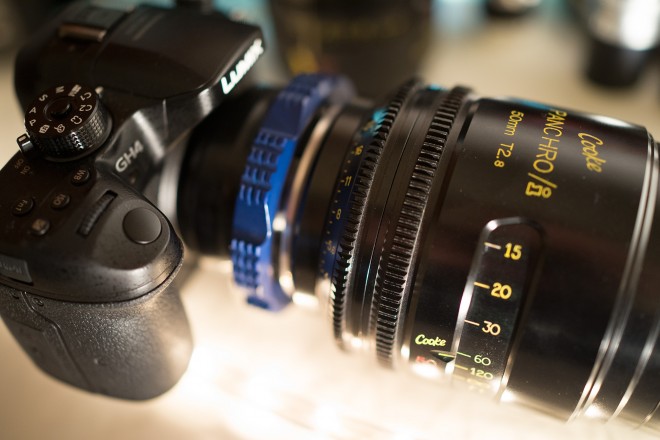 UPDATE – below is Garett Brown with Stanley Kubrick. Garret is the guy sat next to Philip in the video above; the inventor of the Steadicam. Very interesting to hear his thoughts on 4K in the video. 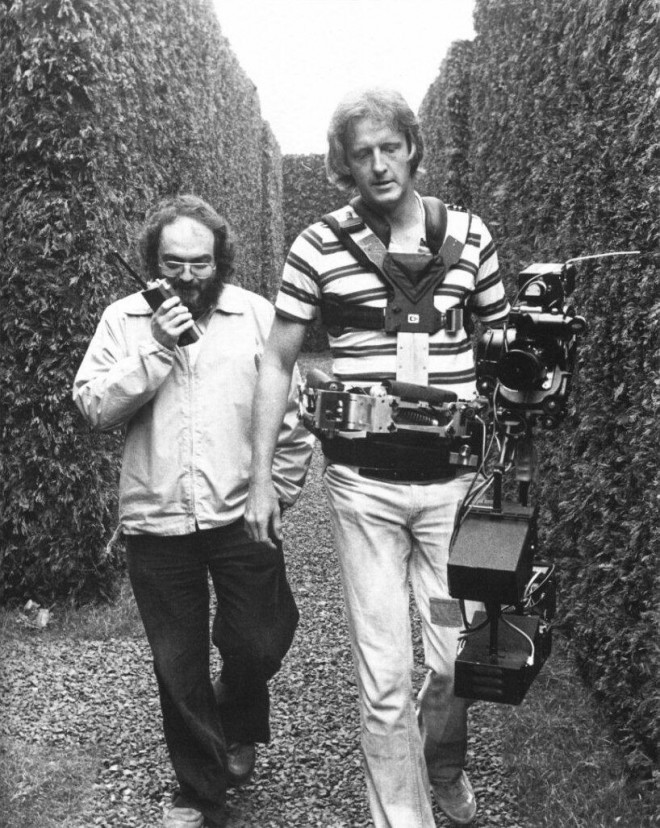 How nice can 2K get from the GH4 without an external recorder?

As this panel aptly put it at NAB this week, 4K delivery is very rare at the moment so most filmmakers are shooting 4K acquisition to get the benefits in post for 2K delivery.

For a while now I’ve been suggesting on EOSHD that 8bit 4K can build a 10bit 2K image due to oversampling, a theory which was backed up by David Newman at GoPro / CineForm in this EOSHD interview.

Now Thomas has put the theory into reality, on the EOSHD forum –

Hey guys, I’ve written a really simple command line app for Mac that will resample GH4 footage from 4K 4:2:0 to 2K 4:4:4 using pixel summing. This will give you real 10 bit data in the luminance channel, so it’s not just doing a brute-force bump from 8 bits to 10 bits. There actually is some interesting pixel finagling going on here.

There’s no GUI, so you’ll need to run it from the terminal. Do this by copying the app into the directory that contains the GH4 MOV files and using the following command in a terminal:

Make sure you cd to the current directory first if necessary. You can do this by typing “cd” into the terminal, add a space, and then drag the folder containing the MOV files into the terminal window. It will automatically add the path to the cd command. It’ll look like this:

The app will spit numbered DPX frames out in a folder named “dpx_out.”

I’d love for you guys to give it a try and see if you find it useful!

I’m very interested to try this out as Frank and I still have the pre-production unit from Panasonic. It would certainly be interesting to see how good this 10bit 4:4:4 2K looks oversampled from the internally recorded 4K.

The download link to get the app is here

Now the Panasonic GH4 can be seriously considered to be capable of delivering 2K at 10bit with 4:4:4 sampling. No wonder the 4K files themselves graded surprisingly well!

A big thank you to Thomas for his experiment and early app. This could be the beginning of another widely used app from Rarevision, a great supporter of DSLR video users for years now.

You can check out some of their other work and apps here at Rarevision.com