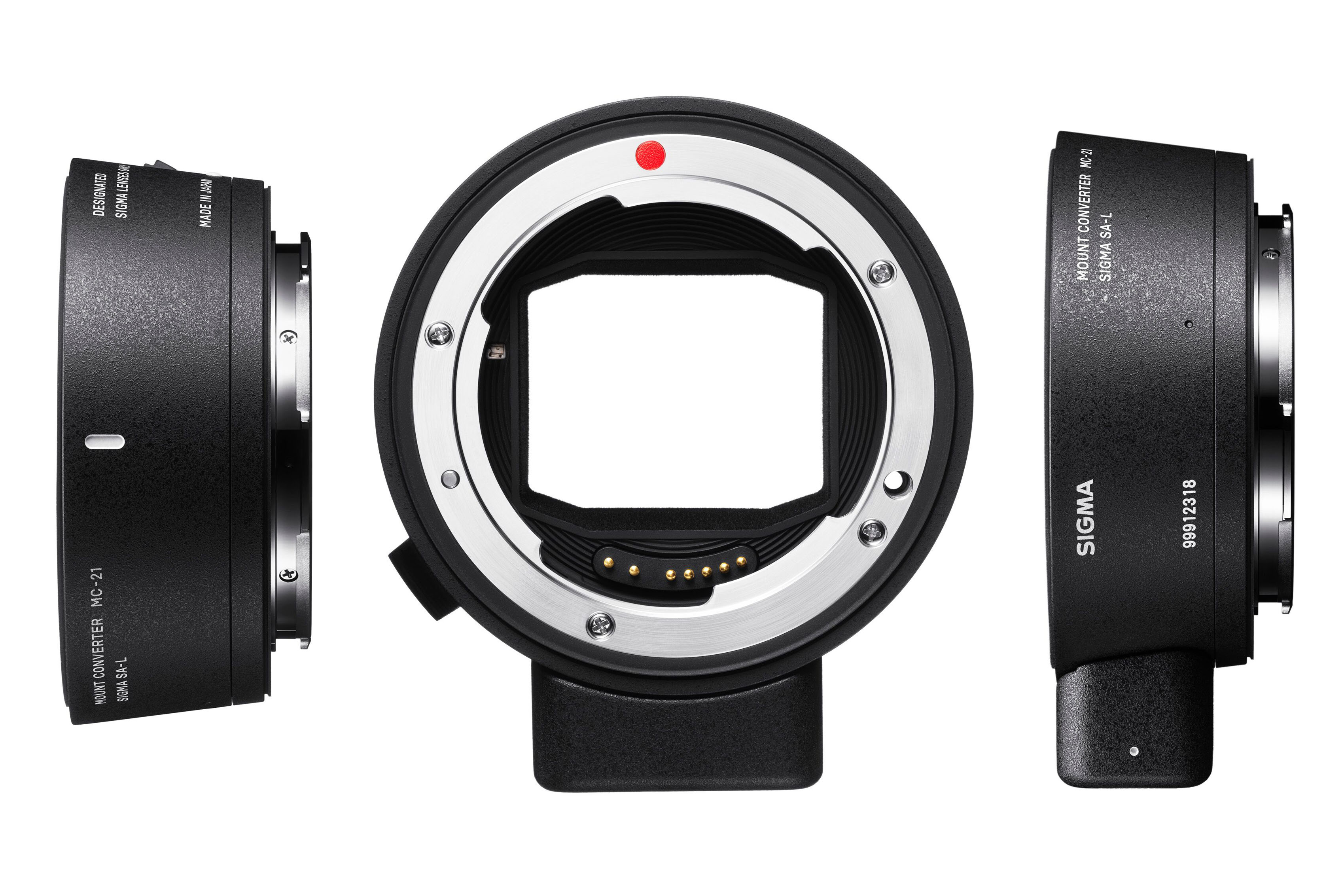 Above: The Sigma MC-21 adapter was to give Canon EF lens owners the ability to use their lenses on all L-mount mirrorless cameras including the Panasonic S1

What’s the point of having an alliance around a single lens mount if the adapters and lenses don’t work on every camera?

That’s the big question Panasonic, Leica and Sigma should be asking themselves today.

If they don’t answer it for themselves, they won’t be able to answer their customers either!

I was dearly looking forward to Canon EF mount adapters for the system, because let’s face it who wants to spend £1500 or even £3000 on a native lens that doesn’t work across the entire system?

After that initial disappointment a trend began to form…

Just as I was looking forward to a comprehensive EF mount adapter for my S1 and SL, Sigma said the MC-21 adapter won’t be doing continuous autofocus. That means no video AF whatsoever on the Panasonic S1 with Canon or Sigma EF lenses, only AF-S for stills.

Very good AF-C and video AF is something Sony benefits from especially with the Sigma ART lenses via MC-11. That along with the Metabones adapters are a huge reason the A7 series has been such a success, especially with video users able to take their Canon EF lenses to Sony so affordably.

Now for the third instalment in the chronicles of disappointment. On the other-side of the L-mount alliance, like many other Leica SL owners I was looking forward to buying an MC-21 to shoot with Sigma’s superb ART lenses on that camera too. Yesterday Sigma had a second and final announcement, about the pricing and availability of the MC-21 adapter ($250 in April 2019) but they slipped something else into the press release as well – it doesn’t actually work… At least not on any of Leica’s L mount cameras…

Everybody is dead Dave.

So that’s the entire Leica camera market gone from Sigma’s radar then, they must be really pleased with how the alliance is working out for them.

Sometimes you get a warning when buying a product that specifications may change without warning. A warning of no warning.

At launch, Sigma promised compatibility with Leica mirrorless cameras and name-checked the SL. Now the only reason they are giving for the u-turn is a “specification change”. No warning though. This is all very strange is that there’s been a German Novoflex L-mount adapter for Canon EF lenses out for ages. Did anyone say “exclusivity contract”? I have one. The adapter that is. The problem is, it’s shit.

It offers absolutely hands-down the worst experience I’ve ever had with any lens adapter in the history of planet earth, which is why we were gasping for the Sigma MC-21. You name an issue, it has it. Compatibility problems? Check. Buggy behaviour? Check. Sluggish autofocus? Check. No firmware update capability? Check. It’s worse than slow – it’s unreliable, frequently misses, sometimes hunting aimlessly until you give up. If you’re lucky, occasionally it will autofocus in 5 or 6 seconds. This adapter, aimed at pros, cost me £500. The only thing I use it for is getting electronic aperture control and IS on my Canon 35mm F2.0 (focussing manually). I consider myself lucky that IS even works on one lens. On most lenses it doesn’t!

This is a really poor state of affairs for L-mount, and Panasonic along with Leica should work as closely as possible with Sigma to fix the MC-21 adapter.

No more dicking around with contract detect. I don’t care how much A.I is packed in, if people can’t get reliable and smooth video AF along with AF-C on Sigma ART and Canon EF lenses, and native lenses hunt or don’t work system-wide on all L-mount bodies, then the entire system is going to be a bit-player on the professional market from day one.

Having sat down and had a cup of tea, calmed down a bit and realised how lucky I am to own a Leica SL… I still can’t quite shake the feeling of annoyance. That’s because I’m concerned the Sigma MC-21 on the Panasonic S1 will perform rather badly, and that would be a shame for a camera I love dearly for so many reasons and none of those reasons being AF.

Canon EF mount DSLR lenses are designed for phase-detect AF. They have large heavy elements that are designed to move once in one direction and then stop. These lenses can’t pulse focus back and forth or hunt at a high frequency to reveal sharp details under a focus point for the CMOS sensor. Also, the legacy Canon EF lens communication bus and protocols aren’t fast enough or advanced enough to facilitate the necessary bandwidth with the camera for rapid 240hz contrast-detect AF scanning. For me looking at Panasonic’s launch pricing and such limited available range of lenses for the S1 and S1R, it was ESSENTIAL the MC-21 worked well straight off the bat… As well with DSLR lenses on the S1 as the Sigma MC-11 adapter does on Sony cameras.

Will it be a manual focus-only camera for me? It is looking like it… The Leica SL already is! There’s just very little about the S1’s contrast-detect AF performance that has impressed me so far, at least with Panasonic’s own 24-105mm F4 and 50mm F1.4. I’d say unless they get this sorted, it is behind the ball looking at the Fuji X-T3, Nikon Z6, Sony A7 III, Sony A9, Canon EOS R, Olympus E-M1X and various competition – all the rivals without exception are using on-chip phase-detect CMOS sensors.

My Leica SL remains a manual focus only camera although a lovely one, I simply cannot justify being ripped off for the native L-mount lenses from Leica when such good alternative are available via an adapter.

I am sure a lot of Leica users feel the same way, otherwise Leica wouldn’t be too afraid to allow Sigma lenses to be used on their cameras!

Let’s face it – Sigma’s ART range is every bit a match for Leica’s optics, at a scintilla of the price, and the S1 trumps the SL for video and feature-range at a fraction of the cost too. Plus, L-LOG is STILL broken on the Leica SL even after all these years. I remember when I first reported the issues with L-LOG for the first time on this blog and Leica sent a product manager to Berlin, to offer me a trip to Wetzlar and a continued dialogue on video and firmware issues – never happened. It turns out, it was just an empty offer to shut me up!