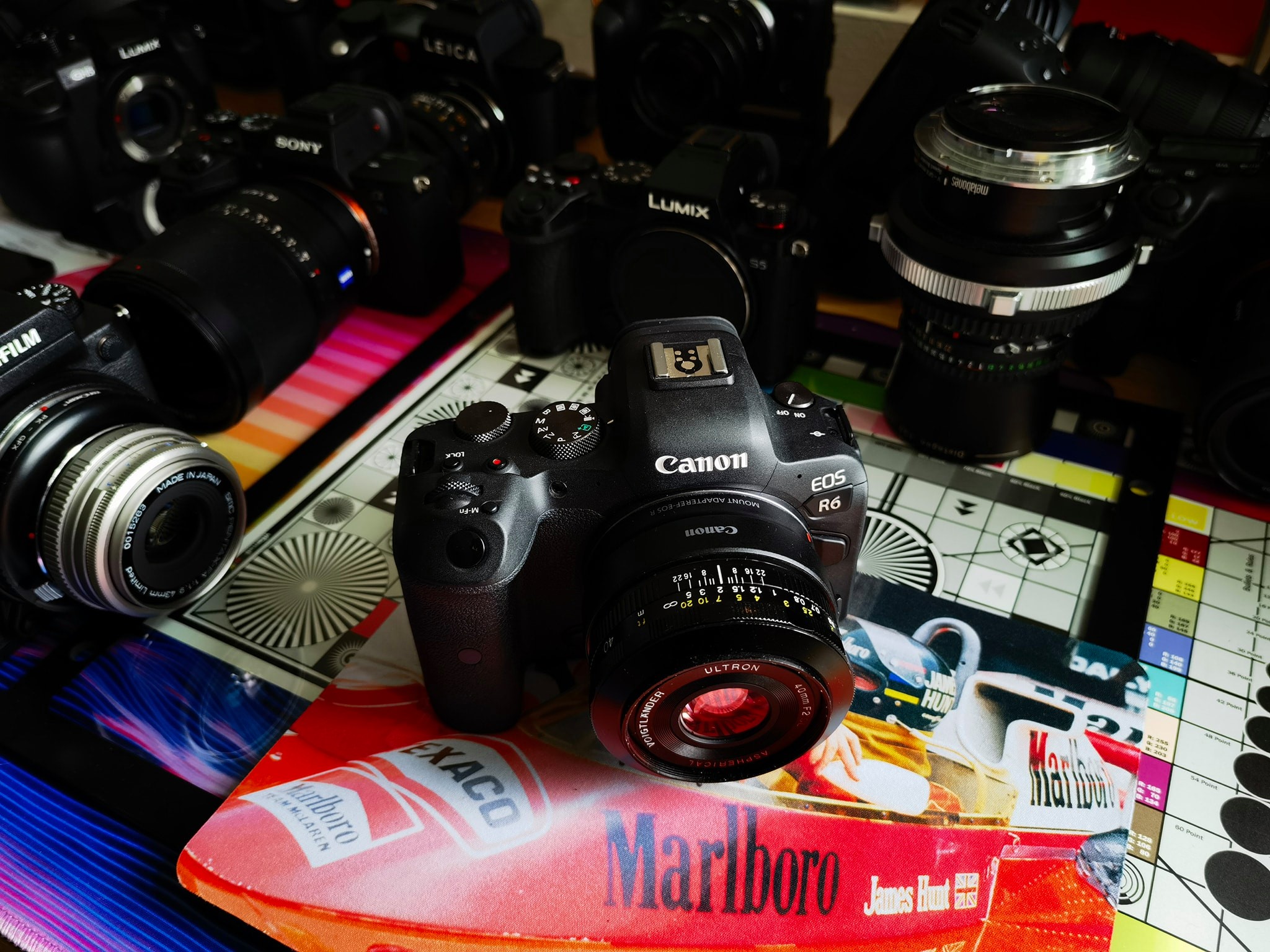 In the words of Basil Fawlty –

“IT’S ALWAYS SOMETHING ISN’T IT!”

Today’s focus of fascination is the EOS R6. I had picked one up to update my EOSHD C-LOG profile and film profiles for it. I also liked the idea of having the 1D X Mark III sensor and 10bit H.265 in a £2600 mirrorless camera, as I’m sure you do.

In Berlin I own a 1D X Mark III predominantly for stills with added bonus of Canon RAW 4K as there may never be a better all-round DSLR made by anyone else again. That market seems finished. Kaput. Post apocalyptic. Only the strange Pentax tumbleweeds blow through DSLR-town now. Consigned to the bin by all the manufacturers apart from them, the EOS R3 will largely replace the 1D X Mark III. This is a shame because the EOS R3 is an ugly squat little camera with a finish that expertly teases strange dust-like muck from your finger tips every time you touch the surface as do all the new EOS R lenses and the EOS R5.

So yes, I have a 1D X Mark III as I am always constantly try to make my peace with Canon, even if it costs me thousands of dogecoins.

A year after the R5 exploded and some nonentity got upset about some meme with a kitten joke… My EOS R6 is running a whole dreadful year’s worth of firmware updates. So where the f*** is aperture priority mode then?

Last time I checked, the old EOS R had it. The EOS R5 had it, and I think some of my Powershot compacts from 10 years ago had it, albeit not in video mode. So in this respect the R6 is a bit like a £100 Powershot compact.

The upshot of this is rather problematic for stills shooters who want to also capture video in the same moment. Switching from my preferred PSAM stills modes to video mode, I am presented with only full manual controls or Programme Auto which has a tendency to shoot at 1/100 and F11 which makes video look really fantastic.

So I asked Canon customer support and they said this:

After the phone conversation, we refer your case to our product specialist and they informed us about your query, we kindly confirm that this camera can only shoot in fully manual or A+ (fully automatic) mode.

Of course Canon seem to get away all the time with treating video users with a lack of respect because they are still leading the sales charts.

But a vital part of Sony closing the gap and then pulling ahead in full frame mirrorless sales is that most Canon video shooters moved away to Sony and Panasonic because of shit like this. They did not stump up double for an R5 or quadruple the money for a Cinema EOS camcorder.

Stills photographers on the other hand would be horrified if Canon removed Aperture priority and Shutter priority from a £2500 camera and DPReview would mention this not once but several times on every page of a 20 page slide show, thus making sure one article generates 20 times the clicks so that Amazon doesn’t cancel the budget for 2021. I can tell you what the reaction on DPReview has been to the lack of aperture priority for video users on the R6 because on the video page of the R6 review by Richard Butler it isn’t even mentioned. So the issue for some reason has flown under the radar for an entire year and I wasn’t myself even aware of it before parting with £2600. 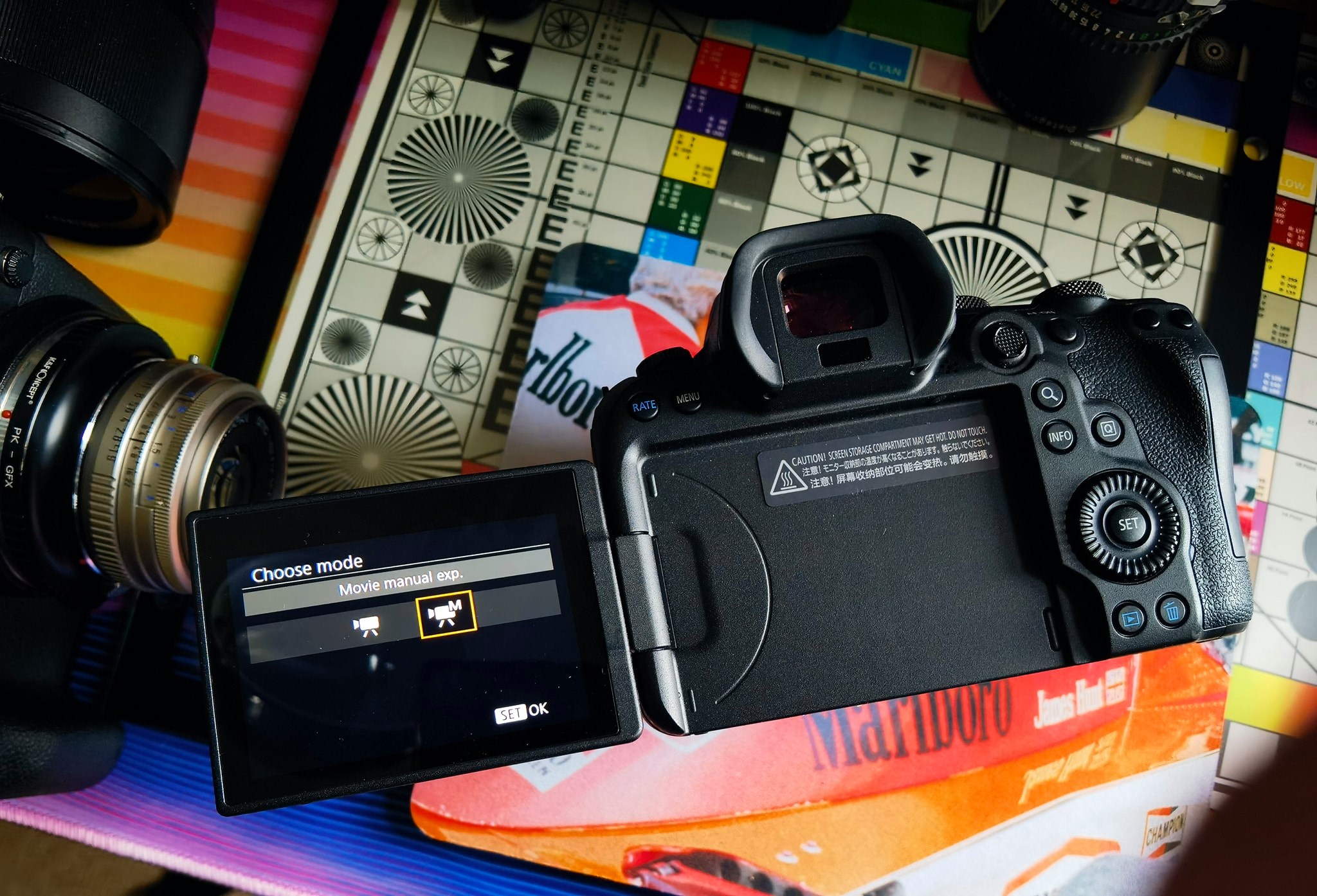 One of the great things about running 12 months worth of firmware updates on the R6 is that as with the R5, Canon now claim to take temperature into account when shooting video which I always find is super useful data to have when you’re designing an overheating control system. I don’t know why the engineers didn’t think of this before.

The upshot of the new firmware is that now you can pack some ice with you on your shoot and everything will be fine as long as the ice hasn’t melted. Or just pull the battery to reset the fake artificial timer if you end up locked out of your £2600 video mode.

The conflict between stills mode and video on the EOS R6 does not exist on any of my other mirrorless cameras, not even my £500 Olympus. Nobody shoots stills at 1/48 with a vari-ND. Nobody shoots video at F11 and 1/200 in Programme auto mode. So I find aperture priority is my go-to auto mode for convenient and quick shot-getting for video clips as well as shooting photos.

I smell a rat.

When I am ONLY shooting video then full manual controls are fine, but the EOS R6 is supposed to appeal to hybrid shooters. You really do need to use a variable ND, 180 degree shutter, manually set ISO and do everything the slow and controlled way, then remove the filter when shooting stills. On a stills shoot you don’t have time and the moment is simply gone.

95% of the time I shoot stills in Aperture Priority. When I switch into video mode I expect the same option.

The loss of this basic exposure mode is even harder to take in terms of business principals than it is in the real world. Why has Canon crippled something so fundamentally basic? At £2600?

I sold my EOS R5 during the winter because I don’t need an unreliable 8K camera to supplement the use my Panasonic S1/S1H. Especially not at 4 and a half grand! I sold my R mount lenses along with it.

Yet I remain attracted to the idea of Canon’s optics and colour science with full frame 4K/60p plus Dual Pixel AF. It would be nice to enjoy and not feel ripped off wouldn’t it?