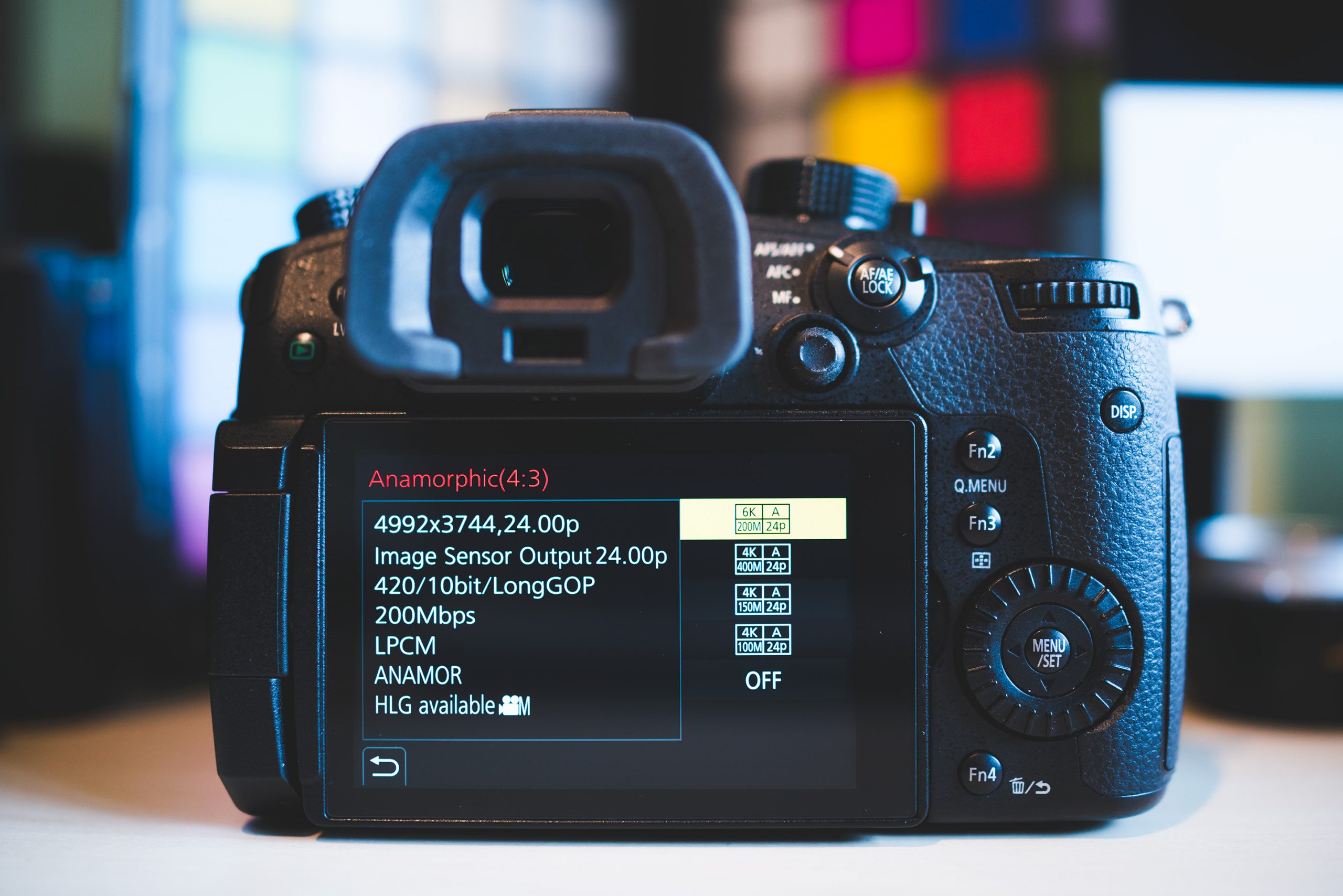 I went on an eBay hunt to find out.

I set myself a few rules. This has to be a camera with a large(ish) sensor – at least GH4/GH5 size, which is close enough to the Hollywood gold standard of Super 35. So smartphones are out, as are GoPros or cheap rubbish.

I would not count the cost of a lens in with the $200. To be honest, if something with a large sensor shoots 4K for under $200 I’d be so surprised and happy, I’d cut a hole in a potato and use that.

I then waded into the forgotten swamp of Samsung and their consumer cameras. The NX1 has kept a lot of value, but is way out of our price league. It’s still a fantastic camera. The NX500 however, can be had for much less, around $500. We’re getting a little bit closer but still a way off.

Panasonic was the leader of the low cost 4K revolution. The GX85 was just incredible value for money and introduced us to 5 axis IBIS on a Panasonic body for the first time. With a slightly cleaner image than the GH4 in low light and a similar feature set, it was originally around $600 and now goes for… drum role…$350 to $400, with extras for instance here.

There’s also the 4K capable Panasonic G70. For what it lacks in IBIS, it makes up for in flippy screen. It can be yours for just 320 euros at MPB (who have recently setup shop in Berlin). To be honest you’re better off spending the extra tenner for the G81 though, which adds back the very smooth 5 axis IBIS (334 euros in Berlin at MPB). 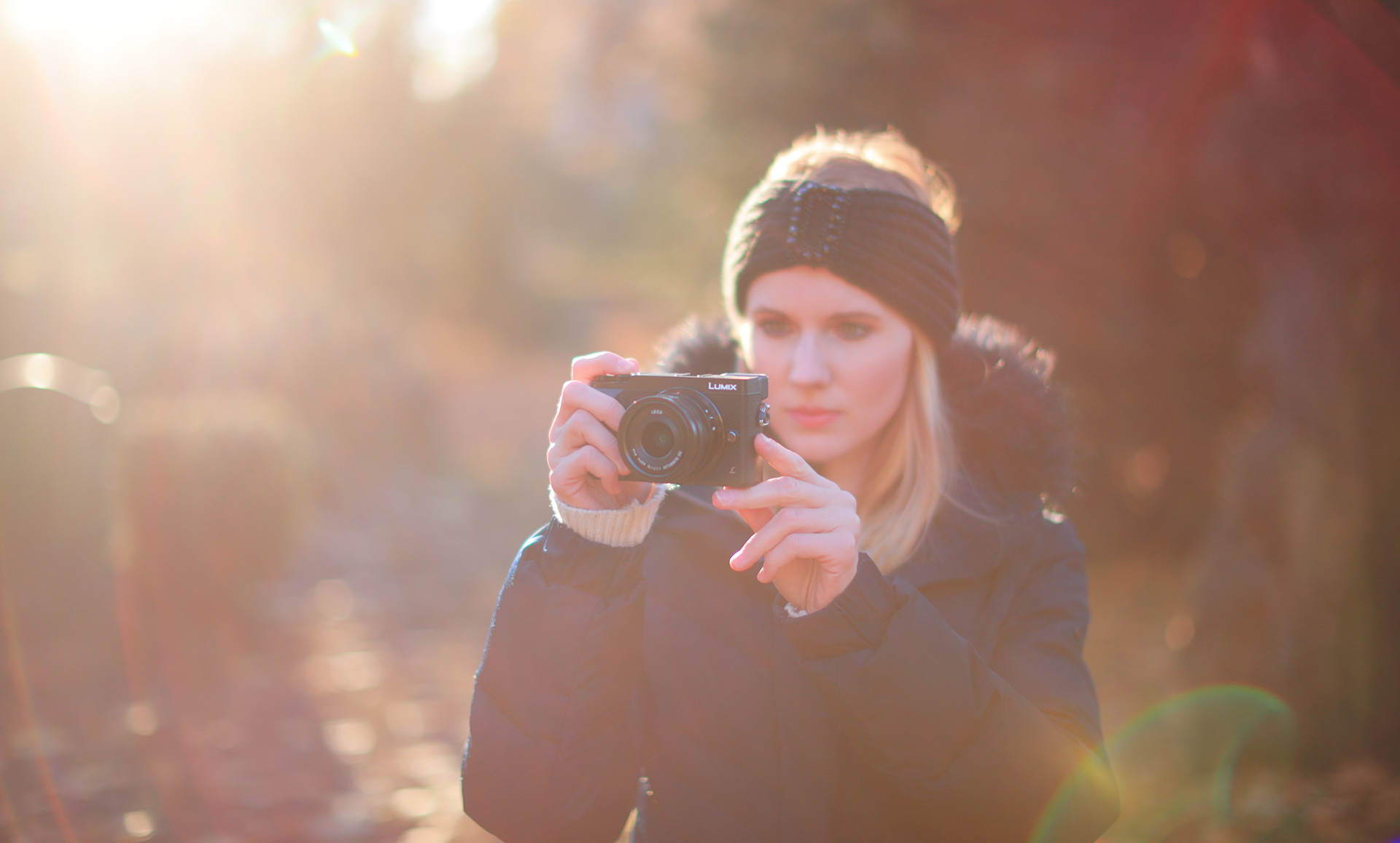 Above: Susanna shoots with the GX85 (GX80 in Europe) in Berlin, testing EOSHD Pro Color for Panasonic

You may remember at this point Fuji decided to get a bit more serious about video and along came the 4K capable bodies – X-T2 / X-Pro 2 / X-E3 and even X-H1 all go for under $800 on eBay today. However the X-T20 goes for just $300-$400 which is a great price for an entry level 4K filmmaking tool with Fuji’s film simulations. It’s also a bit of a boring choice too and a bit obvious… How about we challenge ourselves and continue the hunt for that buried $200 4K treasure. (Amazingly the X-E3 still hovers around the $500 mark which is far too expensive in COVID times). So the search goes on.

Some of the Fuji cameras, like the XF10 shoot 4K at 15fps, which means they have to go back to being never spoken about.

At this point my eyes fell tired and droopy. Would I ever achieve my socialist 4K dream?

Then I remembered. There was a reason Olympus went broke.

There is a budget camera with in-body stabilisation, EVF, oversampled 4.6K sensor readout, an articulated screen, alloy body and no crop in 4K mode.

That is the Olympus E-M10 Mark III. Yours for 300 United States Dollars or 20 Chuck-E-Cheese tokens. Throw just 300 euros worth of Dogecoin in the direction of eBay and you won’t regret it. EOSHD Review here.

Plumbing the depths of misery I finally arrive at a camera closer to $200. Well, 220 euros to be exact. This one is sporting a fast F1.7 Leica lens and the sensor from the GH4. It is commonly known as the Panasonic LX100 and was criticised by sales reps everywhere for a “lack of profit margin”. It is yours for just $250 to $299 on eBay.

I used it as a B-cam to my Sony A7S when it came out. Here it is rigged on the gorilla pod. 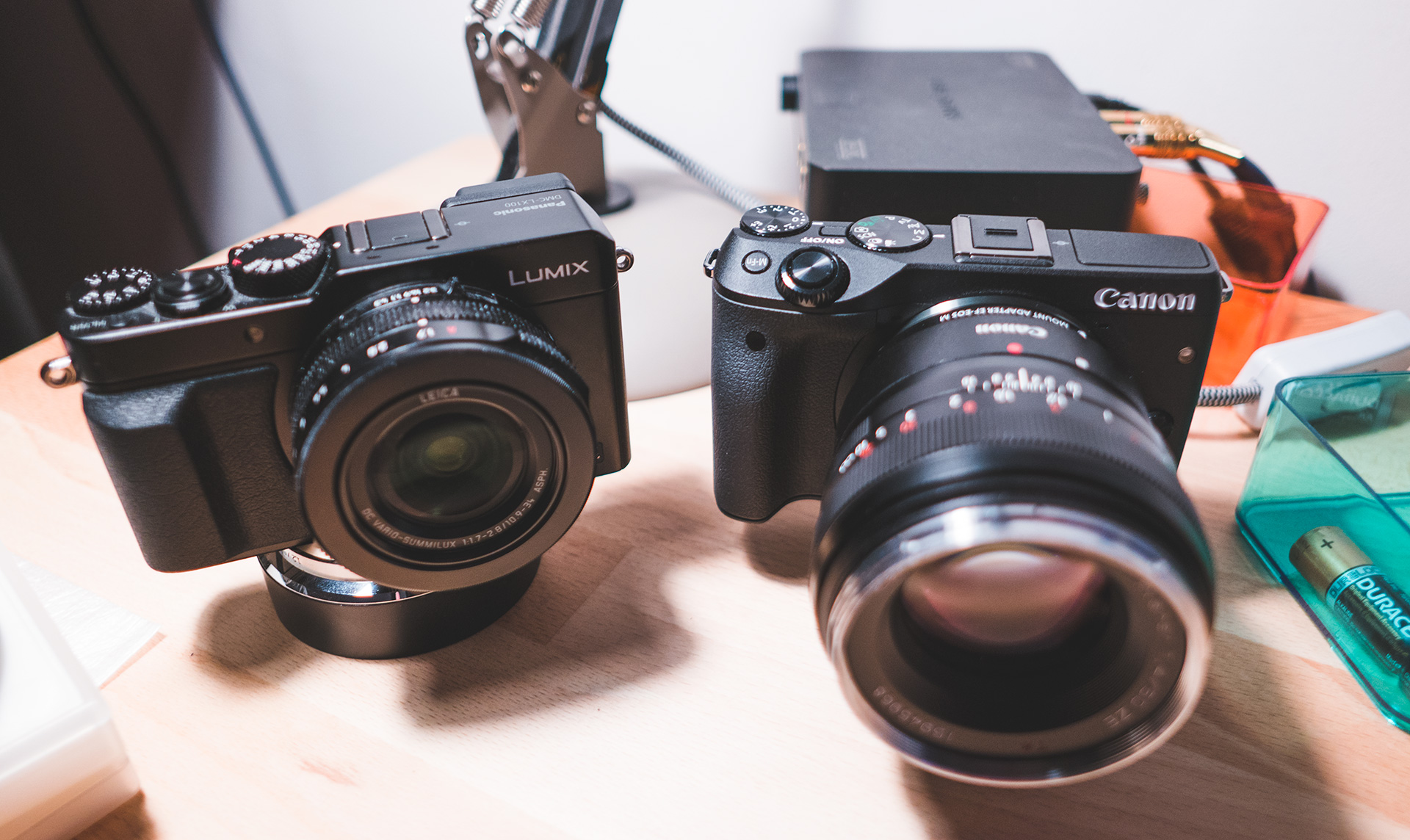 The LX100 was always a lot more video than Canon’s rival mirrorless cameras of the time. Besides, had the Leica 24-75mm lens on this baby been released for Micro Four Thirds mount, that is at least $600 worth of glass in today’s money. The LX100 is even more of a good deal now for the prices it is fetching. The 4K on this compact is nip-and-tuck as good as the GH4.

Enter Magic Lantern. Canon EOS M. Do you remember the 4K RAW crop-mode module for this?

This looks to be what we want! EOS M goes for well under $200 used. Apply Magic Lantern and away we go.

Oi! No cheating! The camera is not technically shooting continuous 4K RAW. You need to upscale from a lower resolution (say, 2.5K). Still a lot of fun though.

Close but no cigar. Alas I think the treasure hunt is at an end. I don’t think the mythical 4K for $200 exists… yet.