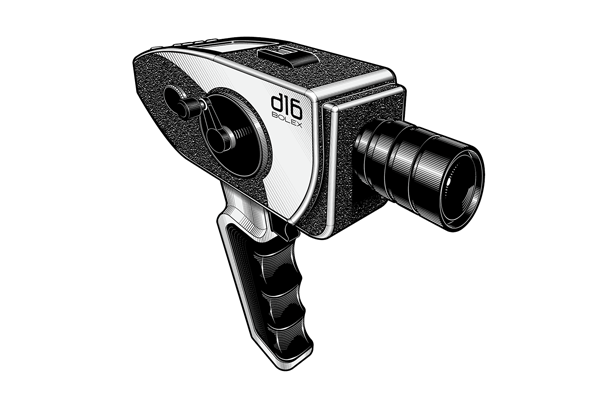 Now I love this kind of enterprising spirit. A passion for filmmaking, a passion for technology and a “let’s build a rocket” mentality. The Digital Bolex project which seeks to build a digital cinema camera for indie filmmakers has now succeeded in passing their $100,000 target in just 24hrs – helped by taking pre-orders for the camera at $2500 each. In fact it is set to break $200,000 in just 48hrs. A runaway success…

Will the customers get what they paid for? There are many ways to look at the Digital Bolex. Here are my 10 perspectives…

2. Does the industry (and filmmakers) need indie camera manufacturers?

Yes. If ever an industry needed shaking up, it is the digital cinema industry. There’s a huge gap below RED which the Japanese corporate digital stills manufacturers have stumbled into with DSLRs. None of these companies with the possible exception of Panasonic with the GH2 and Canon with their forthcoming 4K EOS are really catering for digital cinema and videographers at prosumer price points because their main customer is the stills photographer.

In this sense I think the Digital Bolex guys have hit the nail on the head. There is the demand and a niche.

But can a small team with a low budget deliver where RED failed? Can it compete against DSLRs? Is it better for aspiring filmmakers than a GH2? Don’t forget that from the Kickstarter funds, they have a potentially huge bunch of pre-orders to deliver on as well as a business to invest in and sustain. It is not $200,000+ just to invest in 1 camera! That is everything – completing orders, support, software development, firmware, manufacturing, components, assembly, prototyping, pay staff and suppliers, the lot. And ideally have some left for contingency.

Even before pre-orders begin, the R&D budgets of Digital Bolex’s competing manufacturers (Canon, RED, Panasonic, Sony) are in the hundreds of millions of dollars.

I must admit to having felt some major ambivalence toward this project as a result. On the one hand I love it. On the other hand I am finding it hard to stomach people handing over such a lot of money for something that doesn’t yet exist. I am sure wealthy hipsters will jump at it. But for most indie filmmakers, a 5D Mark III zero-risk as opposed to huge risk!!

Will people get their money’s worth out of it or will it be an unsurmountable task for Elle and Joe? If they have truly found a way to get all the components – not just the sensor but things like raw workflow software and camera firmware off the shelf, and if the camera is to be assembled predominantly in Asia, I’d say yes. That is a more surefire approach.

Software development and complex LSI firmware has a habit of going well over budget and over-schedule. 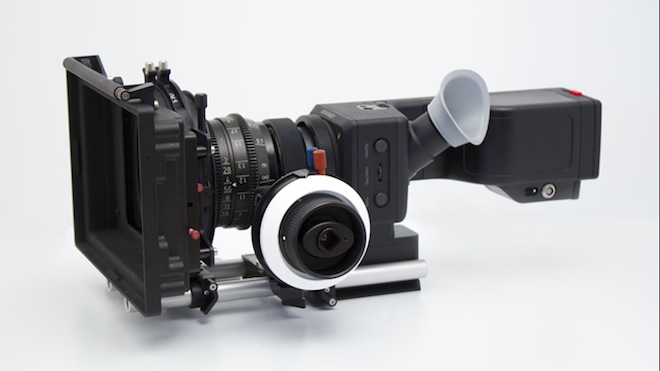 The Kodak bayer sensor used is 4-2-2 by definition because that is how colour sampling is done on a bayer CCD. The raw codec used on the Digital Bolex is 4-4-4, which does’t make sense. Adobe say “Whether you up-sample to 4-4-4 prior to editing or do it on-the-fly in Premiere Pro, the color info was already lost in the camera. [So 4-4-4 has no colour benefit]”.

4. A Kodak sensor – hasn’t the Kodak moment past?

No. A private equity company bought Kodak’s sensor division and rebranded them Truesense Imaging. They’re now a standalone business in their own right and will continue trading.

Many people have a misconception about raw that it makes for better image quality. It is not a final delivery format. Nobody will watch your film in raw. Nobody goes to a cinema to watch a colourist work or a filmmaker adjust exposure. The final result doesn’t need raw. Only the process benefits from it.

Raw just means your footage holds up better to heavy grading and you can adjust the ISO and white balance in post.

Image quality wise ProRes on a Atomos Ninja is very good and high bitrate video (like on the GH2) does not suffer from visible compression unless you insanely push colour and curves, revealing gaps in the image data.

Raw just contains more of the original dynamic range and colour from the sensor. Again here the sensor is a limiting factor. There’s no point having a raw codec and limited dynamic range on the sensor. So I’m interested to see how the small Kodak CCD performs.

Now we have our large 35mm DSLR sensors and clean ISO 6400, do we really need a small 16mm sensor and raw? Personally I don’t but there are some people who do like to set exposure and white balance after the shoot, heavily colour grade footage and do VFX work. If you don’t intend to mess with your footage a great deal in post, the end result will look very similar to high bitrate H.264. There’s also uncompressed 4-2-2 on the Nikon D800 which although not raw can be stored at very high bitrates to ProRes 4-2-2. The Alexa also records to ProRes. So again – do you need raw? Also bear in mind that a raw workflow is also far slower and more storage intensive than ProRes, AVC-Intra or AVCHD.

Joe Rubinstein of Digital Bolex calls it “The first affordable digital cinema camera”. DSLRs are not designed as digital cinema cameras but they are used as such. Digital Bolex’s Elle Schneider says that the project has the same ethos as DSLRs, without acknowledging that DSLRs are already providing it. “[In the 1970’s] with consumer electronics [Bolex 16mm] you could create a really great film… But with MiniDV unless you had a lot of money, you couldn’t make a great film, so we really wanted to bring it back to the way it was.”

A lot of people are saying that RED pressured Canon and Panasonic into upping their game with digital cinema cameras – both in terms of specs and price and they expect the same to happen with the Digital Bolex. Unfortunately nothing could be further from the truth. The C300 does nothing to emulate either the 4K, high frame rates or raw recording format of RED’s cameras, and it is still successful. RED have not challenged Canon at prosumer price points yet, because the original 4K for $4K Scarlet failed. Panasonic’s AF100 is not a better camera because of RED. It was an early entry to the market by Panasonic at $6k which targeted small production studios, crews, freelancers and low budget TV production more than cinema production. If RED had an influence on pushing Panasonic, then the AF100 would have had a PL mount and Super 35mm sensor at the very least!

Will a niche raw 16mm Bolex push Canon and Panasonic, when RED hasn’t? No, not in my opinion – because Canon are not interested in providing for a niche. They have bigger fish to fry at much higher price points. And in terms of pushing DSLRs – again no, because a DSLR’s selling point is the large sensor, shallow depth of field, full frame lenses and high ISO performance – the Bolex does not compete on that front. It is for those who absolutely must have more gradable raw footage, no rolling shutter and 12 bit colour.

8. C-mount lenses – what is the deal with those? 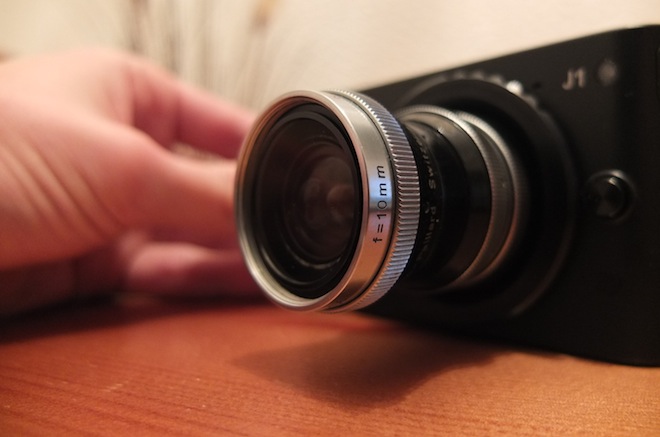 16mm cinema lenses come in c-mount and PL mount form. Modern CCTV cameras have adopted the c-mount. They’re designed to cover the 16mm sensor, roughly the size of the 2.7x crop sensor in the Nikon J1 mirrorless camera. You can already use most c-mounts on the GH2 – some cover the larger Micro Four Thirds sensor, or you can select the Ex Tele crop mode to simulate a small sensor.

I found through experience that good c-mounts – especially the vintage ones – go for very high prices. Canon FD or Contax Zeiss lenses for 35mm are generally far sharper, cheaper and more common. Using a follow focus with a small c-mount lens is not very practical. There are some superb c-mount lenses for ‘feel’ of image, like the Kern Switar 26mm F1.1 but these are $1500 and very rare. Computar do excellent CCTV and TV lenses like the 25mm F1.3 and 50mm F1.3 so these will be a good match for the Digital Bolex, but generally you are far more limited in lens choice for a small 16mm sensor and c-mount compared to a DSLR. There are some fast c-mount zooms but many aren’t par-focal, meaning that when you zoom the focus point slips.

I honestly can’t decide whether it is the future of small business investment and invention, or just thousands of optimistic people paying someone serious money (based on hype) for something they may or may not ever produce. Many campaigns that have generated over $100,000 are based on a promise laid out in a single page, which has caught people’s interest and gone viral because of blog coverage. It is a risky business for the backers.

If you went to an private investment company and asked for $100,000 you’d need more than a promise and a catchy Vimeo trailer.

Don’t get me wrong – I’m really pleased for the Digital Bolex project that they’ve reached a $100,000 target and beyond in 24 hours. It shows the power of blogs and online communities to get the ball rolling and people funded. At the same time, the thought of a digital cinema R&D budget of $100,000 being able to deliver where RED or Canon hasn’t does seem wildly optimistic to anyone with a realistic bone in their body.

It will be fascinating to see how this plays out.

10. So is the price and delivery date practical?

DSLRs are cheap because they are sold in volume. They are mass market products. The Digital Bolex is a very niche product and the initial batch which ships will probably be in the tens, not the tens of thousands. Because of the low volumes, margin on each camera has to be significant. The price point of the Digital Bolex seems too low for there to be significant margin on it as a business, margin that must be invested back into the business if it is to grow and not just be a flash in the pan.

Ikonoskop have a similar raw 16mm CCD based camera and are asking for nearly $10,000 for it, not $3300. This is a project which has taken years and the camera is only now just shipping. Digital Bolex state August as their ship date for the first cameras. That is a tall order considering the software to process the raw files for your NLE hasn’t even been written yet!

And finally. It would be great if this happened…

But bear in mind the reality…