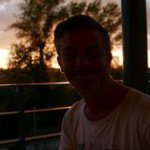 By Sebastien Farges,
February 4, 2014 In: ANAMORPHIC