Available to buy now - click here for details Cameras and displays have come a long way since the old standard definition Rec.709 standard came to be. From today, Sony's colour science now g 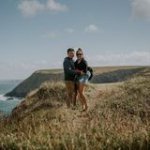 Shot this video for a Bible camp I was at last week entirely with Pro Color V4 HDR:

Some frames from a shoot I did this week. All shot on various Pro Color profiles (with some of my own tweaks here and there) below are frames from two a7iii’s using a customized version of EOSHD