Already installed. 1080p60 All-I 200 Mbit 10 Bit will be my GoTo for slowmo from now on. The details and noise structure are insane considering it's only HD video. Especially after Nnedi3 upscaling.

http://av.jpn.support.panasonic.com/support/global/cs/dsc/download/fts/index2.html GH4 - In VFR (Variable Frame Rate) shooting mode, there were cases where the image stabilization did not operate 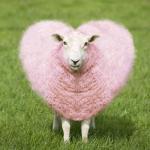 It looks like it works pretty well, when you stay within the realm of reasonable.  I'll never understand the jumping completely in and out of frame tests, Honestly who shoots that way.