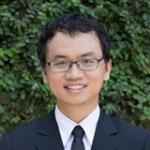 Are you actually here for help? People have given you advices but you're not willing to try anything new because it's a "shitty camera you will never buy."

Here's one way to get the camera close to a realistic skin tone.

Producing great color with the a7s II isn't that hard, You need great grading skills though. This was shot using slog 2 + slog 3.gamut (saturation to max and sharpness to -7), so most of the 8