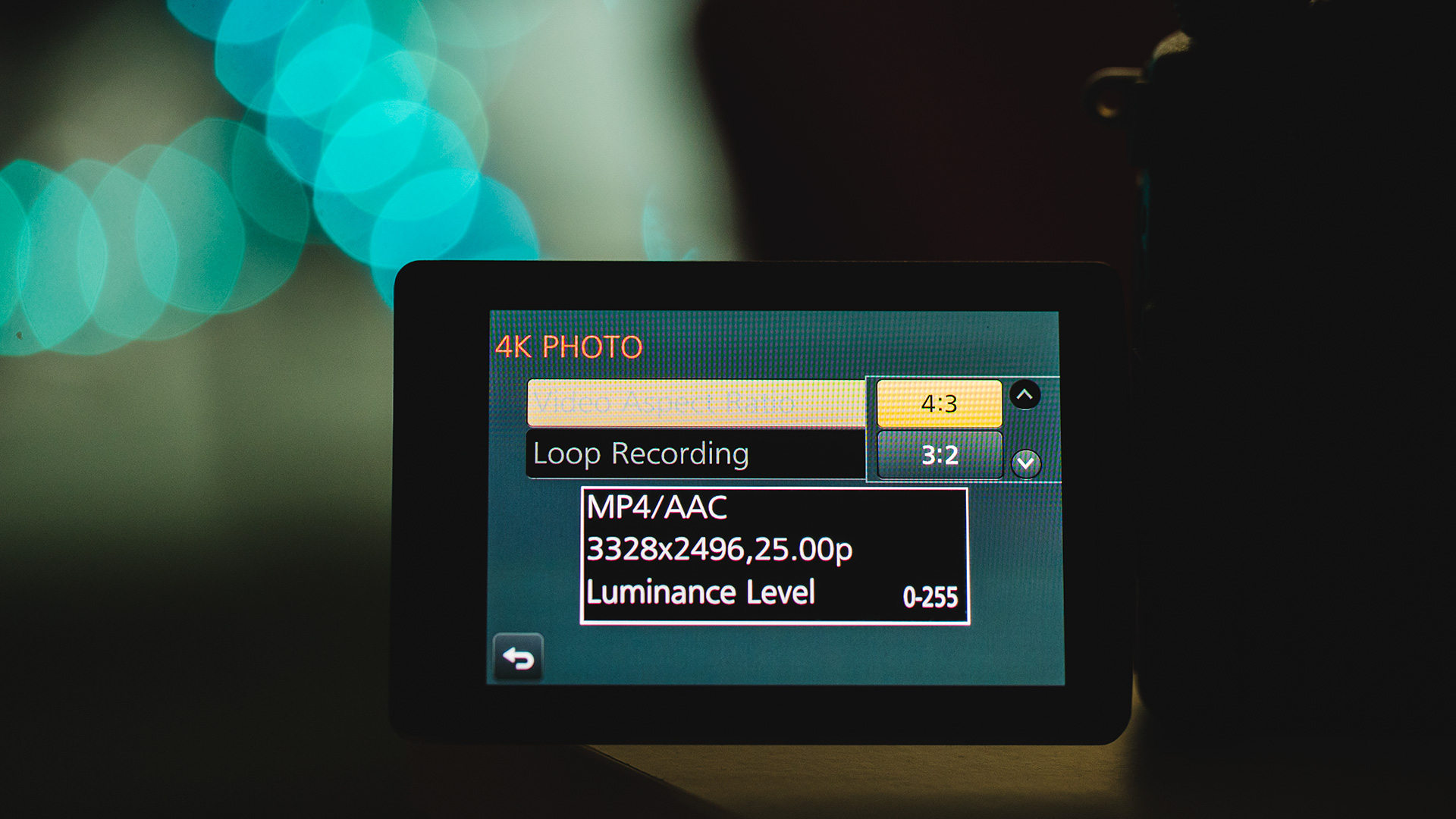 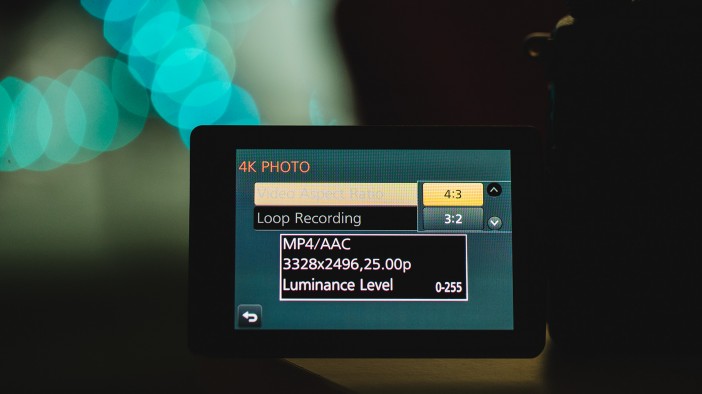 EOSHD: One of the new features of firmware V2.0 is 4K Photo Mode. How does it work?

Inoue: The purpose is for easy to use 4K frames, it started as a promotion for 4K video and expanded. Some photographers requested some small changes, such as: “please [allow us to]change the aspect ratios…”

Inoue: This one is NTSC so shoots 30hz, and in PAL mode you can shoot 25hz. [Also] for stills photographer…[they can] use loop mode…

(EOSHD notes: later in the day Matt Frazer of Panasonic in the US told me he was pushing hard for 24p in 4K photo mode so US anamorphic shooters could shoot at the cinema frame rate)

EOSHD: I can see how loop mode would be good for capturing unpredictable things like a lightning strike. Once you see it, you rewind and you have the still [like re-timing a shot in post, but in-camera and without hours of files to wade through].

Does it allow raw capture too?

Inoue: Ah raw recording this time we cannot do, but we have already understanding for raw movie capture, but the interface we need the external recorder. For 4K movie, we can only output 4K. If we only have 2K monitor and a 4K HDMI output they cannot ‘see’.

Inoue: Currently, it is not available but we have already received such a request from filmmakers, so we may have another firmware update for it after.

Maybe you could compress raw and store 1080p on the SD card like the Blackmagic Cinema Camera (2:1 compression)? Just my feedback really.

Well raw recording is also considered for our engineers. This is Photokina…so for this time we have a firmware structure for the stills photographer.

The only other camera to shoot 4:3 for anamorphic is the Arri Alexa Studio (which Roger Deakins used on the latest Bond film Skyfall)

Yes 4:3 anamorphic and 24p very suitable for the filmmaker.

Yes it’s very high end. And the enthusiasts want to use it too. (See the EOSHD Anamorphic Forum)

You know the HDMI cable is very wobbly for filmmakers, how about a hotshoe interface with a locking cable? Supply the video signal through the hotshoe then make a Panasonic video cable that goes into the hotshoe that is very secure.

General advice for Panasonic on anamorphic

From 4:3, a 2x anamorphic gave a wide 2.66:1 aspect ratio image for widescreen cinema screens. Later with the invention of sound, the audio track reduced the area available for the image, making for a 2.55:1 aspect ratio for anamorphic. With the introduction of an optical audio track printed into the side of the Super 35mm frame, the width of the area available for the image shrank further to 1.37:1.

From this even squarer area, the 2x anamorphic lens resulted in a 2.35:1 widescreen image known as Cinemascope. Today the digital anamorphic projection standard is 2.4:1 (technically 2.39:1).

For any Panasonic camera to support the cinema anamorphic standard, the following features should be implemented:

In the camera menus, the user needs to know what the anamorphic aspect ratio is when they select their lens and recording aspect ratio. Thus for 2x anamorphic lenses:

Download V2.0 firmware for the GH4 at Panasonic here

The procedure is to charge your battery fully so it shows 100% on the indicator when inserted into the camera, and to copy the .BIN firmware file onto your SD card. Then enter playback mode to start the update.

For those interested in learning more about anamorphic shooting and the lenses available to enthusiasts and filmmakers, the EOSHD Anamorphic Shooter’s Guide is the book to get… 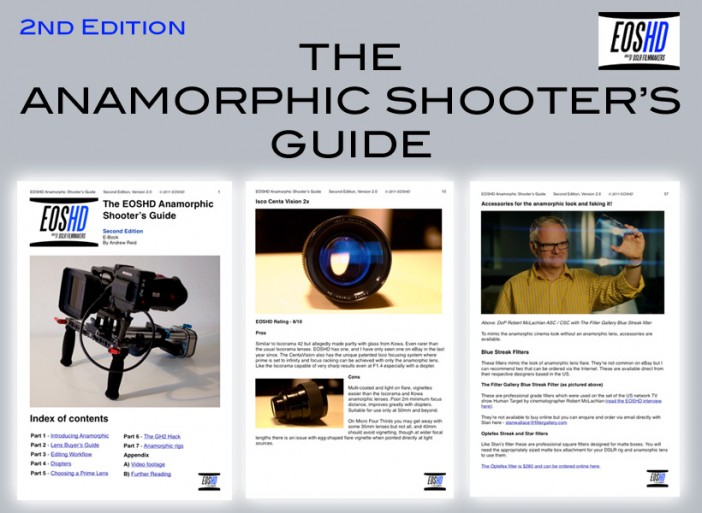