The Panasonic FZ1000 is a bridge camera, but is it a bridge that actually leads anywhere? Read my FZ1000 review to find out…

Bridge cameras tend to be a little slow, which defeats the purpose of having a versatile super-zoom at your disposal. I loved what I was able to capture so effortlessly with the Sony RX10 but even that was too slow and clunky at times. Even high end bridge cameras have all tended to lack the faster processors and more advanced features found in higher end cameras, so it’s a genuine surprise to see how responsive the FZ1000 is. 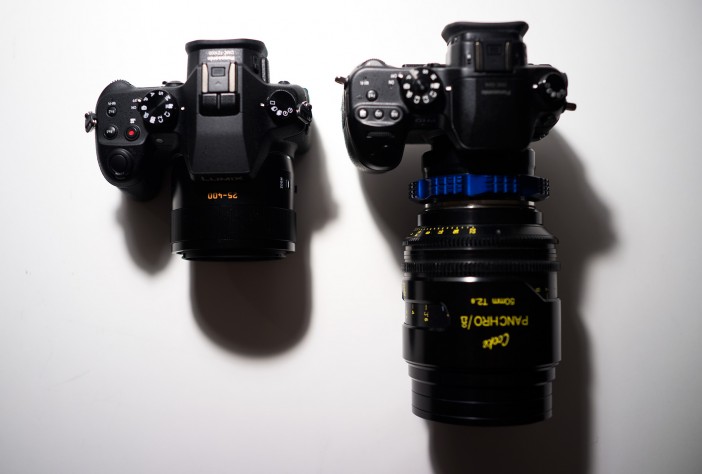 The FZ1000 ends up being an almighty time saver and shot grabber though.

It’s able to do a one-shot AF lock-on so well at the start of a recording that it gets moments other cameras will miss. All the time we spend checking manual focus on a DSLR, racking focus, changing lenses, using bulky zooms, even bringing two zooms along for the ride only to find none of them focus closely enough at the long end, all that time wasted and you realise how much quicker the FZ1000 is able to get a similar shot. The moment you spot a moment you can capture it.

The viewfinder though is better than the RX10 and it has 4K video as well as very effective-slow mo in 1080p at 120fps, where image quality is actually surprisingly good at the high frame rate.

4K also means more freedom in post to further recompose your image, as if the compositional abilities of that massive zoom range wasn’t already enough. For stills it is even better because 4K frames are print quality and in that sense you are shooting stills at 25fps or 30fps continuous. Spatial resolution, as in time capture increases 5 fold over a typical DSLR burst mode and it can go on doing this for 30 minutes at a time.

Now within your own directorial control, on a set or in a studio you don’t need to operate this fast or zoom so far – just sometimes – but out on the streets you do, all the time. Moments come and go in the blink of an eye. If you’re slow then you’re relying on serendipity to get any good shots at all. Any news shooter or documentary filmmaker will tell you that speed is absolutely vital.

When the FZ1000 was released it lacked 24p in 4K mode. Now that’s been added along with different aspect ratios in 4K Photo Mode like on the GH4.

Although the FZ1000 is not entirely free of feature culling via firmware to position it as a lower end camera than the GH4 it is actually surprisingly intact given the much lower price.

Three more things stand out aside from the lens and 4K codec at 100Mbit/s just like the GH4.

What’s not so useful?

Given the excellent battery life on Panasonic’s recent cameras like the GH4 and LX100, it’s a shame this camera does not use the GH4’s larger battery (after all the body is the same size) or ramp the build quality up to at least Sony RX10 level.

The camera is superbly light given the massive zoom lens it features, which makes for some very easy rigging… 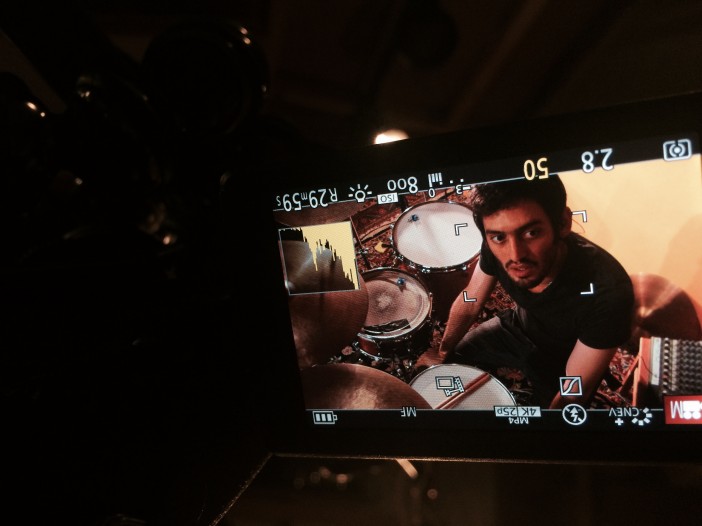 4K is more than ‘sharpness’

With no binning, averaging or line skipping and instead reading out 4 times the information that describes the image, you are naturally going to end up with a more life-like image closer to what the sensor sees in the first place. Be it for 4K or 1080p delivery, both benefit.

Dynamic range increases, the files feel chunkier to grade. Colour is richer, less thin and skin tones less plastic. And yeah, detail increases but it also looks far cleaner, with virtually no false detail, moire or aliasing in the final result especially if downscaling to 1080p in post. So to see 4K with all these advantages appear for under $1000 for the first time on the LX100 and FZ1000 is wonderful news for the consumer.

The 4K 100Mbit/s codec on the FZ1000 appears to be every bit as good as it is on the GH4 and it is double the bitrate of Sony’s XAVC-S implementation of 4K on the AX100. It’s also less than half the price of the AX100, more responsive, smaller and better ergonomically for both video and stills. It likely shares the same sensor too.

I’d choose it in a heartbeat over the Handycam and that’s not to say Sony are doing a bad job, it’s just that one particular products that failed to impress me. Anyone who wanted an AX100 but held off, should definitely now consider the FZ1000 if they haven’t gone for an interchangeable lens camera. For rolling shutter, dynamic range, low light – all the technical tests, these are coming in a separate article but the sample video above gives you an idea of what to expect for the first two. 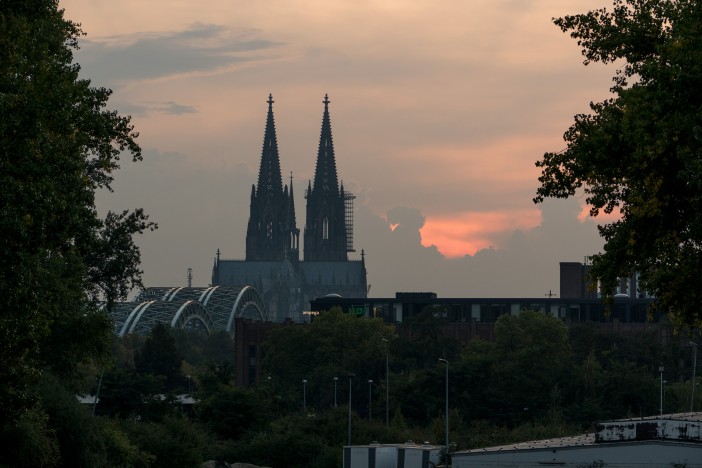 The sensor in the FZ1000 is a known quantity for stills, being very similar the Sony RX100 series of 1″ 20MP chips. It is DSLR quality by ‘compact camera’ standards but with Panasonic themselves having redefined what compact quality means with the LX100, the FZ1000 is left trailing in terms of sensor size and low light performance to a compact now.

The Canon GX7 has a similar sensor and so does the Sony RX10, but the FZ1000 has faster AF than both of them and a much more interesting lens (not that the RX10’s lens was in any way not interesting!)

DSLR quality also involves a degree of being able to separate your subject from the background even if the shot you’re pulling off is not a close-up. Are we talking RX100 III style problems here where you can’t get any separation of the subject and the background unless you are stood within a few centimetres of them? No, because the lens is a 9-146mm. On the RX100 III it is approximately 9-25mm. A huge difference. At the longer end of this reach on the FZ1000 you get an extremely shallow depth of field. Indeed even at 50mm, compared to 25mm you will get a much shallower depth of field and be able to punch in on your subject.

The EVF is good by any standards in this class of camera. It is far better than the RX10. It is right up there with the GH4 though the glass does have more edge smearing going on when you move your eye about the eyecup.

The panel seems newer in the FZ1000 with great contrast and colour, a smidgen brighter looking than my GH4.

I’m spoilt for EVFs now I have the Fuji X-T1 though, which makes the EVF on every other camera even the Sony A7S feel a bit pokey.

Slow-mo is definitely superior on this camera to 120fps on the Sony RX10.

In the menus it is dubbed High Speed Video, on / off. We have full 1080p at 120fps or 100fps depending on your region. The camera isn’t PAL / NTSC switchable unfortunately and you don’t have the same variety of variable frame rate options you get on the GH4. Combined with the rest of the features on the camera though, such as the 25-400mm lens, 120fps is a really special creative tool and produces results that are overall unique at $899. The quality is better than I expected, though the typical line-skipping is active as it is for similar slow-mo on the GH4 and A7S, meaning the HFR image isn’t free of moire or aliasing.

It looks at its best further away from the wide end of the lens and pointed at a human subject. The image is quite noisy in this mode so it isn’t a low-light slow-mo camera. The other issue is that stabilisation switches off, again a common thing with slow-mo modes on stills camera and I don’t know why. Stabilisation isn’t as critical for high speed video because when camera shake is slowed down so much it looks more like a gradual sway, but you still get some sway and OIS in this mode would have produced completely locked down shots. What a shame.

I don’t think many customers who buy the FZ1000 will miss an ALL-I codec but they might be pained to see AVCHD 1080p on there rather than the Quicktime MOV or MP4 wrapper. Playing and navigating the AVCHD folder is still a usability fail for Mac users, partly because of such poor Quicktime support for it still after all these years. 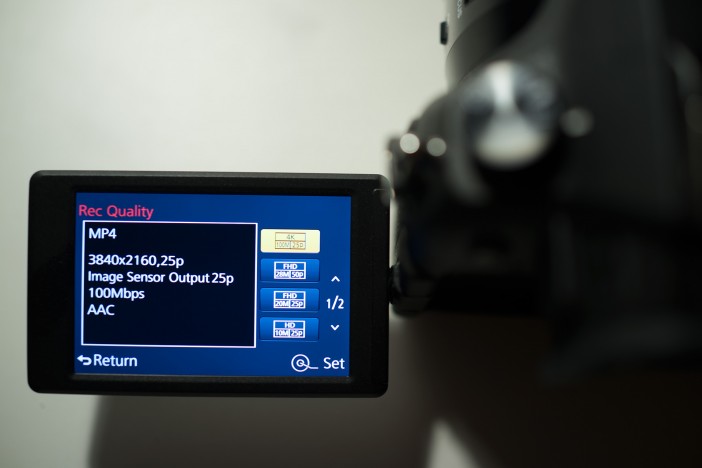 The FZ1000 has all the picture profiles the GH4 does including CineLikeD but it doesn’t have a few of the deeper fine tuning options in the menus like master pedestal.

I thought for a second Panasonic might have removed this because the average consumer doesn’t know what it is. But they left in the RGB luminance levels option, 0-255 / 16-255!

Sometimes picking up the FZ1000 it is easy to mistake it for a GH4. It’s good to see that like Canon, Panasonic have settled on pretty much one set of ergonomics for their stills cameras. Well, at least three of them! GH3 and GH4 users will be right at home with it, as will GH2 and G6 owners in many ways. Some nice touches for a camera in this price range… although overall build quality isn’t one. It has a mic socket and you can also control audio manually in-camera, same as the GH4. I count this as a small miracle.

It has two function buttons on the top near the mode dial, GH4 only has one. It has the same handy dial on the top left as the GH4 for shooting rate and timer. The same rear lever for focus mode. The same Fn5 button which also toggles between the EVF / LCD manually, Fn3 / Q-menu is present and correct. The playback button is better placed, accessible one handed on the right near all the other buttons rather than stuck out on the far left corner like on the GH4. There’s no rear jog wheel but I was never a fan of this on the GH3 and GH4 anyway. The d-pad has ISO, WB, AF and focus zone on directional presses and a menu button in the middle. The video record button is nice and accessible next to the shutter button and the shutter release itself can be used to start and stop video recording, though when the camera stops it is a bit like pressing the brakes on a London bus. Recording is not laggy to start though and that’s more important!

On the right where the card door should be there’s the HDMI port, which does have one benefit – the cables don’t point into your face if the camera is rigged up on your shoulder. However, this isn’t a camera many users are going to want or need to rig up. 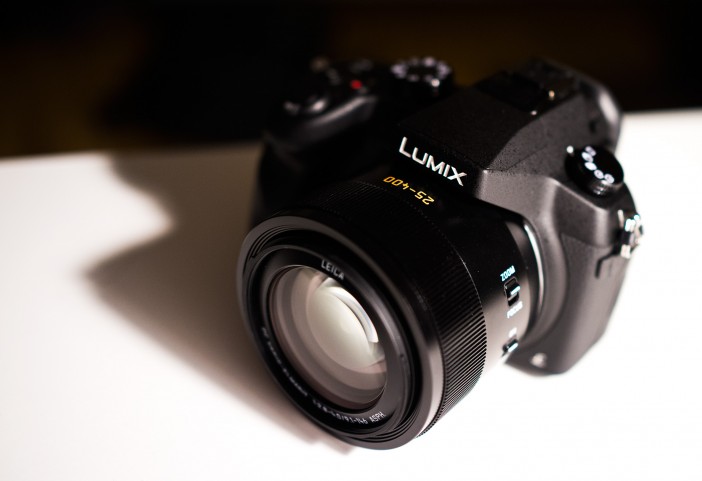 The lens ring has a dual purpose. It can be toggled between zooming action and focus. Now with the AF lock-on at the start of a shot being a nice fast convenient substitute for manual focus here, there are of course times when you want to rack focus during a shot. At these times, the camera offers a superb feel to the focus ring and a plethora of aids. This is really good for a camera in this class. Peaking works whilst punched into the magnified focus assist and you can set the magnified zoom to appear in a window rather than taking up the whole composition on the LCD.

Instead it is a shot grabber extraordinaire, a brilliant travelling companion and an all round fun experience. It’s easy to justify the FZ1000 as a second camera if you need a shot grabber.