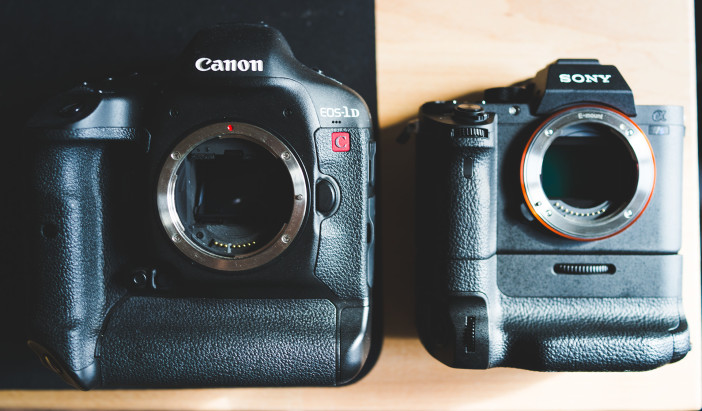 There seems to be some great optimisation under the hood of the new A7R II and A7S II firmware updates according to users on the EOSHD forum.

It’s been a great year for firmware updates. Clearly Sony, Samsung, Panasonic, Leica, Olympus and Fuji have listened to their users. We have a huge desire for continual updates. It is notable that Canon and Nikon haven’t taken the same view!

For the others, the various firmware updates of 2015 have been more about adding and improving features than fixing bugs. We’re talking major additions, for example Sony with ProRes on the FS7, XAVC-S on older consumer cameras which were AVCHD-only when released. Samsung with a whole host of new features in the NX1, Panasonic with V-LOG and anamorphic mode, Olympus with 24p, flat picture profile and S-OVF, Fuji with 24p, electronic shutter, AF improvements and much more on the X-T1. It is an approach sure to win new customers as well as keeping existing ones satisfied.

As a Canon 1D C user on the other hand am just thankful it can now shoot 25p not just 24p! Forget about peaking!

Now with the A7R II and A7S II update, this enables longer continuous 4K recording times with the battery grip (up to 20% longer). Also it seems the overheating cut off is now less of an issue with long runs. If the camera now runs cooler as a result of more efficient firmware, it gives me hope maybe Sony can enable 4K recording on the little RX1R II which has the same 42MP sensor as the A7R II. At the very least they should give it S-LOG. (Review coming soon)

For details of what the “4K picture quality improvement” is all about, check out A7R II and A7S II firmware update user reports on the EOSHD forum.

One thing Sony still need to look into is whether their ‘Soft Skin’ feature gets switched on over HDMI even when it is turned off in the menus. I’ve had emails from concerned users that this is the case and there’s also a thread about it on the forum too.