Above: Bearing a resemblance to the Box Brownie, the BlackMagic Design Cinema Camera will be available July for $3000

For too long the big corporate giants from Japan have been neglecting a huge burgeoning demand for a true next generation filmic camera for the masses… Despite stumbling ass backwards into it in pole position.

Now a company with a fraction of the resources best know for their external recording boxes (like the Hyperdeck Shuttle) BlackMagic Design has dropped a bombshell. They have entered the digital cinema market with a $3000 cinema camera that records 2.5K RAW with 13.5 stops of dynamic range to an SSD, with Thunderbolt and HD-SDI. A true next generation camera. 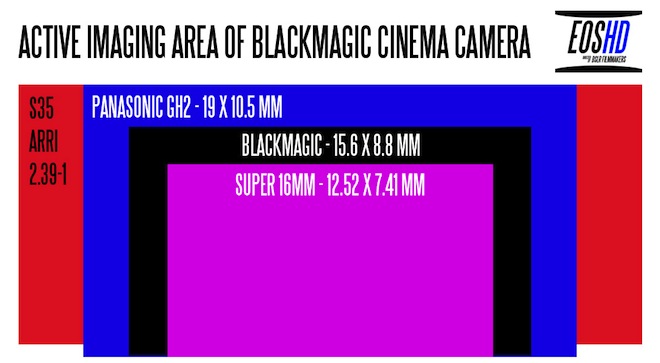 In terms of concept this is like a Digital Bolex but it ships in July with a large sensor. (I want that project to succeed just as much as this but how many must now be asking Kickstarter for their money back?)

The raw recording format is CinemaDNG 12bit. Pretty amazing. What is more – for those whose workflow / hardware is not ready for raw, the camera also records to ProRes and Avid DNxHD.

The LCD is a capacitive touch-screen like the iPhone which should be pretty responsive and allows you to input custom metadata… But I’d have preferred to have seen more physical controls for ISO, shutter, etc.

The lens mount is compatible with EF glass because it seems to be a longer 44mm-like flange, as on the 5D Mark III. To be honest that tube could do with being hot swappable down to a bare mirrorless mount with a flange under 20mm for compatibility with more lenses and a PL mount. Not sure if it is. The EF mount includes electronic control for aperture in much the same way Metabones does it for Sony E-Mount.

A very nice addition is HD-SDI and Thunderbolt (a first for any camera). These are great inclusions at this price point and makes the camera even more appealing to any pros dissatisfied with DSLRs. Thunderbolt makes use of the transfer speeds the camera’s SSD media is capable of delivering, which will come in handy for massive raw files.

This is just a picture making box. Like Apple, BlackMagic seems to get that adding simplicity rather than complexity makes for a better product. It is a machined aluminium block and the crucial interface ports are just as robust. HD-SDI is far better than HDMI. Audio connectivity is provided by 2x 1/4″ plugs which is more an audio recording studio standard than camera – these can easily be pulled out accidentally but they’re more robust than 3.5mm jacks and audio quality should not be an issue with these. The headphone jack though is 3.5mm like an iPhone.

This camera will be hot… It will sell out instantly. It will get hyped to death.

It is important to remember that this camera is a 1st generation product by a company new to the camera market.

As such – although it breaks the mould and sets the tone for future products, it is probably not going to be perfect or as good an all-rounder as more mature products from larger companies.

Will I be ordering one? Yes of course! Unless there are any huge image quality issues and the low light really sucks, it has a place in my bag because of 2.5K 12bit raw. 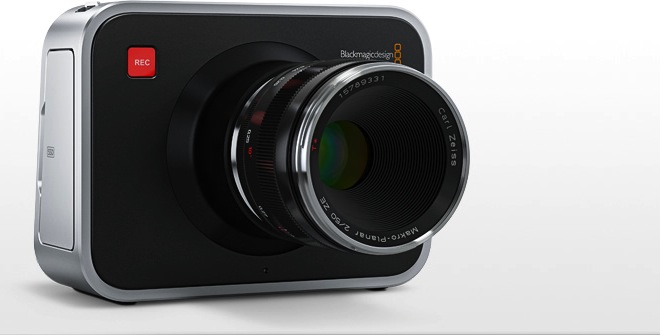 This camera sets the cat amongst the pigeons to say the least.

Canon recognised a need for large sensor cinema cameras but priced them for Hollywood and left DSLRs to rot. With Canon it seems they have tunnel vision. The announcement of the 4K DSLR with no 4K 25p, only 24p proves this. Nobody outside Hollywood or Japan exists! It is like building a car for a worldwide market and having it leave the factory with 3 wheels. Some, like Nikon, took 3 years to realise there was even a market! Some like Red aimed at the market but failed and went back to the Hollywood glitterati, their natural home. Blackmagic Design meanwhile could so easily have priced this raw camera at $10,000 and still sell out but the fact they didn’t is hugely significant.

The Blackmagic Cinema Camera may well clean up. DSLRs have a serious rival now.

To price it high would have made a massive margin and they’d still have sold out for months. But it would be penny wise, pound foolish in the long run. It is the price that makes this camera such big news. Up against the might of Arri, Canon and Sony, a company like Blackmagic would have had a very hard time of winning market share at $10k+ but the sub $3000 market is crying out for this kind of product.

Then having established themselves here, they have the foundations and reputation for a higher end model.

Some rivals are already pushing into the future like Sony, whose FS700 is very appealing and seems to have significant benefits over the Blackmagic in terms of 4K, slow-mo, low light and a larger sensor but no raw 12bit. In the end it will all come down to image quality, workflow and price.