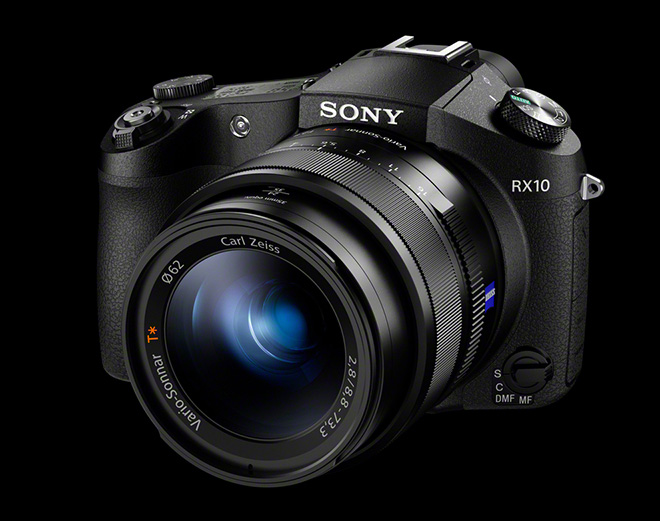 According to Imaging Resource the new video mode of the new Sony RX10 with 1″ sensor is a big step forwards. The RX10’s sensor reads out the entire 5472 x 3080 frame at 60fps sending the maximum amount of raw video data to the image processor.

The new Bionz X processor is designed to take the 5K video stream (for the first time). The advantage is that Bionz X can intelligently downsample and compress to 1080p from a much higher baseline than usual.

The RX10 is a $1300 fixed lens 24-200mm F2.8 (constant) bridge camera with ND filter and a sensor that sits between Micro Four Thirds and Super 16mm in terms of size. An XLR audio adapter is available.

Until now DSLRs had to downsample and throw away tons of data on the sensor even before the output reached the image processor, resulting in moire and aliasing.

Promisingly the new Bionz X is also in the Alpha A7 and A7R full frame cameras. There’s no indication whether the very promising A7 and A7R have CMOS sensors with this kind of mega-bandwidth readout though.

Full pixel readout has been restricted to smaller sensors to date, with the Nikon 1 sensor from Aptina and the Galaxy Note III sensor both capable of 4K output at up to 60fps.

With the processing power increase in Bionz X clearly Sony are paving the way for 4K in their high end system cameras and compacts. 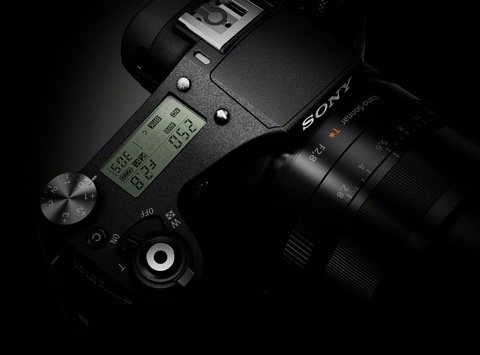 Where the Sony RX10 really breaks new ground for video, though, is that it’s the first camera we’re aware of that reads out the entire sensor pixel array for every frame, performing sub-sampling/video anti-aliasing in the processor. This potentially addresses the huge bugaboo of still-camera video recording, namely the tendency towards moiré and false-color artifacts, thanks to the mismatch between still-image and video resolution.

Pretty much every digital still camera we’ve tested produces very noticeable moiré patterns and color artifacts in its video. (The Canon 5D Mark III deserves note as doing better than most, but even it still shows some level of video artifacts.)

The issue is that a still camera has to get rid of a lot of its image data in order to output a 1,920 x 1,080 video image. They usually don’t have enough processor horsepower to do a proper job of sub-sampling the image in the vertical direction (across scan lines), so resort to simply skipping rows of pixels, jumping 2, 3, or 4 rows for each one actually output. The problem with this is that the image data is way undersampled from an image-processing standpoint, so moiré and artifacts are pretty much guaranteed. It’s not that the industry doesn’t know what to do to prevent the problem, it’s just that there isn’t enough processing horsepower available to do what the job requires. Until now.

Besides its advantages for still image processing, the new BIONZ X processor in the Sony RX10 has a special LSI front-end processing section ideally suited to processing huge amounts of video data on the fly. For the first time (that we’re aware of), the RX10’s processor clocks the entire 20-megapixel image off the array up to 60 times/second, and then sub-samples (think of it as a special class of signal averaging) the raw image data digitally, to produce the final 1,920 x 1,080 video image. Doing so effectively performs a low-pass filtering operation on the video data, thus greatly reducing the propensity for moiré and false color artifacts.

While our sample camera was only a prototype, we did take it outside and challenge it with some subjects that typically produce bad moiré or false-color patterns with cameras we test. The results were very encouraging. It didn’t completely eliminate moiré patterns, but they were greatly reduced relative to just about every other camera we’ve seen, and there were no false-color artifacts to be seen anywhere. Not only that, but the video itself was very clean and crisp-looking, so the reduction in false color and moiré didn’t seem to come at the expense of mushy subject detail.

We have phones like the Samsung Galaxy Note III now which can do a similar thing on hardware costing no more than $500 at retail, much less to manufacture.

Why have Sony, with their huge 4K marketing push, not yet utilised their sensor to its full extent?

Sticking to 1080p and AVCHD is disappointing but there’s a technical challenge to overcome with 4K on DSLRs.

Canon’s 1D C had to use the dated MJPEG codec to write 4K video to Compact Flash cards. Currently the H.264 standard requires a LOT more processing power and compression to do 4K. It is possible Sony are waiting for the more efficient H.265 standard to be ratified before offering consumer 4K video. This would allow higher image quality on SD cards for 4K.

On the Galaxy Note III the compression is so high to get the phone to write 4K video to the media, almost all the detail above 2K is smudged away.

Clearly sensor technology is ahead of the game and Sony have now made a nice step with Bionz X on the video processing side, which will hopefully benefit the A7 and A7R… But 4K will have to wait until the compression and card media side improve further. One solution in the interim would be to offer a SSD recorder in the form of a battery grip which will act as a direct tap on the 5K sensor feed in the RX10 and write this in ProRes format to the faster media – but this takes the camera beyond the comfort zone of most consumers and pushes up against Sony’s high margin pro-video line.

So far the RX10 looks to be a very handy step up on a standard DSLR for video, if you don’t mind the fixed lens mount and smaller sensor.