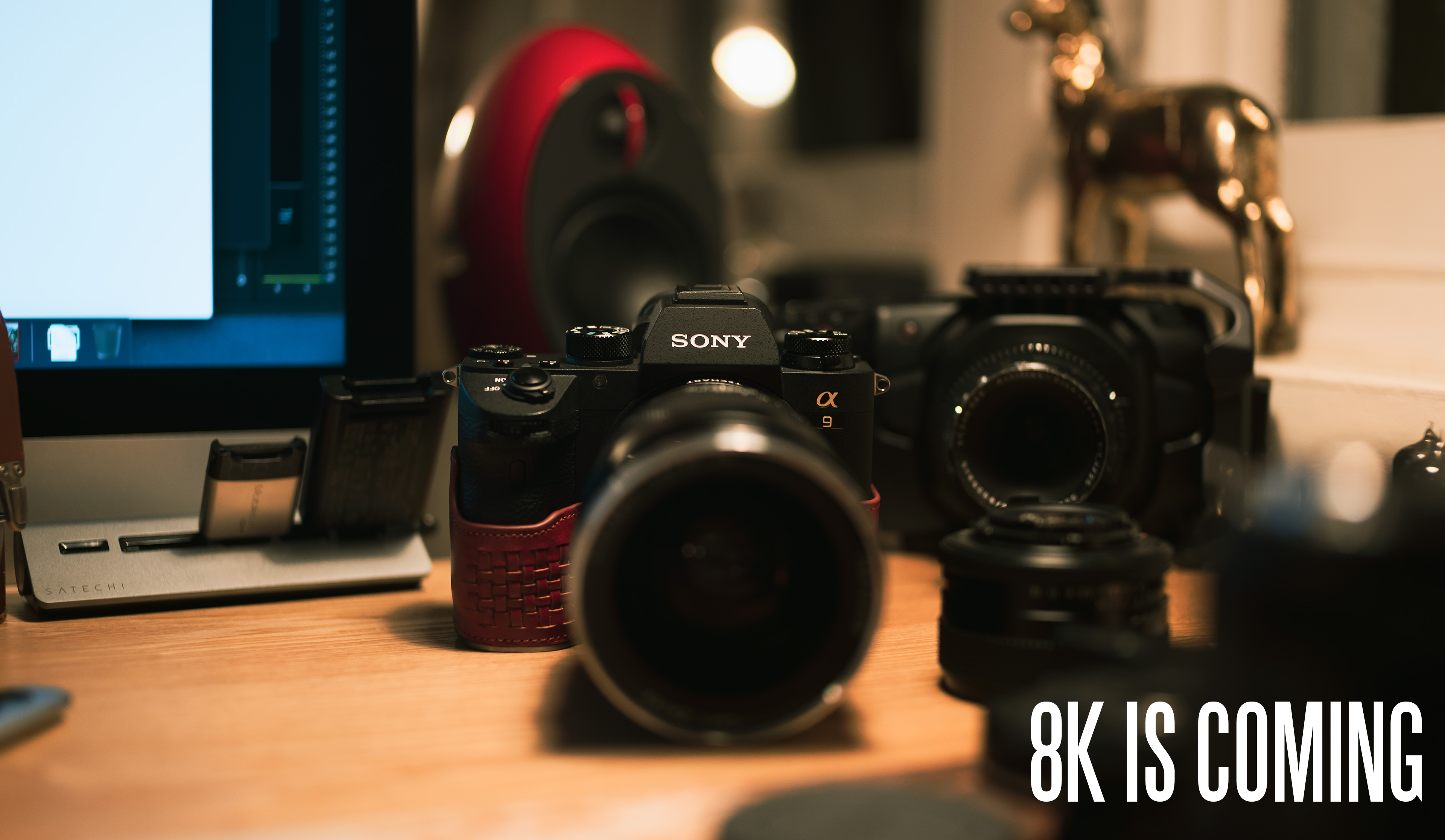 Sony has developed a duo of 8K capable full frame sensors, which will soon be released in two Sony cameras. That means out of the upcoming A7S III and A9 II, only one of those will feature the high resolution 8K 36MP sensor, with the 60MP sensor likely going into the A7R IV. Interestingly Sony will make the sensors available to customers, which mean the 8K 36MP sensor could see its way into a full frame Panasonic GH or SH camera.

The first 8K TVs are now on the market (Samsung QLEDs) and cameras are next.

Sony is known to have developed a new 60 megapixel and 36 megapixel sensor. Those eagle eyed enough would have spotted that the leaked resolution of one of those sensors at Sony Alpha Rumors (SR5) correspond to a full pixel readout for 8K, whereas the 60MP sensor uses high quality weighted pixel binning for 8K (like the A7R III does for 4K).

This sensor is likely destined for either an A7S III or a pro model such as the A9 II.

Which one, depends on what Sony’s strategy is for the A7S III. 8K does not lend itself naturally to low light performance at very high ISOs.

The 36MP sensor is a FAST sensor with on-chip AF, perfect for sports at high continuous shooting rates.

Could it be for the A9 II rather than the A7S III, which traditionally has a lower resolution sensor to enable the very high low ISOs the A7S series is known for?

The other rumoured sensor is easier to place. It is a 60MP stills-orientated CMOS very likely destined for the A7R IV. It too does 8K video, but not with a full pixel readout.

Although it isn’t clear whether Sony’s image processor will enable the full 8K @ 60p, or cap it to 8K @ 30p, both sensors are capable of 8K 60fps readouts. In addition the 60MP chip is down on paper as enabling 1080p at 300fps. This will probably be capped at 240/250fps in-camera. It has weighted pixel binning like the A7R III and Nikon Z7 sensors to improve image quality in 4K and 8K from the pixel binned sensor output.

In terms of colour depth, the 60MP sensor has a 16bit A/D converter, for the best quality in stills mode, but this reduces the speed of the readout to 4.6fps.

The 36MP sensor also has a 16bit A/D converter, but is able to go to 10fps for stills at the top colour depth.

At 14bit which is the bit-depth likely used for continuous shooting in the forthcoming cameras, the 60MP sensor does 12fps and the rate for the 36MP sensor isn’t stated, but is likely to be around double at 24fps, improving upon the A9’s 6K resolution sensor at 20fps.