Today I was at the IFA 2011 consumer electronics show in Berlin.

The full EOSHD show report for DSLR video will appear on DPReview.com. Until then, here are some snippets of information I was able to gather throughout the press day here.

Much of the show was still actually being set up but Sony had their area finished. The A77, NEX VG20, FS100 a pre-production NEX 7 were on display. 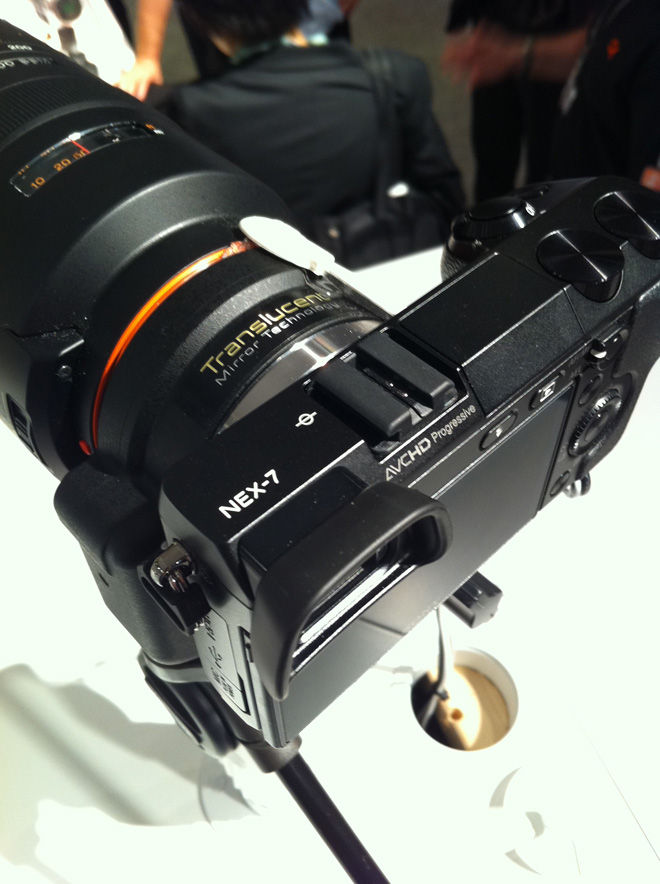 The A77 was a mixed bag to be honest. The crop when you enter video mode reduces the nice APS-C sensor to something more like Micro Four Thirds but the OLED viewfinder is fantastic. The NEX 7 however had no such crop and is mirrorless so you can adapt more manual focus lenses and PL cinema glass to it. I preferred it.

Notable new lenses were the Zeiss 24mm F1.8 E-Mout, Sony 50mm F1.8 OSS E-Mount and Sony Alpha DT 16-50mm F2.8 SSM – they are a great step forward. The SSM is for the Alpha mount but was working on the NEX 7 via the new Alpha SLT adapter, though it was rather buggy crashing the NEX 7 several times! All these issues will be sorted out on the production cameras in November and keep in mind that the footage above is also from a pre-production model and not representative of the final camera.

The A77 seemed to be limited to just ISO 1600 in video mode. That’s not nice. On the NEX 5N the maximum is 3200 (like the GH2). I picked mine up afterwards and will shoot some footage with it this weekend. The 5N does have a bit of moire but not to the same extent as Canon. I did not notice it on the NEX 7 but only shot a very limited amount of footage. The VG20 has a very small amount of moire but it was very very slight and only on the most extremely fine details. 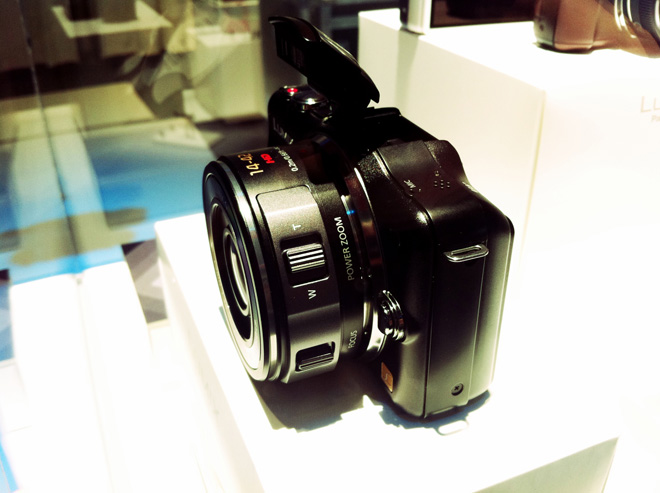 I was also given a short tour of the Panasonic stand where they had the new PZ (power zoom) X lenses on display. Build quality is good, optical quality good and the zoom is completely silent. However on the model I tried if you zoom in video mode the image juts sideways as the zoom reaches the long end of the range, so it might not replace a camcorder as well as Panasonic may hope.

What is good about the new zoom is that it is truly pocketable for stills. Between a GF3 with PZ 14-42mm and a high end compact like the G12 it should now be a no brainer, because both are pocketable with retractable zoom lens. The PZ makes the GF3 a great point and shoot option, something that is no longer the unique selling point of compacts. For most average consumers I know, zoom lenses and pocketability are top of their lists. I believe this will be a big sales boost for Panasonic.

Other new mirrorless offerings was a nicely styled Samsung NX200. Although it has manual controls in video mode and a very nice OLED screen, it lacks 24p. It’s noisier than the 5N and video from it is quite heavily compressed 1080/30p. There’s a fair bit of aliasing as well. Close but no cigar from Samsung.

However I do like the ‘feel’ of Samsung’s colour and overall tonality.

Elsewhere in the show new Samsung Galaxy smartphones, and several new tablets including one from Sony which is like a Nintendo DS!! The Tablet P was very enjoyable to use even for email – with the top plain acting as a vertical screen with the keyboard on the bottom horizontal plain – a bit like the old Nokia communicator! Will it be a form factor that finally takes the fight to Apple? I still prefer the iPad I think.

Check EOSHD for the Sony NEX 5N review and footage in the next few days. 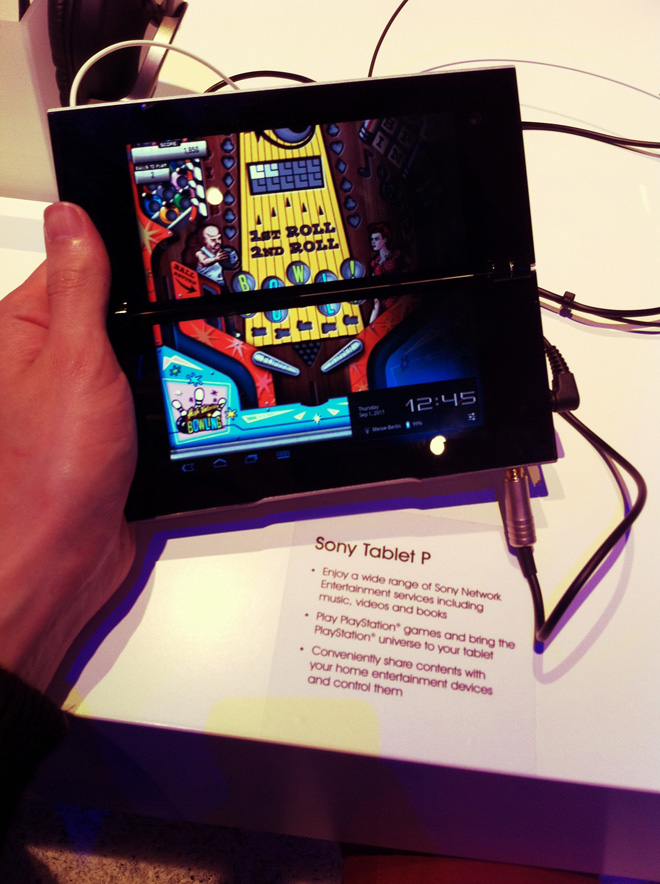 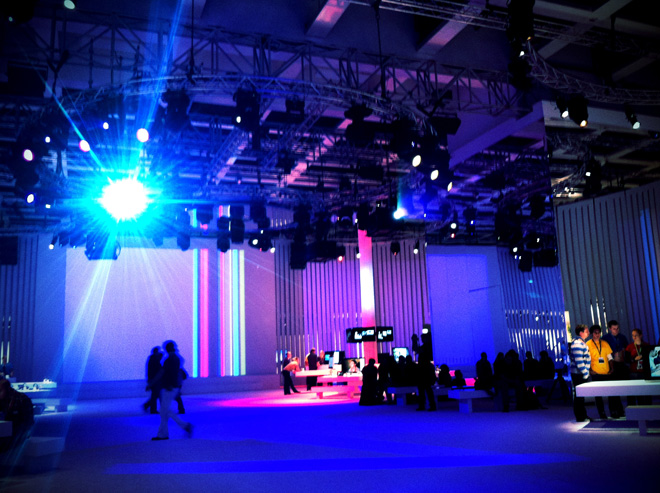