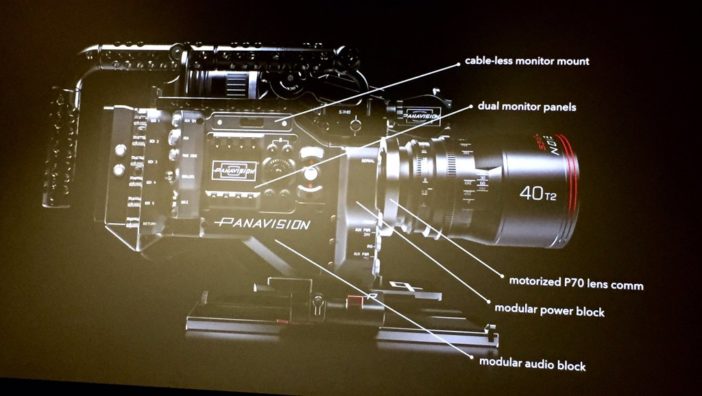 This information is from the Panavision DXL microsite.

Previously (and a long time ago now) Panavision partnered with Sony to develop the Genesis, a camera Sony released under the Cine Alta name as the F35. This time it looks like there’s been a tie-in with RED as the r3d codec is quite exclusive, with many of the raw compression patents held by RED. There are similarities in the sensor area here too.

Panavision claim the camera works in harmony with their lenses and that the camera brings an Arri-like attention to detail to the ergonomics of the camera, which should be more than ready to slot into most workflows in the film industry. Even the 4K ProRes and DNx proxies are probably more than enough for broadcast and documentary, whereas the 8K RAW appeals to top-flight DPs on major features.

Certainly a very future proof tool, the camera will be available to rent in Q1 2017. It will be interesting to see if the Panavision DXL can take a chunk of the rental market away from Arri and RED, or whether it will remain a niche camera with a few feature films to its name. I certainly wish Panavision all the best of luck with what looks to be the absolute vanguard of camera technology in 2016.