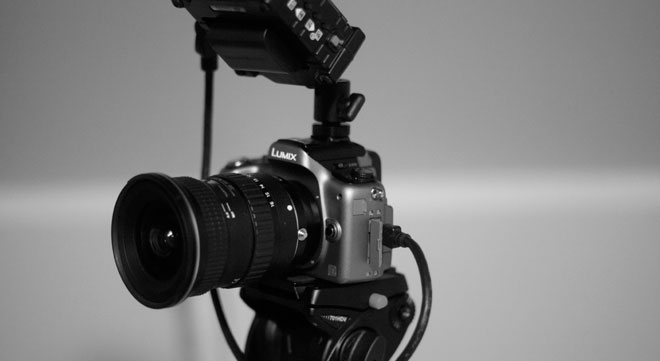 The GH2 is the only true hybrid video DSLR. Video on all other DSLRs is an add-on but on the GH2 it is a core feature. It is an approach Canon will eventually take with the 4K Cinema EOS DSLR in what is going to be a very exciting 2012 – hopefully it will have an EVF and you can pluck stills from the 4K video stream. But the GH2 is currently the trail blazer in video.

Imaging Resource’s David and Arthur Etchells caught up with Panasnonic’s Darin Pepple at CES to see how Panasonic currently view the GH2 hack (“Like souping up a car, go for it!”) and their plans for the GH3 and future lenses (constant apertures, powered zooms).

Panasonic say that the R&D on compact camera sensors will lead to improvements in low light capabilities and colour for Micro Four Thirds.

“We do utilize the BSI technology [on the FZ150]. And as I kind of said earlier, that the technology drive in the smaller sensors has been amazing over the last few years. The amount of R&D and effort to improve the low light capabilities and get the great color out of those things – that attention when placed into Micro Four Thirds will take us to the next level.”

And also on the image processor front, Panasonic say they learnt a lot from the improved processors developed for the G3 and GX1.

“Now, we can apply this technology to the GH2 sensor in the future, and you can imagine what we can do. I think we will reach that level very soon.”

Panasonic “do read the blogs”

Panasonic say that interest in the GH2 seems to be sharply divided between either / or stills and video, not both together.

“The GH product almost has a split brain. When I talk to people and I read the blogs – I participate once in a while on a few blogs just to see what people have to say – and there are two distinct worlds; video and still, at the high end.” 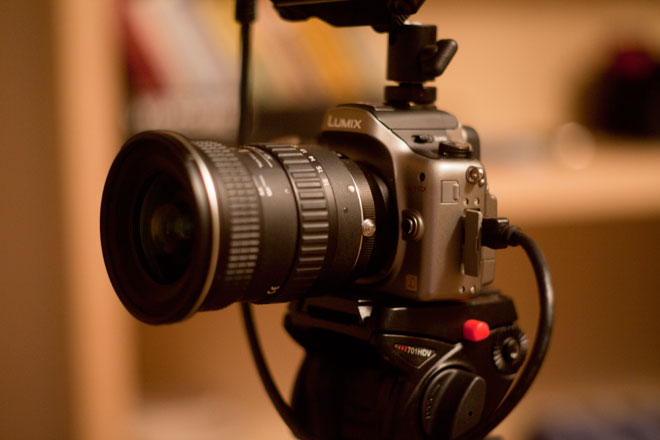 Panasonic “do appreciate the hack”, and are ‘learning from the fringe, taking small steps’

Although they won’t officially support and it and the hack voids the warranty (understandable since Panasonic don’t want a huge number of cameras failing under warranty from being pushed too far) Panasonic do appreciate Vitaliy’s creativity and the ‘pushing of boundaries’.

“We do take a look at what they do, and we take it very seriously, because obviously that’s what the customer wants. There are some limitations within the hardware and within the system specifications… Yes, you can go outside that with some hyped-up features and firmware updates and that sort of thing, but then you’re outside the normal specification, and for us as a manufacturer, we really have to stay within it. At the same time, we know the level that the sensors can handle, we know the amount of cooling it’s going to take, and to push it past it’s limits, you’re going to degrade the life expectancy of the product. Now, with a hopped-up camera, you somewhat expect that. You know, it’s just like a car; if you push your car to the limit, you know something’s going to happen eventually, right? So, as a consumer, go for it! But as a manufacturer, we have to stay within the limits of the standards and what we know the system itself can handle long term.”

GH2 has an all-digital sensor for improved 1080p, successor will maintain strong focus on video side

The GH2’s sensor is an all-digital design, it is rare in that it does all the analogue to digital conversion onboard at each readout line. This makes it far more expensive to produce but faster at getting a really clean video stream to the image processor.

“Much has been talked about a successor for GH2. The GH2 has been out now for a little over a year, so people are wondering about the next model. There’s no one great thing I can say that we’re going to plan on and actually produce right at this time… But I think what you’ll see from us is to continue on trying to get a better and better and better video output for it.”