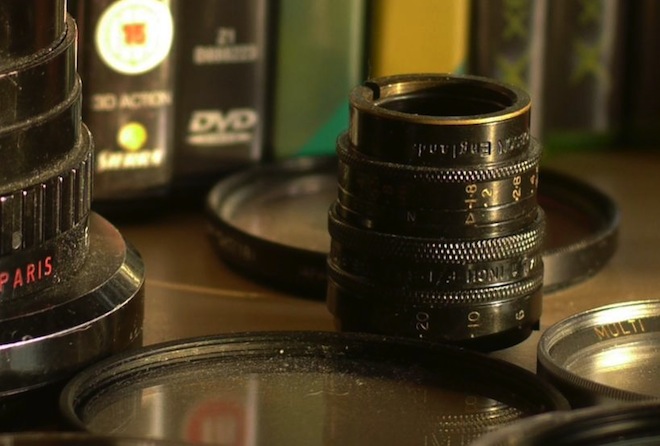 UPDATE 2: This will give you a visual idea of the extent of the crop – [url]http://www.twitvid.com/GHWFB

UPDATE 1: Vimeo does not display AVCHD .mts files in full resolution, reducing it to a very compressed 720p format. If you are a plus user, download the original file at Vimeo here (right click this link, save as). The image above is not representative of the resolution that is being delivered by the GH2’s crop mode. That is an actually 1:1 crop to 820px wide of a frame from the AVCHD but it is heavily compressed by my site’s content management system. So watching the AVCHD video file is HIGHLY recommended.

I am seriously excited about this feature. Here are the bare facts sans sugar:

With that, we introduce the GH2’s secret weapon – 1:1 crop mode…

1:1 crop mode is a tap directly into the sensor, it takes a 1920×1080 window from the centre of the sensor so no scaling or image processing is required. It then takes this RAW sensor data and bypasses the usual image processor completely, sending it direct & uncompressed to the encoder chip. It’s stored in AVCHD 24Mbit, 24p but unlike the GH1 this is a decent rock steady implementation of AVCHD – a bit like the AF100, with b-frames and just more advanced all round. It looks better than the GH1’s hacked 44Mbit AVCHD.

The big gain comes not from the GH2’s sensor (though that is excellent, banding is totally fixed it’s cleaner than the Canon 60D at ISO 3200 – a big surprise) but it’s oomph under the hood, CPU wise. Image processing is now where the Lumix team in Japan have a clear lead over their compatriots in another building at Canon. 2 year old DIGIC 4, thanks to the next chip’s rather long gestation is now significantly long in the tooth especially for video, and the new Lumix Venus HD 2 engine is just flat out more advanced in every single way – 2010 versus 2008, simple as that.

Venus HD 2 is a 3 core CPU and new architecture. The 7D has a dual core CPU, 60D & 5DMk2 just traditional single core DIGIC 4 which explains the reduced res HDMI output whilst recording on the 60D / 5D – just not enough power. The dual core DIGIC 4 though does nothing to improve video processing & encoding, because Canon are saving it all for a big leap with v5.

The GH2’s speed boost is noticeable in other ways. Manual focus assist is very snappy, zipping across the screen compared to it’s sometimes sluggish behaviour on the GH1 and any sign of operational lag is absolutely gone. This is a FAST camera. And very usable too, but I’ll save all the details for my review later.

So to the crop feature… the resolution is superb – 1:1. Like the Alexa. Like the Sony F3. No scaling from silly high resolutions and binning half the data!

The effective size of the sensor is smaller, more like RED Scarlet, but can still achieve a very shallow depth of field with a fast lens. The crop magnifies the focus plane, making it less narrow relative to the whole video frame. But it doesn’t change the characteristic of the lens, only the camera’s interpretation of said lens.

It is quite a significant magnification, exactly what factor I’m yet to determine. So crop mode is not for wide shots in cramped spaces! An 85mm for example, portrait length on the 5DMk2 is already telephoto on the smaller GH2 sensor (think 170mm-ish). With crop mode that goes crazy long but also minimum focus distance gets shorter which is an advantage.

1:1 crop mode makes macro lenses obsolete in a stroke. Crop mode turns even a middling 1m minimum focus 50mm prime into a super duper macro lens able to resolve individual pieces of dust from a good few metres away, or a human face full-shot close up from across a wide street, with a mere 85mm Zeiss.

For telephoto video, wide and fast c-mount lenses, and macro – this is a huge benefit. In effect you’re getting a ultra long telephoto (800mm plus) from a standard DSLR lens at F1.4 with no sacrifice to image quality, or a ultra cheap cinema prime – think 13mm c-mount, which behaves on the GH2 in crop mode like a 50mm standard lens on the 5D Mark II.

Canon users can best imagine the image as focus assist mode in live view, but double the resolution and projected onto a huge screen… the output is astonishingly high quality.

It is the best feature in a video DSLR yet. It’s also a glimpse into the future, image quality wise. It’s pretty close to what RAW will look like on a DSLR in terms of detail, resolution and the clean uncompressed feel of the image.