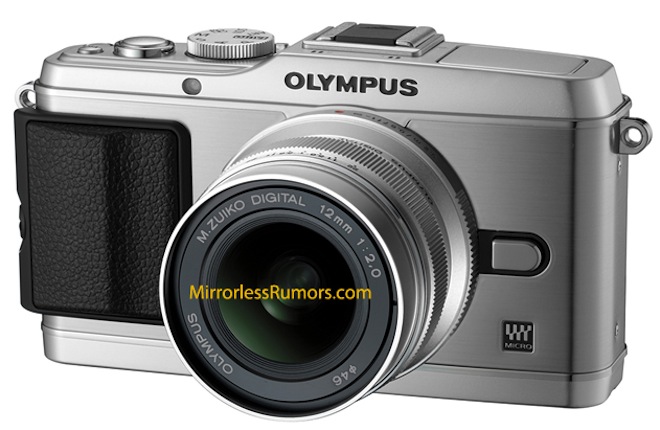 Olympus’s new high end mirrorless camera the EP-3 has been leaked to 43Rumors.com. Here, EOSHD takes a look at the video side of the new Olympus flagship.

There are big improvements to video, with full HD AVCHD, video optimised lenses including a 12mm F2 and a new kit lens. The screen has had a huge revamp too, soundly beating the GH2 with a OLED 600k display.

Olympus have done what Panasonic should have done, ignore marketing and peg the megapixels back. This will give the EP3 better low light performance than the GH2 provided the sensor uses current technology and is not just a tweaked version of the old one. ISO goes to 12,800 and the new image processor is dual-core, which means full HD video and better noise reduction.

The good news is that this highly anticipated lens is optimised for video. It features a silent AF system, which is faster than the GH2’s and even faster than most DSLRs. The aperture is also silent. AF tracking is supported although whether that will function for video is not yet 100% clear. Either way, I am buying this.

The new CMOS sensor not only captures red, blue and green visible wavelengths of light but also infra-red. This channel is used for faster AF performance.

AVCHD is recorded in that lovely non-cinematic 1080/6oi format. This isn’t the end of the world.

The sensor output is likely progressive, as it is on all current CMOS sensors. With a 25p output on the PAL model, you can at least extract 25p from the 50i interlaced wrapper. On the NTSC model it is likely to be 30p inside 60i. It’s also possible the sensor outputs 60p like the GH2, for faster AF and that the image processor discards half the lines per frame. The Olympus press release does not currently give us the sensor output frame rate.

Although the camera’s HDMI output can be converted on-board to an interlaced format, like it is with the GH2 when you playback native 24p through it the actual recording must also be interlaced for consumers who playback video via an SD card slot in their TV or set-top box, where the electronics of the TV or box might not support conversion from 1080p to 1080i. Interlaced should be crushed as soon as possible.

The EP3 also has AVCHD 720p, probably at 60p but not yet confirmed, and an MJPEG mode.

Olympus allude to a new function on the EP3 roughly translated as ‘Live Guide’ which allows quick access to aperture, shutter speed and ISO. They say that ‘unlike on rival cameras, it is also available in video mode’. This is a slightly grey area of EP3 so expect an update on this following the official announcement.

The new kit lens is fantastic. HD optimised, 100% silent and taking after the alloy construction of Sony’s NEX kit lenses.