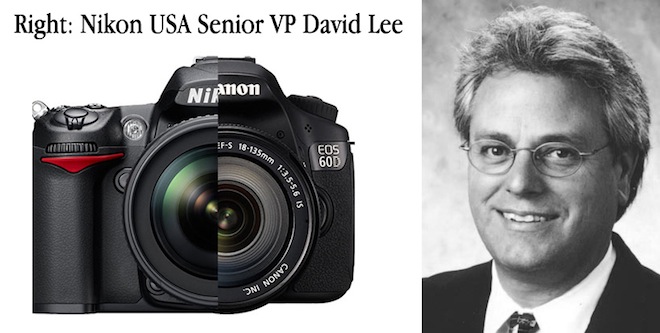 Nikon have seen huge demand recently for their first 1080p DSLR, the D7000. In an interview with Imaging-Resource at CES, Nikon vice president David Lee says that he… “really believes a very important feature, and that when we came this past year with the full 1080p, those models have really taken off”.

When asked if he thought customers were actually using video on DSLRs, Lee said he did, although he had no hard data on it, “what he saw on the shop-floor around DSLR video accessories” was enough to convince him “anecdotally”

When asked if the strong demand for DSLR video was going to drive engineering and product development, Lee replied “Absolutely”.

Seriously, this is just ridiculous. If Nikon had their eyes open they’d have noticed a strong demand for DSLR video as far back as the D90 and Canon 5D Mk II, and why do they still not have any hard figures from market research on it, and where are the Nikon DSLR video accessories such as rigs, monitors and video optimised lenses? Its extraordinary that it took them nearly 2 years to put 1080p on a Nikon DSLR. The D3S should have had it first… they blundered and sales suffered accordingly.

Even more astonishingly, why haven’t Nikon entered the video camera market and why did they not drive market demand earlier, before the market itself gave them the green light to do so? Aren’t they supposed to be trail-blazers?

It was clear a good year and a half ago now that DSLR video was going to change the market and turn video on it’s head, and Nikon’s response has been to bring out ONE product worthy of attention. For me this shows a problem of leadership. Companies like Nikon should not be reacting to the market they should be leading it. The direction the market should take must be dictated by experts not consumers.

I believe that camera companies consist of experts. The best in the world in fact. I, like you, rely on these people to produce a good camera.

But there is a worrying trend in modern business for companies to look to us, and the market, to tell them what sort of product to make.

It reminds me all the time of that classic episode of The Simpsons when Homer’s brother asked Homer to design him a car, which was a disaster – by that same token I have no idea why camera companies are letting the market steer them, and not them steer the market.

It it the sheer intensity of competition between Canon and Nikon which is leading their desire to please all the people all the time? No, it seems to me that listening and reacting to customers is causing a crisis of leadership and innovation amongst camera manufacturers.

I still think there is a balance between reacting and leading, between listening and dictating. But it is far too much over to the consumer side at the moment. It’s as if camera companies look at whatever crap is selling most, and attempt to copy it. This is a flawed situation long term because it means crap is replaced by new crap and it sits on the shelf for a lot longer than it should. Also the vast majority of cameras are bought by non-photographers, so if you listen to the market for too long you produce cameras designed by non-photographers rather than expert camera engineers.

Please take note Nikon and be braver in the future when it comes to DSLR video.