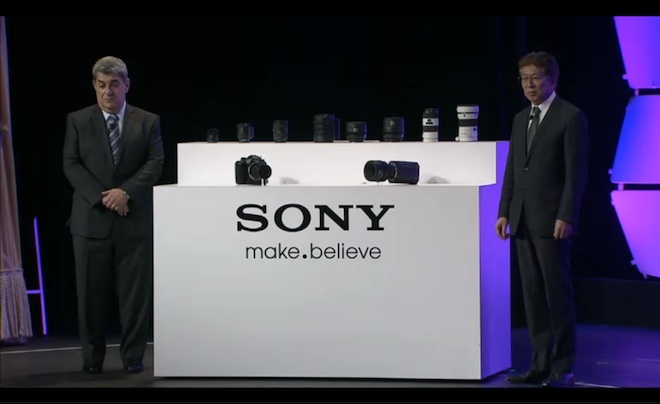 More details of the revolution Sony has been able to achieve in sensor design have been leaked via rumors sites. Sony Alpha Rumors and CNBeta link to a leaked white paper.

It’s interesting to note that for every ‘drive mode’ of the sensor, vertical resolution corresponds to a video standard.

I can definitely say with some certainty this chip is going to be in a video camera, probably a high speed one. The 1.5″ sensor (Micro Four Thirds size) is far too big for a smartphone. There’s simply no point in Sony making a sensor for a smartphone that does 36,000 frames per second as this is able to achieve in 720p. That would generate too much heat in a smartphone and you couldn’t equip it with a fast enough CPU to crunch the data.

I am sure active pixel colour sampling will make its way into small sensors for smartphones and high end compacts as well at some point, because one of the other stated aims of the sensor is to provide high dynamic range and high sensitivity in a smaller than Super 35mm sensor size. But this one isn’t it.

The sensor has a back illuminated process and copper wiring to reduce noise and heat. To my knowledge the only other large consumer camera CMOS so far to have BSI and copper wiring is in the Samsung NX1, to cope with that 6K 28MP full pixel readout.

Peak performance for the 1.5″ sensor is at a native ISO of 5120 and 1000fps, where it achieves an astounding dynamic range of 21 stops. Sony’s greatest claim for dynamic range so far has been for the A7S at 15 stops. By comparison Canon’s current best sensor rates for around 11.5 stops. If they can’t find an answer to Sony’s sensor revolution, they’re toast.

If the resulting camera has S-LOG you’re going to need some very strong ND filters, however dropping the ISO to 640 still results in 19 stops DR.

As the ISO rises past 5120, dynamic range drops of very gradually. The maximum ISO on Sony’s chart for the sensor is shown at 655,360 where DR has dropped below 10 stops for the first time. The maximum ISO on the A7S is 409,600. At the more commonly useful ISO of 12,800 the performance of the new Sony sensor is still 20 stops. 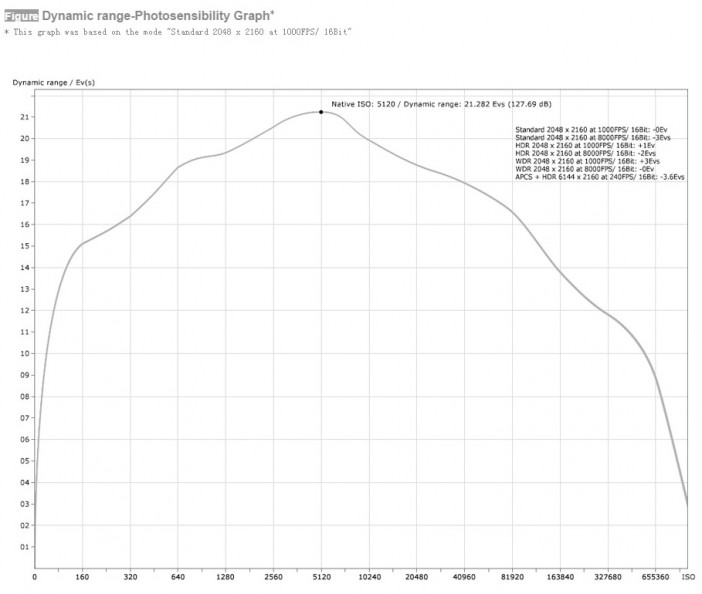 The raw output bit-depth of the sensor is 16bit. That is an improvement on the current DSLR-best of 14bit and is the same as the Sony CineAlta F65. It is also capable of a 12bit output too.

The sensors main purpose at the moment is to allow high sensitivity, high dynamic range in a small-ish package. It isn’t going to replace a full frame 36MP sensor any time soon. However it does use active pixel colour sampling in a clever way to achieve 13.26MP, still with a vertical video resolution of 2160. In this mode the horizontal resolution is extrapolated out to 6144 from 2048 in the normal modes.

One possible main use of the sensor is in high speed imaging. The maximum frame rate is 36,000fps in 720p. Even at that frame rate the analogue to digital conversion is maintained at 16bit. In 1080p vertical the maximum frame rate is 24,000fps, decreasing to 16,000fps if 2K horizontal resolution is maintained. In the other mode (labeled HDR) it does 2048 x 2160 at 8,000fps. In 6K/4K mode the sensor active color pixel sampling kicks in and provides a resolution of 6144 x 2160 at 240fps. The sensor cannot do as high frame rates at this resolution because of the extra time taken to move the pixel array around and the extra processing, but 6K at 240fps is still seriously impressive especially with the kind of sensitivity on offer here and with a global shutter.

No other sensor can do global shutter or such high frame rates whilst maintaining such high sensitivities and low noise.

That is why I think this sensor is destined for a high speed cinema camera from Sony. And this prototype shell is one probably candidate to house it… 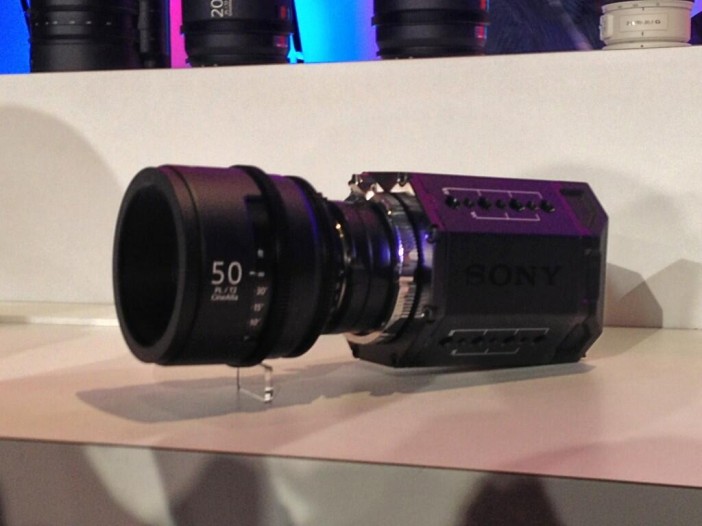