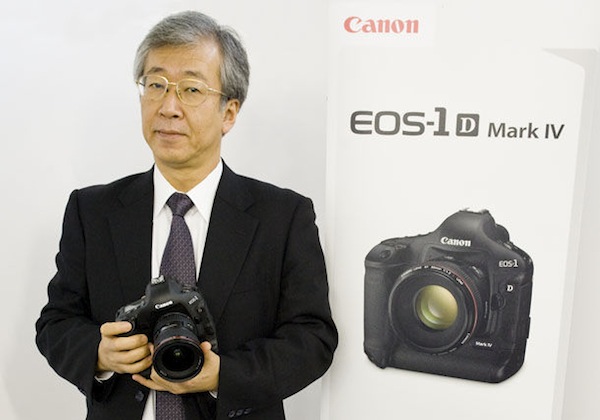 UPDATE: The Sony A55 has now been announced and a review is out. It is very disappointing in terms of the video mode

EOSHD has been made aware of an innovative step in DSLR video by Sony.

According to new information obtained by Sony Alpha Rumors and given to EOSHD for analysis before publication, the new Sony Alpha HD cameras coming in September 2010 will have a light beam-splitting technology allowing phase detect AF at the same time as mirrorless live view and video recording.

Sony have always been innovative when it comes to live view, with the small-sensor-in-viewfinder technique on the previous Alphas.

Sony are to equip their new video capable Alpha HD cameras with a Pellix Mirror – a revolutionary feature unheard in digital SLRs until now. Canon was actually first to use such a mirror way back in the 1960’s and you can read more about it on Wikipedia here. The mirror’s applications for digital were patented by Sony last year and you can view the original patent via Sony Alpha Rumors here.

The new Sony Alpha HD line is to launch in September at Photokina, timed to compete with the Panasonic GH2 which also has an innovative feature up it’s sleeve (rumoured to be global shutter). Sony’s line consists of both a high end Alpha HD A55 and mid-range Alpha HD A33.

So how does a Pellix Mirror work?

A pellix (or pellicle) mirror is a semi-transparent mirror employed in the light path of a camera, splitting the light beam into two separate beams, both of reduced light intensity.

Light passes onto and through the ‘half’ mirror, with a light loss of just 1/3rd of a stop. This enables a light beam to be split off into the top of the camera, at the same time as a beam powering the main CMOS sensor in a ‘mirrorless’ live view mode for video.

Shooters will now be able to film through an optical viewfinder whilst recording, and it doesn’t stop there…

The secondary beam goes into a phase-detect AF system, for the fastest auto-focus of any video capable HDSLR to date. In a nutshell – for the first time video will benefit from a DSLR speed continuous phase-detect AF system and super-reliable AF tracking at over 24fps. I suspect (but cannot yet confirm) that Sony will have silent AF motors in compatible lenses, whilst older lenses will still function in video mode but AF noise will be picked up on the onboard mic.

According to the Wikipedia entry on Canon’s first Pellix Mirror device in the 1960’s, the new Sony version seems to work in a very similar way.

The Pellix semitransparent fixed mirror splits the light rays from the lens into about two-thirds hitting the film, while the rest is reflected to the viewfinder. The object of this arrangement, the first in a 35mm SLR camera, apart from accomplishing TTL metering, is for a simpler construction, a less noisy operation, and to get rid of the finder blackout during exposure. That is a favourable proposition at first sight. However the novel design has its flaws, the obvious ones being loss of light, which after all is not very significant; one third of a stop loss in the exposure, that amount being redirected to the finder, which is two thirds of a stop dimmer compared to using a fully reflecting mirror. A more serious problem proved to be that the image forming light rays has to pass through the stationary pellicle mirror. Over the time, the mirror surfaces become soiled; it scatters the rays and degrades the recorded image. The finder does not go black, but at small apertures, the eye has no time to adjust to the dark finder. The operating noise from the Pellix is surprisingly similar to that of the Cannon FX. Canon made two fast lenses, the FL 50mm 1:1.4 and the FL 58mm 1:1.2, which compensates for the light loss, but increases the risk of the sun burning holes in the shutter curtain not being protected by a solid mirror; a fact anticipated and solved by providing the Pellix with a metal shutter curtain. Another obstacle is light finding its way into the camera by way of the finder window during exposure, since no mirror blocks the way in its up-position, also this was anticipated, and a finder blind is provided which is operated by turning the ring under the rewind knob, especially useful when leaving the camera on a stand.

It is extraordinary that a device which has been around since the 1960’s has now seemingly been locked out by Sony and patented for their video capable DSLRs. It has huge advantages for such a system, and other manufacturers (most notably Canon and Nikon) must be kicking themselves for not being quicker and more innovative in recognising the potential of this device.

Although Sony’s recent camera strategy appears to put feature-set ahead (slightly) of outright image quality (the slight Pellix mirror light loss is a good example) I really do like to see this kind of innovation, rather than always squeezing the last 3% from the camera’s imaging performance.

Revolution rather than evolution!

You can read more on the new cameras at Sony Alpha Rumors.

A big thank you to Sony Alpha Rumors (and their sources) for collaborating with EOSHD and trusting our technical interpretation of this news. It is 100% our pleasure!