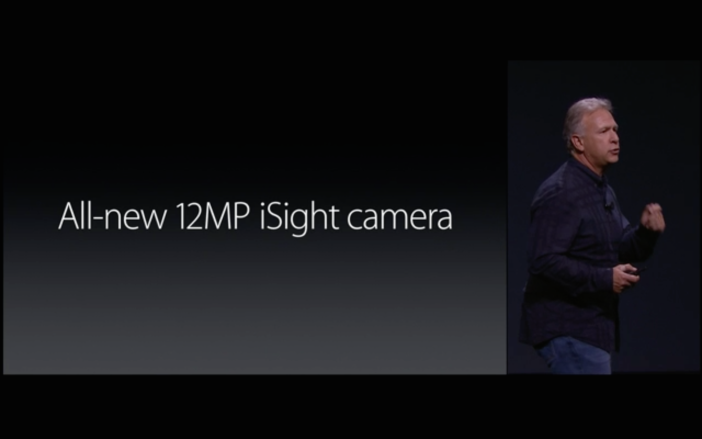 Some interesting new developments from Apple on the new iPhone 6S camera.

It is an all new sensor for the 6S and 6S Plus.

3D touch (similar to force touch on the Apple Watch) allows a forceful press on a photo to make it move for a few seconds ‘live’ in the moment it was taken. In theory this allows retiming of a shot after it has been taken as all the frames are a full 12MP resolution shots (not a reduced size animation).

The new camera shoots 4K video. The phone is also able to edit 4K video fluidly but no details were forthcoming of any advanced video editing apps beyond the basic iMovie.

Usually small sensors have a lot of crosstalk where information from one photosite leaks into the neighbouring one, resulting in less accurate colour information. Here’s the slide from Apple showing that: 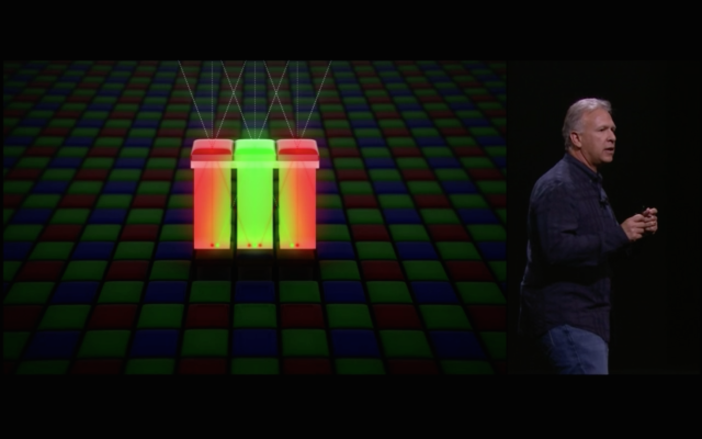 On the new sensor Apple is using a method similar to Samsung’s ISO Cell to reduce cross talk between pixels. “Deep Trench” will result in better skin tones and skies with less noise by isolating each photosite.

Here’s a shot of the CMOS chip itself – 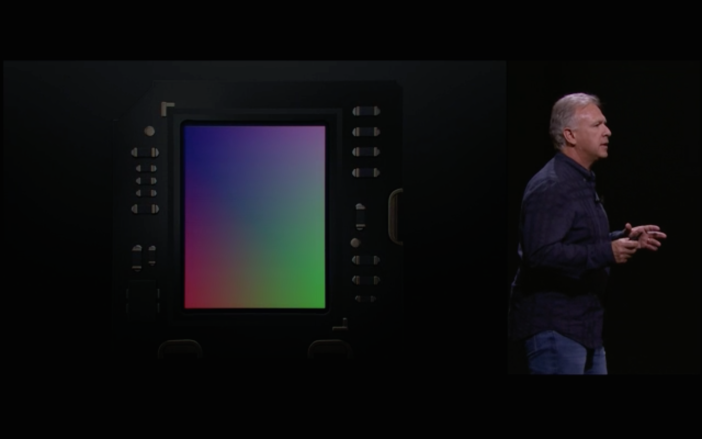 It remains to be seen if Apple are going to address the fact that many of their customers are shooting video in portrait orientation. With 4K video the phone should automatically crop to 16:9 landscape orientation when shot in portrait mode, using a cross section crop of the sensor.

The 6S will be available from September 25th.

Aside from the new sensor which met all the expectations and rumours, there wasn’t really anything else of note to mention. Does the 6S have optical image stabilisation or is that reserved just for the 6S Plus? What slow-mo frame rates are available and at what resolution? Check out the forum for more information as it comes.