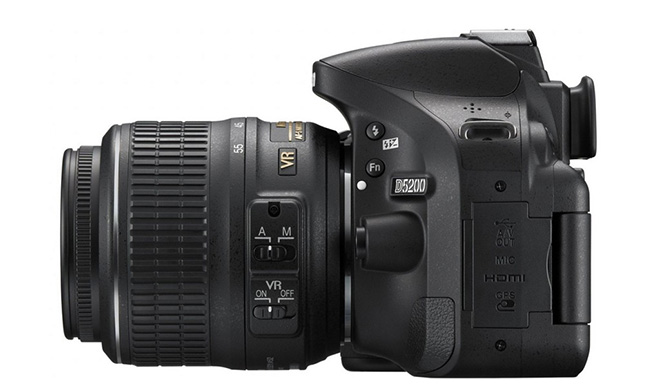 The Nikon D5200 is equipped with a new Toshiba sensor and appears to outperform both the new full frame Nikon D600, Canon 6D and even the Nikon D800 when it comes to video.

It looks like newcomer Toshiba didn’t get the memo “All DSLRs must suffer from moire and aliasing in video mode”.

Toshiba are a surprising newcomer to the DSLR market. It is not known if the design of the CMOS is by Nikon themselves with Toshiba merely manufacturing it – or if this is an off the shelf Toshiba part – but it outperforms the Sony equivalent 24MP sensor (in the NEX 7 for example) both in low light, for stills and video.

This tasty sensor seems to be reading out quite a lot of information in video mode too, which causes some rolling shutter issues from the lengthier scan of the sensor but produces far more detail than we’re used to seeing at this price.

This camera is only $800 and though the Nikon lens mount may put off those with a lot of Canon or Micro Four Thirds glass (or indeed Contax Yashica and Canon FD for that matter), if you have a lot of Nikon lenses and need a 2nd camera or a budget cinema camera the D5200 looks to be very handy. 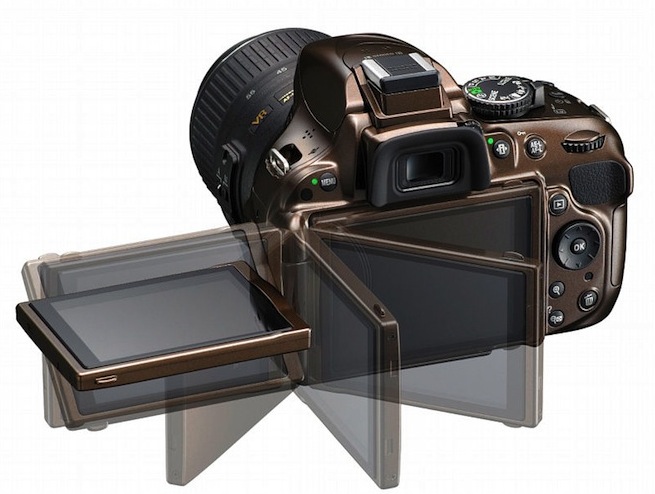 In fact for detail in 1080p the D5200 seems very much on par with the GH2 apart from when the 24Mbit codec is stressed with a lot of fast movement, and in other ways even surpasses it. On locked down shots the camera seems to produce superb colour and good dynamic range from the APS-C / approx. Super 35mm sized sensor. There’s also plenty of detail and the end result could give the $6000 Canon C100 a run for its money.

I had a go at grading some of my sample D5200 test footage from when I last had my hands on the camera (very briefly) – it holds up OK but not as well as the GH3 or FS100’s codec.

It has an articulated screen which is great and full manual control but like the other Nikon DSLRs there’s a really weird quirk where you have to come out of live view mode to set the aperture. You cannot set it whilst in live view mode or whilst recording. You can get around this by using an older Nikon AI/S lens with a mechanical aperture ring. The D5200 offers full manual control of shutter speed, ISO, etc.

Low light performance looks very good and it would be interesting to see exactly where this ranks in the grand scheme of DSLR video image quality. From what I’ve seen so far it looks like it could be the best DSLR available for under $1000, beating even the GH2 – with the advantage of a larger sensor, better low light performance and better colour. The GH3 meanwhile is the better all rounder but the D5200 seems to have absolutely no issues with moire and aliasing at all. Fine detail seems very stable.

However two big concerns I have is that the codec is only 24Mbit and that rolling shutter seemed pretty bad on the model I tested.

It is possible however that the D5200 has uncompressed 4:2:2 HDMI like the D800 which would solve any compression issues or mud. I am going to test this out in the coming days once my Red Epic vs Blackmagic Cinema Camera blog is finished and out in the wild.

In the meantime – don’t rush into a D5200 purchase without testing one yourself. It is looking very promising but it is still early days and it won’t be right for everyone. Lenses will play a big part in this for many. I really do prefer the more adaptable Micro Four Thirds mount on the GH3 and Blackmagic Cinema Cameram MFT.