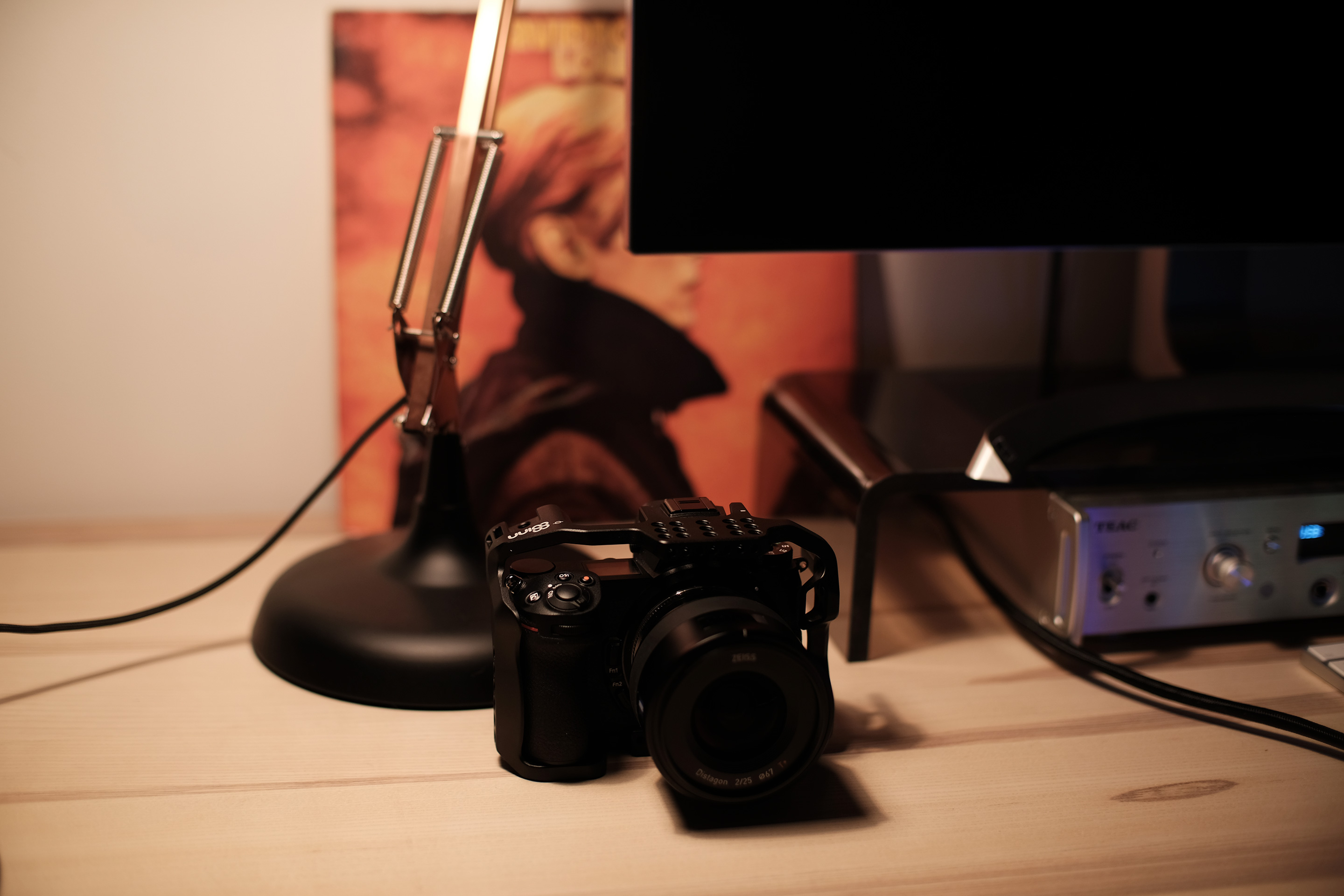 Initial excitement and hype. You rush to buy the camera the day it first hits stores. Oops, you are the only one that did, the price is now in free-fall with excessive marketing discounts, rebates, vouchers and kits. Nikon shaves 30-40% off just a few months later and your Z lens are now worthless because the one you bought for £600 is now £350 and you don’t need it anyway because, oh look, here’s an E-mount AF adapter from China.

But about that ProRes RAW update…

This was to transform the little sheep, Z6, into an all out 12bit RAW 4K video shooting maniac, with full control over the image in post and onboard the Atomos Ninja V recorder. Quite a carrot to dangle in front of users, many of them buying the camera with that knowledge in mind. And then… Nothing.

Announced 6 months ago jointly by Nikon and Atomos, we still don’t even have a release date or roughly when to expect more information.

First of all I think packing up a RAW video stream and sending it over an HDMI cable is a silly idea on a camera that has an XQD slot (albeit only 1!)

This has a write speed of 500MB which is enough for 8K/24p 12bit ProRes RAW. Makes Magic Lantern look a bit old, doesn’t it?!

So anyway, WHERE IS IT!?

At the time, Newshooter reported that ProRes RAW allows separate companies to work together to provide raw video under a common framework. Thus two companies wouldn’t have to share proprietary image processing code with one another. The Atomos Ninja V would do all the ProRes RAW processing and the Nikon side would do… whatever.

I’m still not 100% sure how this is being done, but it is technically possible to output RAW over HDMI. Atomos may be using a closed loop protocol with-in HDMI. What this basically means is that they are just taking the pixels and re-arranging them. One thing is sure, this is probably only possible because Atomos is utilizing ProRes RAW. ProRes RAW makes it practical for separate companies to work together on RAW because it provides a framework that they can both use without giving away their own processing secret sauce.

Technically you could still do this without ProRes RAW but you would have to open up all of the processing on both ends to the other company involved. This is something that is unlikely to happen.

So is the link with Atomos one reason for the mire? Nikon seems to want to keep the image processing out of the hands of both Apple and Atomos. What if Atomos needed Nikon to open up and grant greater access to the camera side of things and they said:

So HDMI is a bit of a weird and overcomplicated way of getting that 4K 12bit RAW data off the sensor and into the user’s hands in my humble opinion. If Nikon could be bothered to make the software for their users to transcode Z6 RAW video data from the XQD card to ProRes RAW format (like how Magic Lantern MLV turns to Cinema DNG in post), things would be delivered by now, by one company.

The next reason for the mire, can be classed as rather speculative. Apparently, so I have heard, there is a cult which goes around suing camera companies over raw video patents. I won’t name the cult for fear of my life but there have been several victims. Atomos has been one, Blackmagic another, Sony as well, maybe Sigma will be next for their bravado adding Cinema DNG to a small full frame camera. I hope not.

And the final reason could be to do with Sony.

Sony have quite a cozy relationship with Atomos, and have helped nurture Ninjas for a while. Sony probably doesn’t like the fact that suddenly, you can buy a full frame camera for £1400 on eBay that does 4K ProRes RAW with the Ninja V. It sort of undermines all of the current Sony cameras, even the professional series, which record to Atomos decks.

What if Sony put pressure on Atomos? Look at the cameras in this screenshot… And spot the odd one out price-wise… 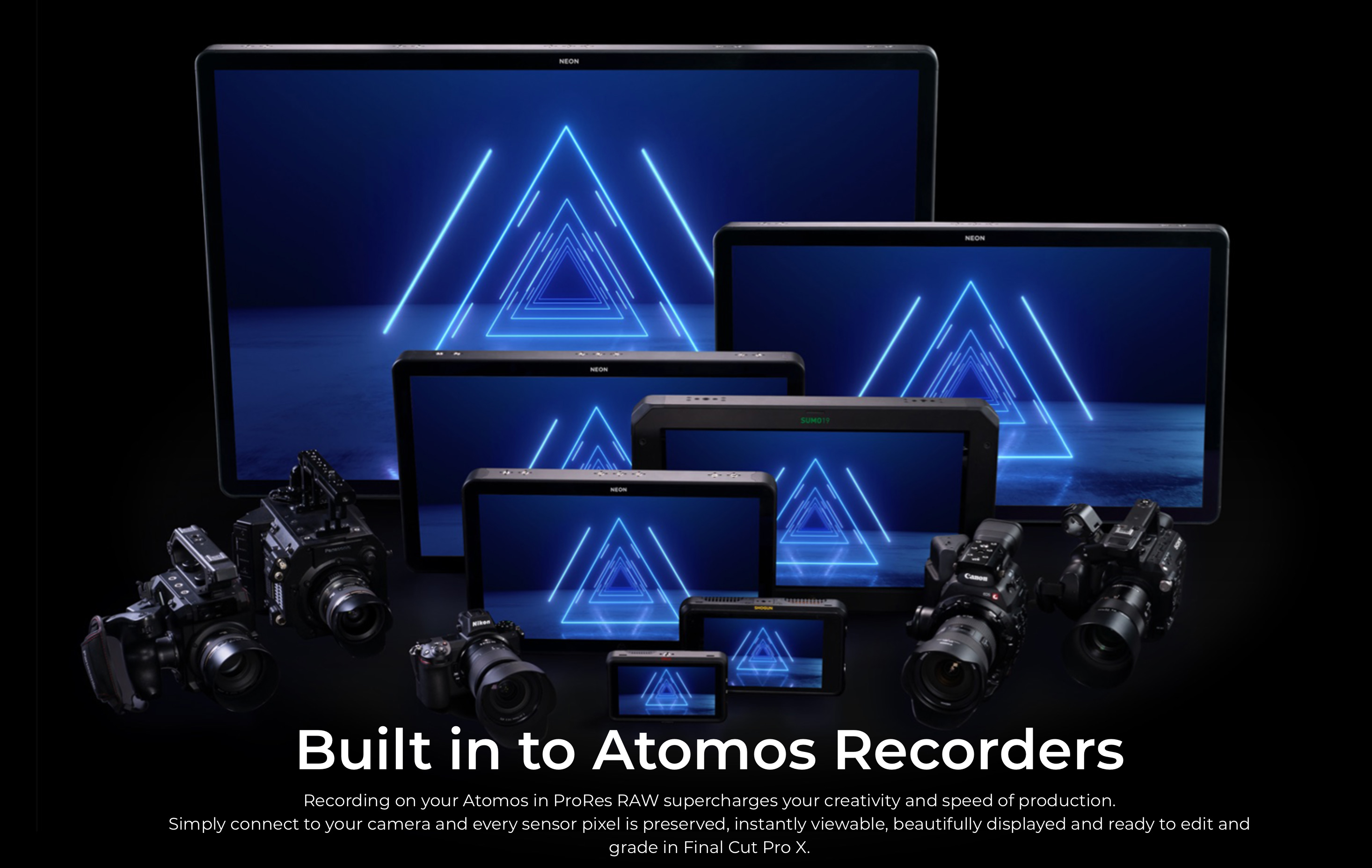 Also (and this is pure speculation too, just for the record) maybe Sony Semicon doesn’t like the idea of a Nikon mirrorless camera piping a Sony sensor data off-board in order to grab sales off Sony’s own equipment… and upcoming A7S III? Since it’s Sony’s sensor data, maybe there is something in the terms and conditions or supply contract which makes providing RAW video a “no-no” but then why announce it in the first place?!

Or maybe that’s a big fuss about nothing…

There’s a lot of speculation that the A7S III will be announced on 17th July… That’s this Wednesday. Maybe Nikon are just waiting until the day after to announce ProRes RAW in a big way, again, to take some of the spotlight away from Sony’s latest Specs Monster?

Maybe if they do announce it again, it will be the announcement of A DATE.

In summary… here’s what we know…

It’s easy to be a bit fed up with the raw video situation on mirrorless cameras at the moment.

I really think the Japanese need to look closer at the popularity of Blackmagic’s Pocket 4K camera.

Other Japanese camera users are reliant on Magic Lantern!

How would stills guys react if mirrorless cameras only shot JPEG!?