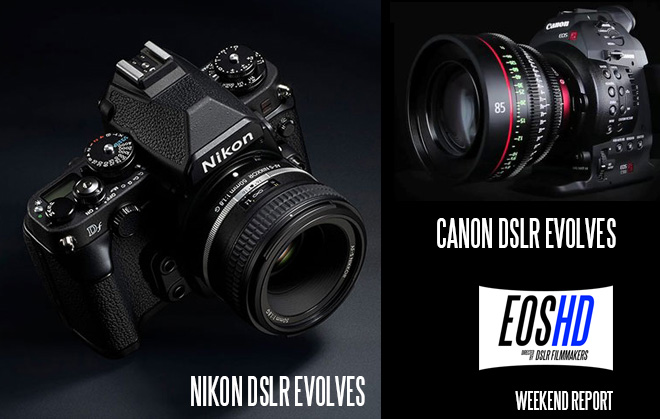 The gap between Nikon beginning the Df concept and putting it on sale was 4 years.

Are camera manufacturers moving too slowly?

This article isn’t really about the Df or the very capable donor body, the Nikon D4.

But I’m going to use the Df as an example to illustrate a broader point.

Take a look at the photos below… 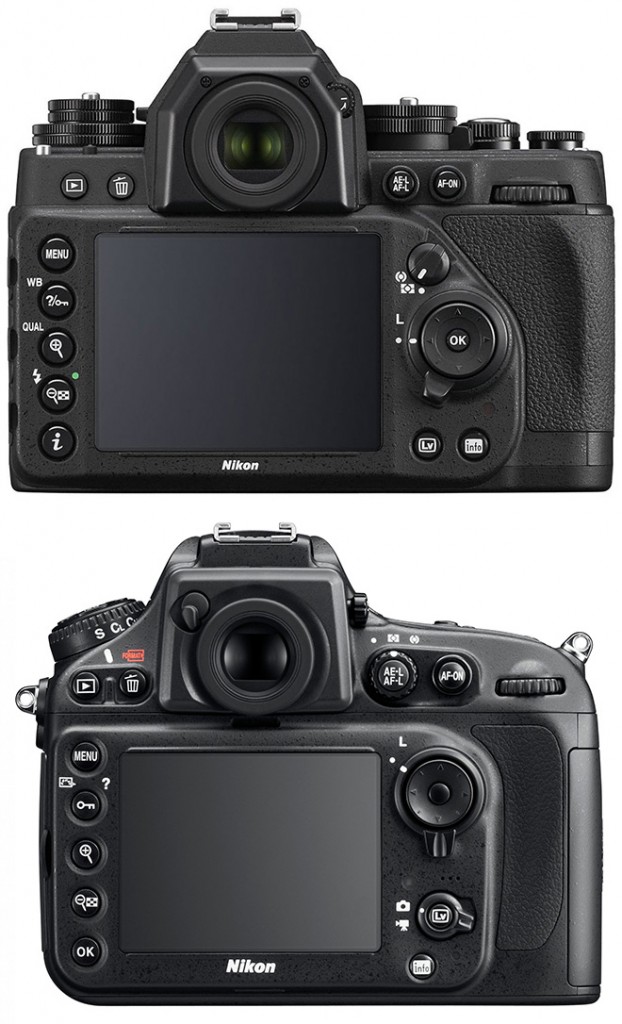 This really drives home a disturbing thought – that the only innovation of the Df is to add 4 dials and a metal top plate to the top of a normal DSLR and that it took Nikon 4 years to bring it to the market. (Source) 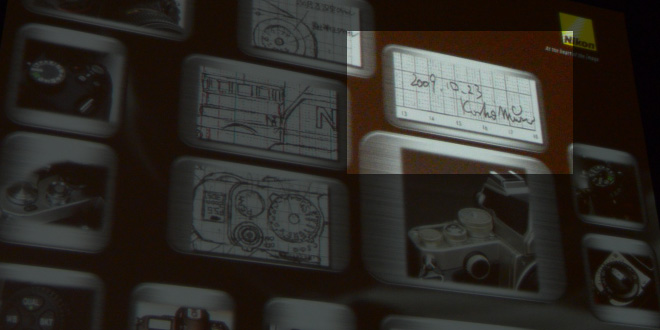 Not withstanding the tragic earthquake in Japan and the delay this had on the mother camera (D4) it seems Nikon really took their time on deciding when the retro Df concept should see the light of day.

Only now with the proven sales success of Fuji and Olympus’s retro styled bodies, has the Df been revealed.

If Nikon were really convinced by this whole retro camera scene – I am sure they would have done so. That would have been to Nikon’s advantage, because I fear a lot of the demand for retro cameras has already now been catered for by Fuji with the X series!

Although Nikon should be applauded for entering the retro market with such a high spec camera, many of whom I’ve spoken to who I thought would love it, don’t seem too convinced about buying it.

The D800 offers more functionality and arguably the more sophisticated sensor for less money. In theory the Df should have broad appeal right across the high end sphere from enthusiasts to pros, but I think it’s too late. The Sony A7R is more powerful, more featured packed, smaller and cheaper. It isn’t that the Df is a bad camera, far from it – but 4 years of development from drawing board to release has curtailed its potential.

Never before has the imaging market been moving so quickly.

Therefore it follows… by simple logic…Nikon must react quicker.

With mechanical systems, rarely do you reinvent the wheel. With digital you sometimes have to.

Mechanical systems almost always benefit from proven legacy concepts. A dial, a wheel, a mirror. With digital, legacy is sometimes a drag on performance. With software for example, you sometimes have to chop out all the legacy code in order to increase performance.

There’s another big difference between eras… With mechanical systems the pace of progress is linear and steady. You can’t break the laws of physics. You refine and evolve. By contrast the complexity of software and computer hardware increases exponentially and unpredictably.

Nikon are an analogue company playing in a digital marketplace and they need to adapt quicker.

Over 60% of Nikon’s revenue comes from photography alone. Nikon haven’t diversified the application of their technology into other fields as effectively as Canon, whose imaging activities are far broader. This is where imagination comes in useful.

Occasionally (though very rarely) Canon have even taken a swift, calculated gamble. The Cinema EOS line was developed in less than a third of the time it took Nikon to bring out the Df. When you look at the long term return on Canon’s investment Cinema EOS will make them compared to the Nikon Df, it dwarfs the achievement of a retro styled DSLR, in less time.

Nikon have steadfastly refused to enter the video market despite having suitable CMOS sensors, the right supply chain, investment potential and huge optics expertise. They are perfectly positioned to build a cinema and video division.

Aptina and Sony sensors are a key part of the Nikon supply chain, but only fully utilised for photography. With the Aptina sensor in the Nikon 1 series, here’s a sensor that can output 4K raw at 60fps, from a chip size comparable to Super 16mm. Not that it isn’t a demanding and detailed task, but put simply Nikon just needed to add cooling, PL mount, ProRes certification and an SSD slot to a $400 consumer system camera, and spend some time working with filmmakers on a new ergonomic design.

To me it just seems incredibly introspective and risk averse to be adding film-camera dials to your DSLRs rather than 4K sensors to video cameras and opening up new markets for your technology.

Nikon, as an imaging company, had the golden opportunity to buy a bourgeoning company called Adobe for a pittance before they were big, by simply investing in a fledgling piece of software (Photoshop). Did they take the chance? No, because they didn’t see the worth. They didn’t have the vision or the understanding of the technology. Younger management would have seen that.

Even JVC, not exactly a fast moving company themselves, are selling a 4K Nikon mount video camera before Nikon. Nikon could have done a better job of it.

I am passionate about Nikon and I love Nikon… it’s for that reason I want to see them being braver. I don’t criticise what I don’t care for.

It’s difficult when you’ve seen steady growth and sales over a decade of DSLRs to take a gamble or change the focus of the company but I believe Nikon will need to, if they are to make the transition from the end of the consumer DSLR era to the next, more varied phase of imaging. We’re entering a period of massive change in how images are acquired and used. Convergence of stills and video, along with the widespread use of video on the internet is a huge part of that and Nikon must seize the opportunities now… before the market grows beyond their grasp.