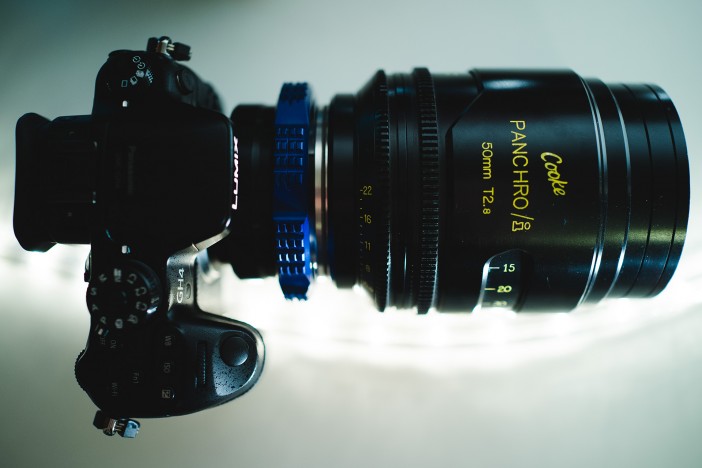 Read my thoughts at DPReview in the Panasonic GH4 review (page 7), here

As was the case with the GH3, the GH4’s video capabilities were enough to achieve a gold award at DPReview.

You can read my full contribution to the DPReview at the link above, but here in shortened form is the crux of it –

The biggest single advantage of the $1600 Panasonic GH4 is how complete it is straight out of the box and how affordable it is relative to professional cinema cameras. The GH4’s video capability is well specified even in comparison to professional cinema cameras upwards of $10k. Although there are many reasons why outright specs are not the whole story, the GH4 has found favour in the professional filmmaking community because it’s small and simple to capture 4K with.

The GH4 however still requires a few add-ons for a professional workflow, especially on the audio-side. The appeal of cameras like the Canon C300 at $15k to pros is that the blocks come integrated and ready to use out of the box. XLR audio interfaces, ND filters and a top handle are examples of features the GH4 needs to be outfitted with whereas often more expensive pro video tools like the Canon C300 often don’t (although often cinema cameras like the Epic and Alexa, conversely, do). However the fact is that the GH4’s image is better specified for today’s world than the C300. The 4K output of the GH4 can produce oversampled 1080p in post at a higher bitrate and colour depth than the C300, at a price of $1600 compared to $15,000. Also the C300 does not capture true 24p on the sensor, instead scanning at 60fps in all modes and skipping frames to produce 24p on the image processor. The GH4 also benefits from a smaller size, smaller lenses, lower weight and even the option for 60p and 96fps slow-mo whereas the C300 tops out at 30fps despite the sensor being capable of 4K at up to 60fps. 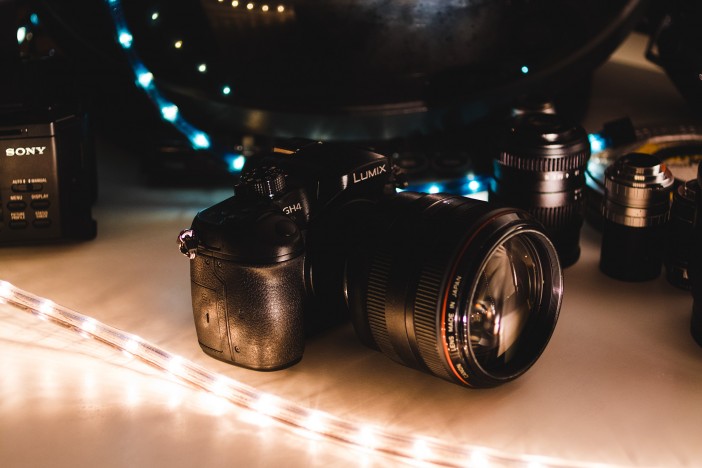 Whilst it’s true many pros became fed up with the workflow of DSLRs for video, many of them came back to cameras like the Panasonic GH4 and Sony A7S this year as another tool for the job alongside their existing ones and sometimes in-place of their existing ones (notably the 5D Mark III). In the past, the need to sync audio from a separate recorder, the lack of proper audio inputs like balanced XLR jacks with phantom power, the lack of basic focus and exposure aids and wobbly HDMI connections were the bugbear of professional DSLR shooting. The YAGH interface unit for the GH4 solves all of the workflow quibbles pros left DSLRs for the C300 for and most consumers don’t actually need the same fast, robust workflow as pros do as they have the time on their hands to deal with workarounds.

Whilst the C300 still has a low-light advantage over the GH4, the same cannot be said by comparison to the Sony A7S – so that camera makes a great pairing with the GH4, covering for the only major weak-area of the camera – the smaller sensor and noisier image.

A professional will always gravitate towards the best tool for a particular job rather than a single camera for everything. In this respect the GH4 has already carved out a place for itself with a small and light physical form-factor and small data footprint of the 4K recordings. The small size and internal 4K codec makes it ideal for projects involving MoVi-like gimbals, steadicams and aerial imaging from drones, where the final delivery of material will be 4K. This is true right up at the highest leagues of the filmmaking industry because higher end cameras don’t share the same light footprint of the GH4. Especially in the case of aerial work, the extra resolution of 4K is an undoubtable advantage over 1080p.

In fairness though, the GH4 is not so much a ‘replacement’ for a professional cinema camera, more an additional option for the filmmaker which will be selected when the unique abilities of the tool are required by certain work. The simple fact that there’s even a comparison to be made to a $15,000 cinema camera says a lot about how far Panasonic has reached to connect with filmmakers.