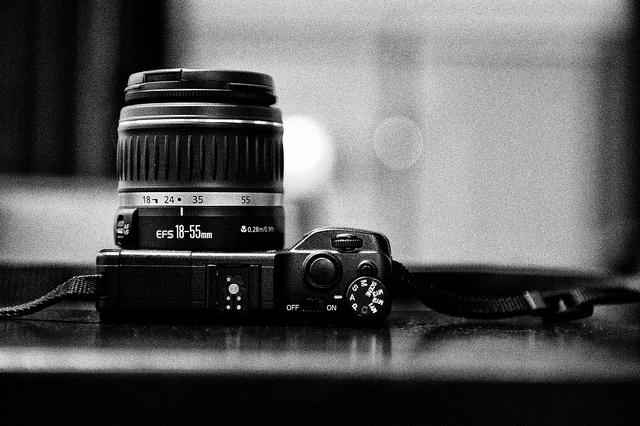 So far there’s been a lot of speculation about the Canon mirrorless camera, which is due this month, having the same sensor as the G1X. This would be pretty disappointing as the sensor in that camera is based on 3 year old technology with a slow readout so the video mode was rather poor.

Now the word on the street according to Canon Watch is that Canon are (sensibly in my view!) opting for an APS-C sized sensor in the new camera, making it a better match to their EFS lenses which can be used via an adapter. The mount could also form the basis for a lower end pro video offering as APS-C is approximately Super 35mm sized in the film world.

In my view it makes no sense to have a Four Thirds sized sensor in the Canon mirrorless because it will change the field of view of Canon’s EFS lenses.

I know the big attraction of using a Canon mirrorless is to still have that option of so much existing EFS glass. Canon’t won’t compromise that.

The challenge with the APS-C sized sensor is similar to the one Sony faces with E-Mount on the NEX mirrorless system – making small lenses for it.

Now Sony’s consumer mirrorless mount also made its way onto their pro video cameras like the FS100 and FS700 so it would be a smart move for Canon to do a mirrorless lens mount supporting a Super 35mm sized sensor, which is similar to APS-C. Panasonic’s mistake was to base their AF100 around a Micro Four Thirds lens mount, so that the lenses and sensor were not cinema standard in terms of field of view. When a DP uses a PL mount lens on a AF100 they cannot think in terms of standard Super 35mm focal lengths.

I think if Canon push out a high end mirrorless system it could shoot great video, like the GH2. Anything less will be a disappointment, and a system based around a G1X with interchangeable lenses will be a Nikon 1 series like disaster.

I’m currently using the Sony RX100 and that is effectively a replacement for several important rival cameras – the Canon G1X, S100, Fuji X10, Nikon J1, V1 and even Sony’s own lower end NEX mirrorless cameras for certain people. Video on it is very good too. Review soon!