All hail the democratising C700!

FDTimes has a superb PDF overview of everything you need to know about the camera. Although one line in particular stood out –

“The CDX- 36150 could democratize RAW recording with its affordable price around $6,000 and industry-standard media.”

Democratising, affordable pricing – this is not something I’d associate with this market.

Bolting a Codex recorder to the back of a train = not very. 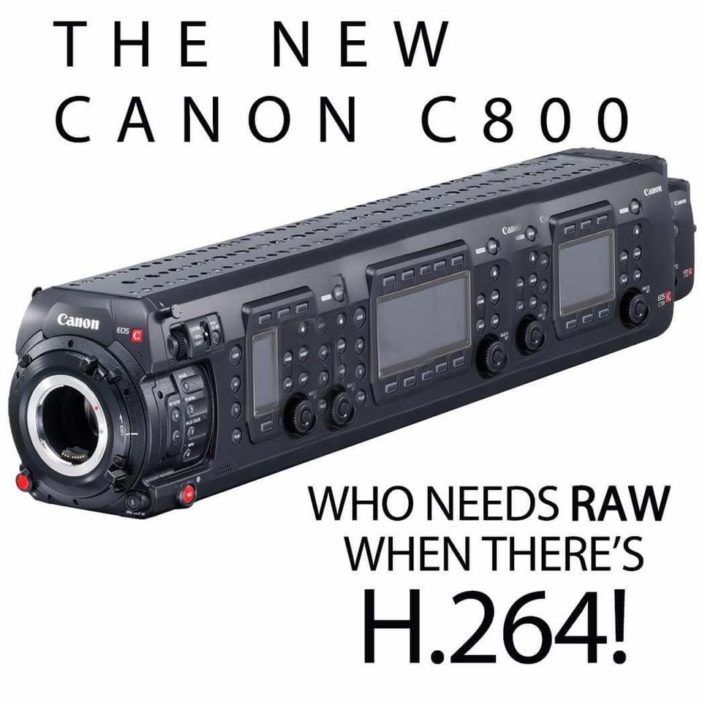 You see, the C700 does not shoot RAW internally like a RED camera.

RED have been doing this for a while yet. Have Canon noticed?

RED also seem to own all the patents on proper RAW compression. They did this I assume whilst Canon were asleep circa 2006.

There is a very simple recipe for being in this market.

You need to beat RED at RAW and high frame rates – because that is why people use RED.

You need to beat Arri at basically being Arri.

The Canon has built in NDs. I can’t see it being quite the weapon needed. 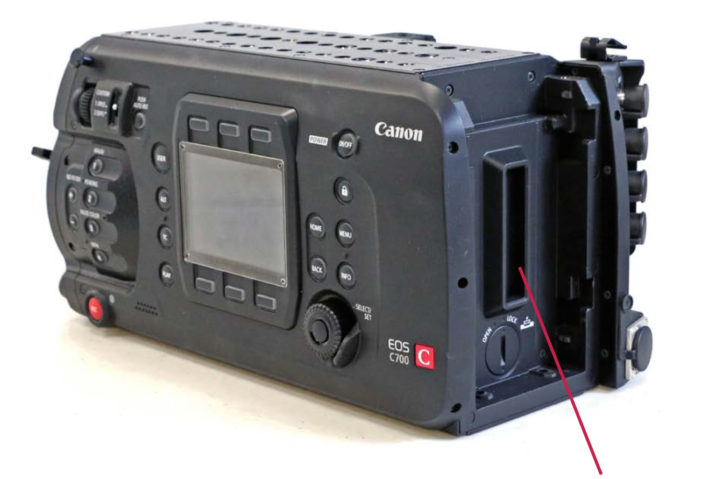 This image from the FDTimes article shows where the clunky RAW recorder bolts onto the back.

It suffers too from a conceptual issue, that of shoehorning a video camera into a cinema form factor. I mean just look at it. Charmless doesn’t even begin to describe the way it limps onto my screen. There’s a lot of digital video DNA in something that needs to compete with pedigree cinema cameras from RED and Arri, companies who define the current landscape. Of course until I have actually used one I can’t say how it feels ergonomically but I can say it is fundamentally the wrong shape.

It’s far better suited to the ENG world than it is to cinema. The sheer length of the camera when equipped with V-Lock battery and Codex seems unnecessary. RED cameras get picked for many reasons and one of them is that they’re the most compact box-shaped brains to rig up. Compared to the Alexa, a RED offers unique rigging and 3D shooting propositions. Canon doesn’t seem to have appreciated how much of a unique selling point that is – just like they couldn’t be bothered to add proper anamorphic support on the sensor (it remains limited to 2160 lines) or RED rivalling high frame rates.

But the camera it most resembles is the Sony F55, which has hardly set Hollywood on fire by gobbling up film shoots from RED and Arri.

Have Canon copied the wrong camera?

If they did copy the F55 they didn’t do a very good job because on that camera you can easily swap between E-mount, EF-mount and most critically of all PL-Mount. The C700 is like the C500 – it comes in either EF or PL – if you need compatibility with a range of lenses depending on the shoot, you need to two cameras at $30k a-piece. Not a problem for rental, but that’s going to put a lot of people off who are in the market as an owner-operator of high end gear.

With a Canon LOG-less 1D X Mark II now in the shops and IBC just around the corner, the C700 announcement would have been the perfect time to introduce the 1D C Mark II based on the 1D X Mark II but with a video orientated firmware (simple programming job) and Canon LOG (something a monkey with their paws on CMD-V could implement in 10 minutes).

The original 1D C was announced with the C500. That was 5 years ago.

So as everyone including even Philip Bloom’s cats calls out for a full frame 4K camera, the one we all want has a crop and no peaking. Philip Bloom even had to resort to downgrading his 1D C to a 1D X Mark II just to get autofocus!

The Sony A7S II is the only game in town, which in many ways is a tough game to play as you end up spending more time colour correcting in Resolve than actually shooting!

Canon is starting to really blow a previous unassailable position.

Indeed it looks like I will be holding onto my 1D C for a bit longer… 5 years longer in fact!