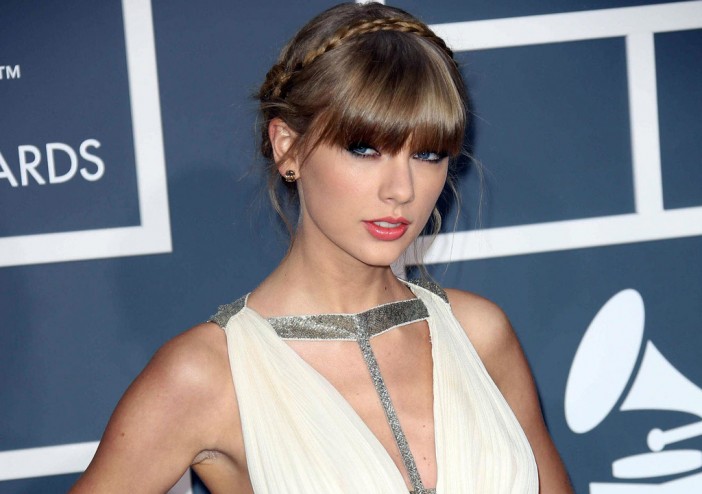 Can Taylor Swift get us 4K on Canon DSLRs?

Taylor Swift performed a truly magical thing this week. Now in order to meet the US monthly minimum wage, indie artists can stream their track 150,000 times on Apple Music in the month after launch and earn $1280. Now, instead of selling 105 compact discs directly to fans at $12 all musicians need to do is get really famous online. I for one applaud Apple and Swift for hurling a generation of musicians just barely over the poverty line. A remarkable achievement for a company that just made $15 billion net profit in one quarter and a multi-millionaire pop star.

Naturally as an independent artist myself I have tried and tried to get Canon’s attention on the issue of their p***-poor DSLR video quality! When I read today all over the internet about Taylor Swift forcing Apple’s game-changing decision to pay musicians for using their music, I just knew she was the hero we need in the DSLR community, more heroic than even Philip Bloom.

A quick glance at the cameras used to shoot this years crop of Tribeca International Film Festival movies shows 16 of them shot using Canon DSLRs and 16 shot using Cinema EOS cameras (C300 / C100) so obviously there is still demand for dreadful video quality amongst filmmakers. Interestingly another 5 of them used Blackmagic cameras, considerably more than the number shot on film!

From this picture you may think all is rosy in the DSLR filmmaking community but IT IS NOT SO TAYLOR SWIFT!

If only you Taylor Swift would help Canon see their failing, otherwise when it comes to my 5D, We Are Never Ever Getting Back Together.

Canon’s lethargy is so depressing, if only they could Shake It Off.

Otherwise they will leave their 4K customers staring into a Blank Space.

Of course I don’t want it to seem like there is Bad Blood between EOSHD and Canon. I don’t mean to be Mean.

And in the marketplace if only you were Fearless.

Since the wonderful 5D Mark II, Everything Has Changed.

What can we do about it Taylor?!

I hereby call on Taylor Swift on behalf of ALL indie filmmakers to ban her latest album “1989” from Canon’s Japanese headquarters until they give in and give us 4K video on their consumer DSLRs.

And if you haven’t got time to write that open letter to Canon, I have a template ready for you…

I want to explain why I am holding back my album 1989 from your Japanese headquarters. I feel this needs an explanation because I really really love you. I respect you. You are amazing. You are so innovative and ingenious.

However as I am sure you are aware, your DSLR video quality now looks like it is from 1989, never mind me.

I feel this to be shocking, disappointing, etc. etc. and is completely unlike this historically progressive and generous company!

Once you were giving us firmware updates for 24p and manual control. Now you are giving us line skipping on your 5D S in 2015 and shutter shake that makes it look like an 8MP iPhone camera (HATE Apple!!)

These are not the complaints of a spoilt, petulant child. These are the echoed sentiments of every Canon DSLR user on the planet who hasn’t yet switched to Sony.

5 years is a long time to go without a proper increase in video quality. But it is not too late to change this policy. C300 users will still keep overpaying for better ergonomics and peaking. Just throw the 5D and Rebel artists a bone! We don’t ask you for free 4K. We want to throw our money at you for it. Please consider our compensation.

With apologies to the real Taylor Swift!!