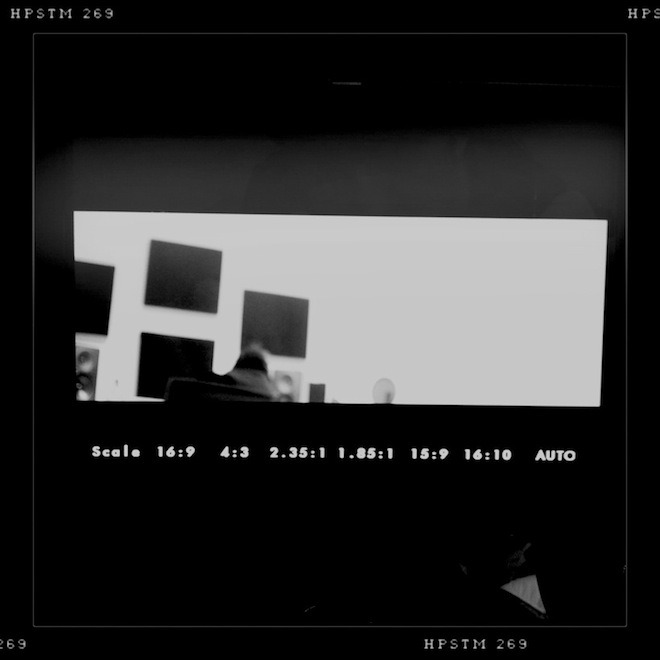 Find the full details on the DP6 here

There is no more natural and cinematic way to get widescreen cinema than with anamorphic lenses. Recent films like Inception, StarTrek and Transformers all used anamorphic glass – Hawk, Panavision Primos. These are lenses which are so expensive to manufacture they can only be rented.

Thankfully for DSLR shooters there are plenty of ‘historic’ options.

We owe this to an oddity. Image capture – whether with film or with digital, has never been wide enough for cinema. 35mm film is 4:3 and can be cropped, but this loses fidelity and does not use the whole frame, reducing the attractive narrow depth of field effect. So 2x anamorphic lenses are used to get a 2.35:1 widescreen image without having to crop. The same is true of DSLRs, though the sensor is 3:2 or 16:9 (wider than 4:3) the most effective and attractive way to get 2.35:1 and wider is still with anamorphic lenses. 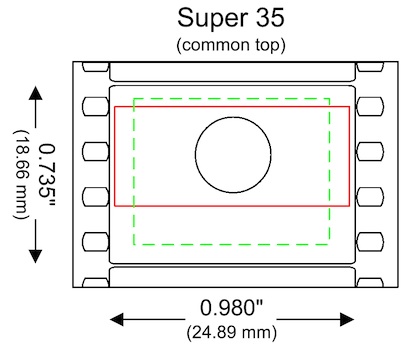 In the 70’s Super 8 and Super 16 came along (again a square-eyed 4:3) and the great German and Japanese lens engineers at Isco and Kowa set to work to produce a range of lenses designed to be used on 8mm or 16mm cameras and projectors. Anamorphic glass is famously hard to produce though, and such lenses were not cheap to buy.

With digital video up to when DSLRs came out anamorphic lenses died a small death. TVs were going 16:9 in the late 90’s but during the dark days of DV we desperately shot with generic non-focussing anamorphic lenses on our VX2000s and XL1s in an attempt at a cinematic image. It wasn’t the anamorphic adapters fault, and the LA7200 is a fine anamorphic (especially with a diopter as you will see next week). The problem was that these hideous fixed lens cameras with small sensors just couldn’t use focussing anamorphic lenses designed for Super35 or 16mm film cameras like the Iscorama and LOMO OCT 18 mounts.

Now 16:9 HD video is common-place and yet still not wide enough for cinema. Sure we can crop digitally, but this loses a host of the nice stylistic elements anamorphic lenses give us – bokeh which looks like a waterfall, thousands of ovals glistening, incredible horizontal flare straight from a mega budget sci-fi, not to mention widening a lens’s field of view without sacrificing a fast aperture and shallow depth of field.

Because anamorphic lenses compress a wider image into a 16:9 frame, what we is a rather distorted image until post. Everything looks taller and horizontally squashed, vertically stretched. We had a glimpse of live anamorphic monitoring with the GH1 hack which was able to squash MJPEG to 2.35:1 on the fly and show the stretch whilst recording. But MJPEG is a poor codec and the resolution was not true 1080p. 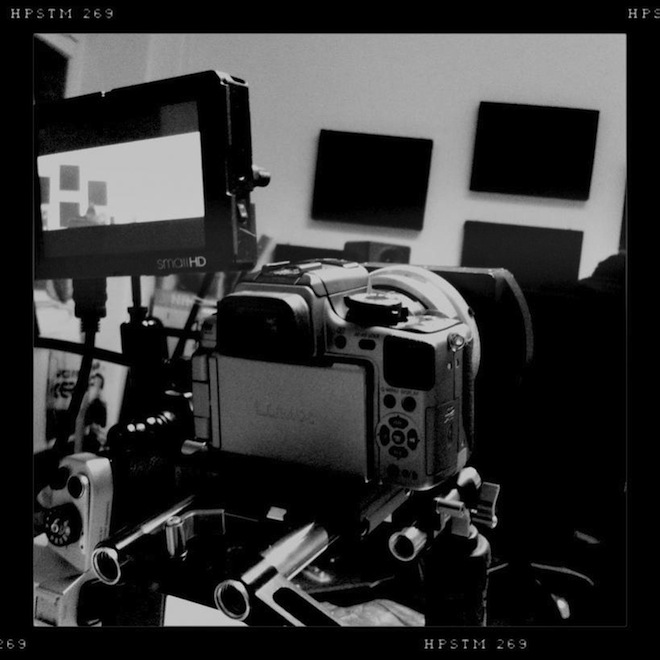 So finally there is a solution and it comes with the SmallHD DP6.

The menu contains a aspect ratio selection option, with 2.35:1 being a preset. You can also enter a custom aspect ratio for even wider aspect ratios, which are produced with 2x anamorphic lenses.

Tried with the GH2, 2.35:1 works great. I do however seem to get some corruption trying to go any wider as I narrow up the vertical highest of the image to get the correct aspect ratio, so that’s something I need to figure out.

This is going to be a must-have feature. Why? Because once you shoot with the look of a good anamorphic you will never go back. There are challenges to overcome, finding one in the first place is hard enough, focussing is hard on all but the best LOMOs and Iscoramas. At least with the SmallHD DP6 shooting with a distorted image is not one of them.

I’d like to see all the monitors and EVFs on the market support this feature, because let’s face it – the camera manufacturers will never add it in firmware (even if as we saw with Vitaliy’s MJPEG patch it’s as easy as changing a number).

I am currently making some big strides with my anamorphic stuff.

The LA7200 has turned into a monster thanks to a Russian diopter large enough to cover it. It makes an even bigger difference than on a focussing anamorphic like the Iscorama, the LA7200 is pin sharp at fast apertures now and you can get a decent shallow depth of field, and use it on a 35mm focal length rather than it being restricted to F4 at 16mm with no shallow DOF to speak of.

I have two LOMOs, one compatible with 50mm and 75mm LOMO primes and sharp at F1.4, the other a 35mm F2 with incredible flare. Close focus (for an anamorphic) of 5ft, much less with a diopter. It is a real crap-shoot on eBay for LOMOs though, you have to buy carefully. Some are in terrible condition, to the point where it really does effect the image. I think a lot of the best stuff has been shipped off in bulk to rental houses and production companies in LA and London, so what’s left in the Eastern bloc is the last scraps of the soviet anamorphic era – choose carefully!

LOMO or Iscorama, which is best? Right now I’d say the LOMO.

The Iscorama 36 is good (single coated) but the rest are overrated and vastly overpriced on eBay. You can’t even get much flare out of the later MC (multi-coated ones), yet they’re fetching for $3000 plus!

The Kowa gives as good an image, people only want the Iscorama so badly since it’s easier to focus and is a more hyped ‘name’ anamorphic. The Kowa in it’s Bell & Howell form is a stunning piece of glass.

Look for my review of the Kowa, and full SmallHD DP6 review this week on EOSHD