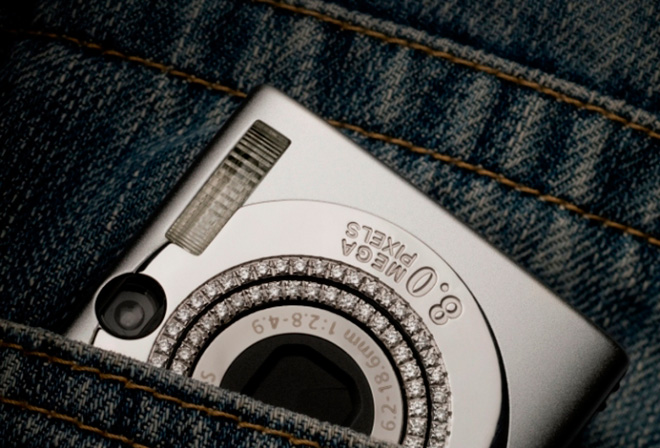 A huge change is happening to the camera industry. Cameras are no longer aimed at people who love cameras and this isn’t a photographic industry any more. Instead it is morphing into a consumer entertainment industry leaving many abandoned niches and gaps in its wake.

Is it really more profitable to exit your niche and target the fickle mass market? No, it spells disaster.

Eastman-Kodak are on the brink of bankruptcy. With the transition to digital, Kodak under-estimated everything about it. They failed to cater for photographers and enthusiasts – Kodak’s real market. They abandoned their niche in pursuit of the masses. They became jaded and didn’t see the opportunities in their existing market, especially that the internet could provide. Instead Kodak rolled out wave after wave of uninspired and under-featured digicams aimed at the mass market. Kodak was on the cutting edge of sensor technology but never utilised it properly. Then in a move that never made sense they offloaded the sensor business completely. Just to get that mistake in perspective – it’s the equivalent of Kodak selling their film business shortly after the introduction of the SLR in the 1950s.

Kodak’s line of DSLRs wasn’t price competitive and was quickly abandoned. Kodak’s motion picture 35mm film stocks were never replaced with a digital cinema camera. Instead we had things like an EasyShare dock and a $100 compact even the most ignorant of super-market shopper wouldn’t choose over a Canon.

We have a failed company as a result, and Leica might have to look to Panasonic to provide sensors for their M9 successor now.

Yet in this economic down-turn most camera manufacturers seem determined to go the same way as Eastman-Kodak.

DSLRs for creative filmmakers and photographers are a niche market compared to the people who buy washing machines, toasters and television sets.

The Japanese have now realised this and so their new cameras are not actually cameras any more.

They’ve been changed into lifestyle fashion items and toys. Actual cameras for the creative classes are becoming rare. The attention of engineering teams is taken up with mass-market produce instead of designing creative tools. Nikon occupied some of their best engineers for 4 years to come up with a mass-market interchangeable lens camera that nobody likes. This obsession with the mass market is also why people who truly love cameras have to wait nearly 4 years between high end camera releases (5D Mk2, A700, D3). It is why there is only one foward-thinking hybrid video / stills camera (GH2). It is why the Canon gave us the same DSLR 4 times in 1 year with a different badge and it is why cameras handle like TV remote controls rather than photographic tools like the Fuji X100.

There is absolutely nothing we can do about this because people who are enthusiastic about cameras are in a minority compared to Mr Average. Critically, the Japanese have come to believe Mr Average is more profitable than Mr Photographer. He isn’t – not in the long term. He isn’t your real customer. Not a real market. Mr Average is in an over-saturated market, he is very price sensitive and isn’t committed to further purchases or accessories.

The technology of 2011 is mind-blowing, like a Super 35mm sensor that does HD video in a camera the thickness of a matchbox for $500.

But we are now forced to put up with a mountain of gimmicks, pointless features and the hauling back of the technology. The extra capability unlocked by the GH2 hack shows how much Panasonic had to reel-in their technology to make it appealing for the mass market and compatible with Mr Average.

And we have supposedly next generation TVs with their 100hz smoothing modes that make Kubrick’s Space Odyssey 2001 look like home video shot on MiniDV. The most talented engineers in the world putting all their effort into 3D technology that resembles an eye fatiguing children’s pop-up book viewed through sunglasses. None of this makes sense.

The unenthusiastic and the bored need entertaining and there are a lot of them with money. These people are what 90% of the consumer electronics industry are aiming at. They want to sell these people an interchangeable lens camera alongside their microwave. But this market doesn’t know what makes a good image, or a good camera and they don’t care about camera technology. They want something that looks fashionable and that has a million gimmicks they can consume for a quick buzz. But unlike people who actually love cameras they are a false-economy. The are fickle, not loyal and won’t upgrade it for years because they lose interest. Nikon thinks they will buy 5 interchangeable lenses. They won’t. They don’t care for complexity, technique or being challenged. They are too tired from a hard day’s work to be challenged. They want to passively use a camera or TV and put absolutely no effort into it. The satisfaction of learning a skill has seemingly been forgotten and it is all about being passively entertained. A quick short to the arm, a quick buzz.

The upshot of this is that the standard of the product declines and the mass-market becomes over indulged, the market becomes saturated and turns off. The camera companies have to go to greater and greater extremes to get people to upgrade and buy yet another product they’re not really that interested in and won’t use very much.

The mass-market is not as interested in buying cameras as you and me. A camera that DOES provide for us, the GH2, is always out of stock in the US whilst the GF3 sits on shelves in great unsold quantities because Panasonic consider our niche tiny compared to the mass market. But it is better to be strong in a niche than weak in the mass market.

The mass market will never buy cameras sensibly because they lack the informed opinion to do so. To appreciate the GH2 enough to buy one you need to first appreciate what it does. With passive entertainment you don’t have to know anything or have a skill to get your buzz of amusement from it. Consumers consume… then spit out. Panasonic are currently wondering why the new LX5 was a massive flop but the previous LX3 a bestseller. See? A fickle consumer audience is bad for business.

Instead of building a high end mirrorless GFX1 and clearly providing for a niche – creative people who love buying cameras – Panasonic put all their efforts into the mass-market GF3 and destroyed the sales of their LX5 in the process. The GF3 provides the fickle non-enthusiast with yet another gadget they’d get bored of after 2 weeks, regret it, and sell it on eBay. Again it is a false economy. The next camera in the guise of the GF3 will not sell.

Look at the priorities at Sony. It tells us everything.

Little did we know that when the Sony Alpha A700 was released in 2007 for enthusiasts we’d have to wait nearly 4 years for the next one. In that time Sony quickly realised the A700 was a niche and put all their efforts into the lower end mass market. The new technology they did create like new sensors and a mirrorless NEX format was not aimed at enthusiasts but the consumer end of the market and so the features in these cameras were dumbed down to appeal to the masses despite massive advances in technology back at the factory.

But there’s a catch. With an eye-catching 24 megapixels and severely curtailed low light performance as a result the A77 is compromised to stand out to Mr Rich Tourist and Mrs Jane Consumer. It’s a spec that may even encourage other manufacturers to continue the megapixel race. If you get an completely unnecessary 32Mp on your 7D Mark II, don’t blame Canon – blame Sony and a failure of the camera companies to educate the mass market through their advertising. Instead they pander to whims, build fantasies about lifestyle, trends and promote glossy aspirations.

The consumer buys the bate once and then violently spits out.

How much more exciting would cameras be if they were designed to the specs laid out by camera engineers for other camera users?

Just think… there could be a business in that!