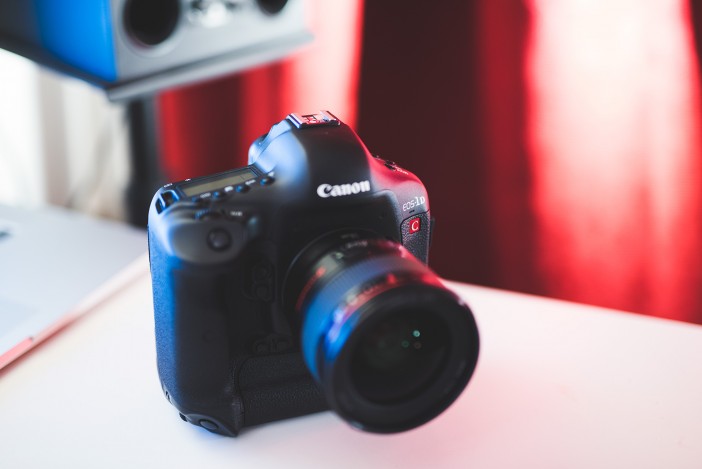 Some of my favourite images are from cinema cameras and DSLRs from which attention has long since drifted elsewhere!

Rest assured some of the older cameras on this list are better than any of the latest and greatest (if not in terms of usability then in terms of having an analogue film-like feel that screams “cinema” and not “digital”). 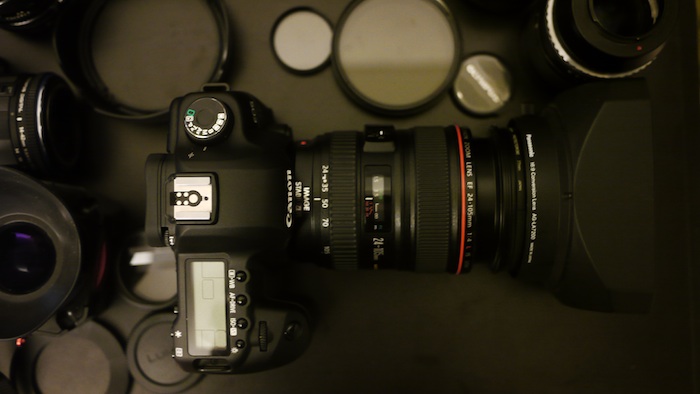 We are being diddled. In 2009 Canon already had 14bit uncompressed raw internal recording in their camera. Magic Lantern enabled this simply by enabling the buffer memory in the camera to dump to the compact flash card at around 75Mb/s. The hardware was already capable of this. It’s a feature which has never since turned up again on a camera from a major manufacturer, and it took until late-2012 for Blackmagic to give us Cinema DNG for a similar price to the 5D Mark II. Why do we have to bolt on bulky external recorders for 2K or 1080p raw when 6 year old DSLRs can already do it to affordable 1000x speed CF cards?

As for the image, it’s spellbinding. Extremely high dynamic range, with incredible colour that doesn’t turn to “HDR sick” when you push the dynamic range in your grade. It’s the most film like full frame image you can get and now the 5D Mark II can be had for less than £700 used, it’s arguably the most film-like and analogue looking digital image you can get in the world.

The reason it is underrated is because the 5D Mark III took all the plaudits for raw without aliasing, moire and with a cleaner low light image. However the 5D Mark II’s image has a charm of its own that I actually prefer in many cases. The image looks a little less soft without the moire filtering and the moire itself rarely becomes an issue. With the VAF-5D2b filter from Mosaic Engineering you get the same image from the 5D Mark II as the 5D Mark III but it has a more attractive film-like grain at ISO 800 and 1600 especially in the shadows which makes it look closer to film than to sterile digital.

Although the following stunning video was shot in Magic Lantern raw on the Mark III, the Mark II would have looked identical, if not even a little better!

With every technological leap RED has made since the MX sensor, their chips and processors have got less noisy and resolution has increased. However as Mattias shows beautifully on the EOSHD forum, the RED MX is where it’s at for a less clinical, less perfect, more Super 16-film like vibe from a RED camera. You can download an original RED RAW file from Mattias here.

As they are no longer valued by working pros due to obsolescence not quite being so obsolete in the case of the Red ONE, they are virtually thrown onto the second hand market without so much as a thought to getting a decent return! They have already made their money over the years for the owner.

That means you get an awful lot included with most auctions for your money, a ton of extras such as the EVF. RED’s compressed raw codec meanwhile remains one of my favourites, being gradable inside just about any mainstream NLE on even modest hardware. It’s a thing of beauty.

It’s essentially a 4K camera at ISO 800 and the rest is all magic in post. The dynamic range might not be rated for 15 stops, but far more of it is actually usable than in SLOG on the Sony F55 without it looking crummy.

The 1D C came out over 3 years ago now and I barely see it used only anything. The price was laughably up in ‘added value’ territory for Canon and few people thought it was worth it. Subsequently what few models there were out there trickled onto the used market for much more sensible amounts of money. Here it got rather interesting as you were essentially also getting the best pro Canon DSLR in the world thrown in for free and it remains their latest model (the 1D X). The 1D C is identical to that flagship camera in every way apart from one very important one – it delivers 1D X stills quality video at 4K resolution. It’s an image which will still be competitive 5 years from now, let alone in 2016. The 500Mbit/s 4:2:2 internal codec is also very capable, maintaining as much colour information as a 1D X JPEG and a pretty decent noise grain, though not as good as in RAW naturally. It’s a very high bitrate for a DSLR – most max out at 100Mbit/s. The file sizes are large but the results are worth it. It’s also one of the only cameras with that standard of image which is water-sealed. You can throw it into almost any shoot and it will deliver without a care in the world. The build quality is insane and yet it remains smaller than any digital cinema camera, even the tiny Sony FS5 (although not quite as lightweight). 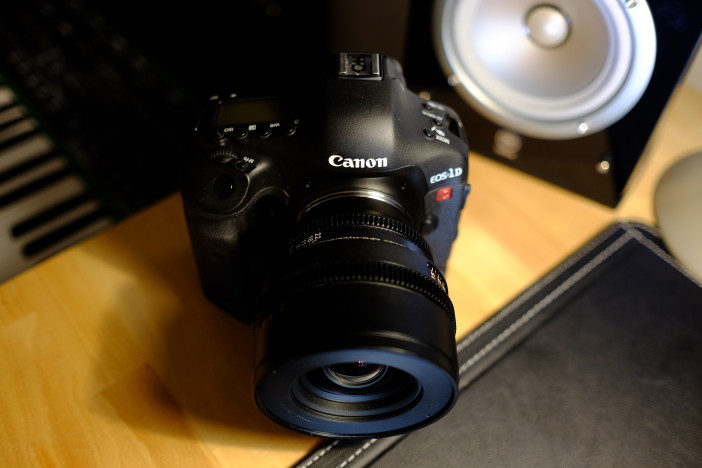 It remains underrated because it was aimed at a market who were moving away from DSLR ergonomics en-masse. Canon could have done a bit more for the 1D C’s usability as a cinema camera than to stick 4K in a 1D X stills body. There are no concessions, not even peaking!

Aside from rolling shutter, I’d much rather have had the 1.3x crop almost full frame image of the 1D C (along with fantastic low light performance) in a C300 II than the Super 35mm chip. It remains Canon’s most filmic.

The rendering of lenses is incredible and Canon LOG on the 1D C delivers colours which are so perfect out of the box, they hardly need touching in post. You certainly can’t say that about S-Gamut on the A7S II.

Sony’s flagship CineAlta camera came out at a time when large sensor Super 35mm cameras doing video were a rare high end beast reserved for the Hollywood elite. We had the RED ONE, Panavision Genesis and that was about the extent of it! The F35 uses a CCD sensor which gives it a global shutter readout, no skew from rolling shutter, and a more analogue feel to the overall capture especially in terms of colour, which it stores uncompressed.

It’s one of the most film like and cinematic images you can get and the prices for the F35 are now stupidly low on eBay, considering that in its heyday just 6 or 7 years ago it cost a quarter of a million dollars to own and was rental only on large scale productions.

In the rush to 4K the Japanese manufacturers forgot to give us a decent 2K camera! It’s all compressed codecs and sluggish editing performance now. We once got close though, with the BMCC. The 2.5K image from this was spellbinding. It’s a shame for me that Blackmagic followed it up with the less cinematic sensor in the BMPC with 4K, rather than putting the original 2.5K sensor into a more ergonomic, less power hungry body – in-between the Pocket Cinema Camera and URSA Mini for size, pricing and features. It wasn’t just the amount of dynamic range I liked about the BMCC (13 stops) it was the quality of the dynamic range. Almost all of those 13 stops could be yielded in post without any colour weirdness or banding. Cinema DNG helped a lot in this regard, but I would have liked to have seen a 2.5K ProRes option on the camera rather than the slightly compromised 1080p it ended up with.