The Alexa Studio only shoots 2K and HD but apparently the consumer world has decided it is rubbish and we should all rush out and buy 4K cameras and displays.

Hence the semi-pro JVC HMQ10 which goes on sale in March is the first 4K camera to break under the $5K mark or £4K. I’ve been keeping an eye on what JVC are doing with their quick Falconbird processor lately but it seems their strategy is a complete mess to me.

The JVC may be a 4K camera but it has the brains of 4 1080p camcorders. That reminds me incidentally of the joke in TV show Red Dwarf where the ship’s computer has the IQ of 6000, the same as 6000 PE teachers. 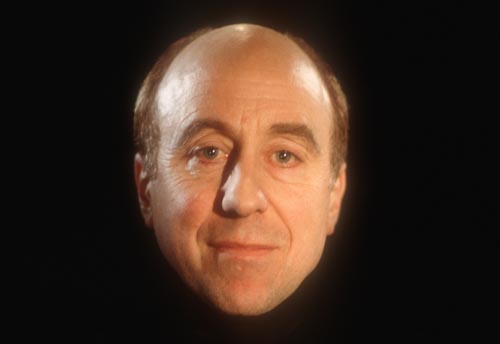 Rather than record 4K files the HMQ10 splits the 8 megapixel 4K sensor up into 4 quadrants and records 1080p onto 4 SD cards. It also has no less than 4 HDMI outputs (no HD-SDI). What display has 4 HDMI sockets and combines them to for a 4K image? Answer – not many. I wouldn’t advise waiting either – the chances of 4K via 4 HDMI outputs being the de facto adopted standard is pretty slim and isn’t future proof.

4 quadrant 4K (QFHD) as it is known clocks in at 3840 × 2160 and was first devised as a PC standard not a digital cinema one. It is also the resolution Panasonic recently adopted for a 20 inch – yes 20 – TV. Whether you’d notice the difference in the home with 4K remains to be seen. Most existing 4K displays are 4096 x 2160 and for the human retina to make out the extra detail they need to be over 100 inch in size at normal viewing distances.

Digital cinema 4K standards meanwhile vary massively as they are dependant on aspect ratio. Academy 4K is 3656 × 2664 whilst digital cinema 1.85:1 is 3996 × 2160. I don’t know why they don’t just all choose 4096 horizontal for all of them and only vary the number of lines vertically for different aspect ratios. It is called 4K after all not 3.6K.

Depending on whether you are shooting in 4:3 with an anamorphic lens (giving you a lovely 3112 lines) or cropping for 2.39:1 (only 1714 lines – not much more than 1080p!) vertical resolution is all over the place with 4K. Indeed such is the resolution wastage in 2.39:1 an anamorphic lens and 4:3 sensor has never been more desirable when it comes to 4K digital cinema.

However there won’t be any anamorphic fun to be had with the HMQ10. It features a fixed lens – the kind of 10x zoom video lens that wouldn’t be out of place on a DVX100 from 7 years ago. The sensor on the HMQ10 is a tiny half inch CMOS (the GH2 is 3x larger at 1.5 inch) and it is pretty poor in low.

So whilst the sensor and the lens are about as unexciting as they get, it DOES do true 4K. I just don’t understand why they took the quadrant approach. SD cards are not suitable for 4K in any guise, putting 4 slots in there as a work around is even more bonkers than having 4 HDMI ports. Not only are small SD cards easily broken or lost in the hustle and bustle of a production set, HDMI is just about the weakest connection port known to man. That there are 4 of each makes 4x more likelihood of a related issue cropping up.

It is not that JVC didn’t have an affordable alternative.

SSD drives are actually very cheap. You can get a 120GB SSD with SATA III connection for $150 to slot into a PC or Mac. That is nearly $1 per GB and prices are still falling. The SATA III port itself costs barely $2 and can be found on USB drive caddies for $10 but not on the $5,000 HMQ10.

It beats me why we are not seeing SATA III bays on cameras like this so you can slot an SSD into it. It is essentially the same technology as RED use but because they are a common PC industry part made by OCZ, Kingston, Intel and Crucial they are far cheaper and more accessible. At the back of an aluminium drive bay meanwhile the durability of the SATA III connection is not a problem.

At the rear of the HMQ10 you get a 260k resolution EVF, that compares very unfavourably with the 2.4MP OLED EVF on much cheaper Sony APS-C DSLRs like the $700 A65 (can’t wait for this to be on a full frame model).

So is there much to get excited about here?

Since there are no 4K displays under $30,000 at the moment it is hard to know for sure, but my guess is that in the home 4K will be as much of a white elephant as wearing 3D glasses is.

In cinemas, only now are projection rooms being upgraded to 4K. I am not even that excited about 4K in cinemas. Until now detail on the big screen has been soft and organic, the way I like it. I don’t see how 4K will be that noticeable or that much of an event. It may even give you eye fatigue like 3D does.

And by the time there is a proper 4K industry and infrastructure around support it, much better and cheaper cameras will have replaced the stop-gap HMQ10.