If this camera turns out to be real, I’ll buy it immediately.

PhotoRumors claim to have received pictures of the upcoming G7X Mark III, based around a 1″ sensor and F1.8 zoom lens.

Although Canon do seem to be pushing hard in this market (with the APS-C sensor G1X Mark III most recently), the design shown here seems far too radical for boring, conservative Canon.

If the rumour is a fake rendering, it’s a really good one.

The controls are really well thought out and minimalist. The text and graphics on the display are super clean and concise, without impinging too much on the image. The fact it is a tilting OLED like on the Samsung NX1, is just plain sexy. Then consider that it’s the first affordable Canon large-sensor camera to shoot 4K (with the same chip size as the Canon XC10 and Sony RX100 V) – 4K 60p at that, and we have a winner.

Apparently the announcement is due in March at CP+

I have my doubts though, and here’s why –

Look carefully at the top of the camera, specifically the top-back-edge of the body near the jog-dial and shutter release… 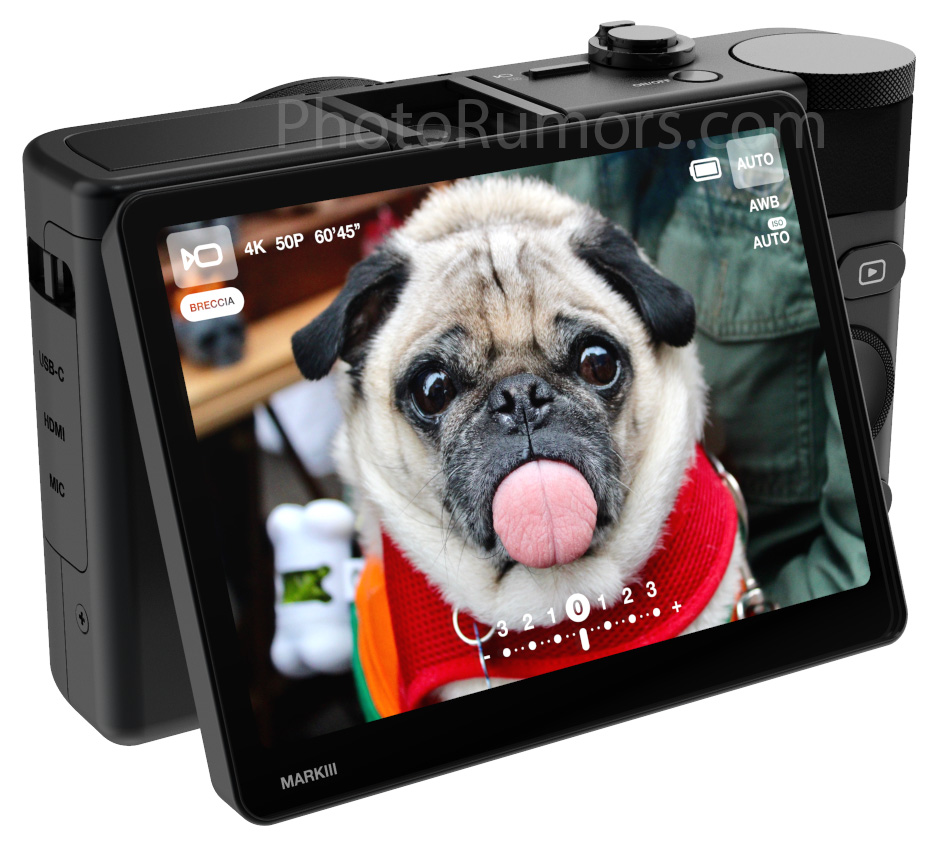 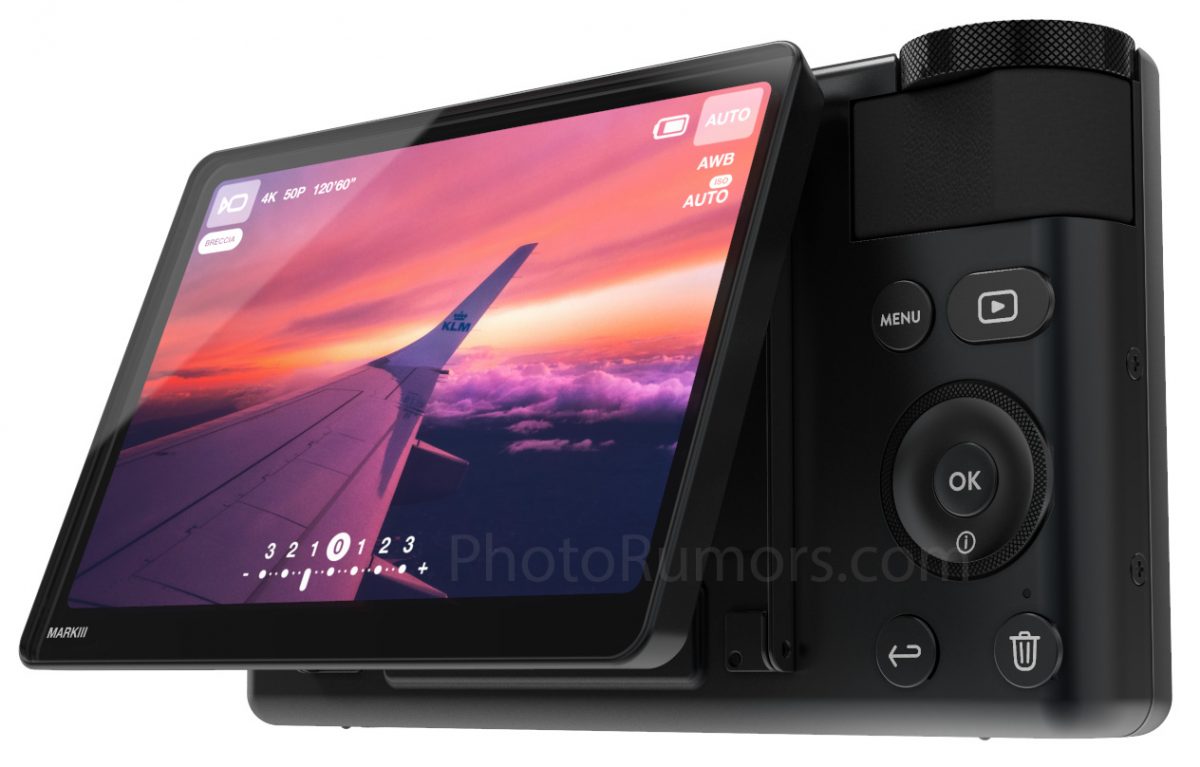 Also to do 4K 60p in such a compact body is very hard, it would generate a lot of heat for such a small chassis to contain. Either it only does 4K 60p in short bursts, which is unlikely for Canon – or they are using an extremely efficient processor and sensor… beyond what even Sony has in the RX1000 V, which tops out at 4K 30p. The time readout says 120’60” next to the movie mode icon on the picture. Make of that what you will. Furthermore, what does “Breccia” mean under the movie icon? The specs mentioned by PhotoRumors say 4K 50p as that’s what’s shown on the screen. It’s odd because manufacturers usually state the NTSC frame rate – 30p or 60p – in promotional material, and as we all know 50p is a PAL-only thing. By the way, if it’s only capable of 4K at 50p, that makes no sense whatsoever because 4K 60p is the more widely used video standard.

Canon is not known to make sudden changes to button layout, design, icons or user interface either – and none of the elements in this picture, be it physical button elements or graphics on the screen, fit Canon’s current way of doing things. It would be a big shift for the user. I honestly don’t see Canon making such a move especially as their current designs are already among the most user friendly on the market… albeit completely stale in the smartphone era.

The hotshoe looks a little off to me as well… In the one photo it is visible, the screen is blocking the front of the hotshoe so you couldn’t slide anything onto it. Maybe that’s because the screen is pulled out and tilted.

The ports are USB-C, HDMI and most surprisingly of all a mic jack. I don’t see Canon putting a mic jack on this kind of compact, let alone USB-C.

Anyway, I hope I am proved wrong and this rumour sets the tone for Canon’s REAL 2018… They need to start being exciting again. Excitement levels are critical and receding, captain. Buckle up and press the accelerator Canon-san!