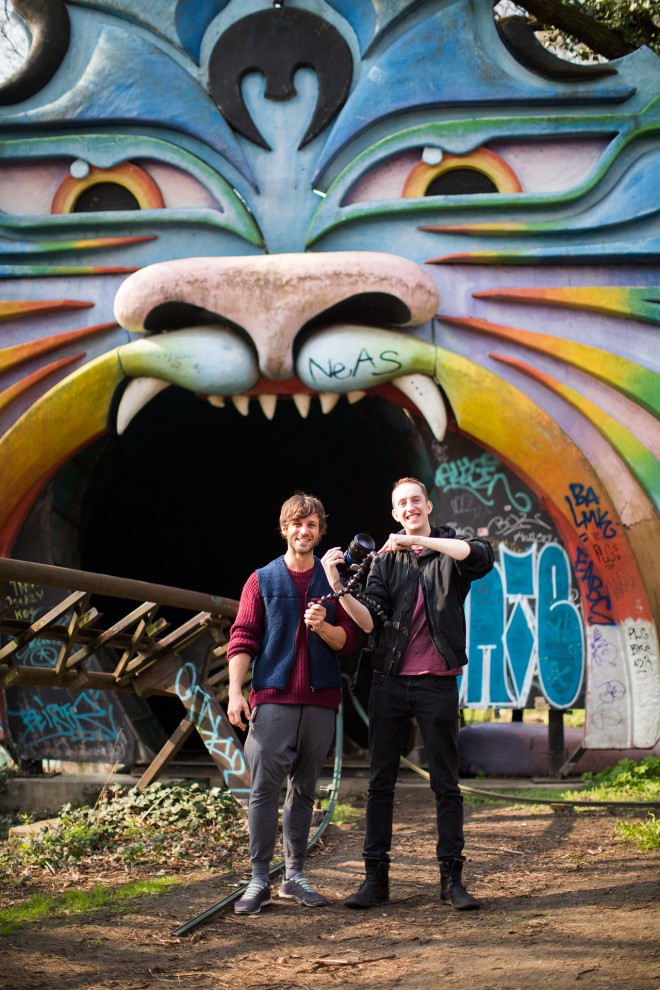 Myself, Andrew Reid (above right) and Frank Sauer (be sure to check out his work here) are currently shooting with the Panasonic GH4!

So the big question has arrived – is the GH4 worth kicking your girlfriend out of bed for at 5am to catch the magic hour light? The answer is yes and we are putting our new girlfriend through her paces with a week of action packed shooting, featuring free-runners, drones, gimbals, abandoned theme parks and apocalyptic Berlin factories. 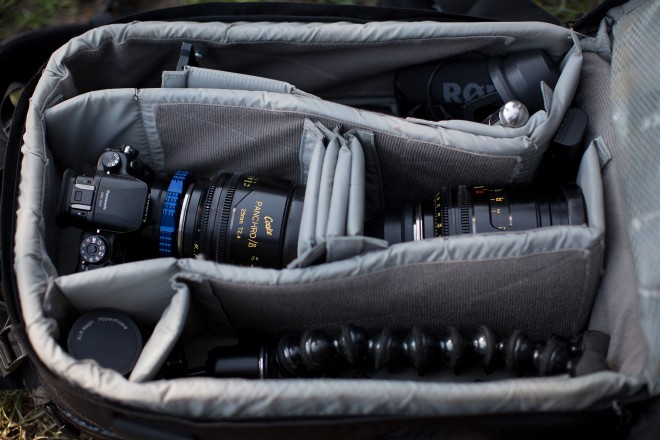 An introduction to Frank Sauer

Director Frank Sauer is a professional filmmaker now based in Berlin, whose clients include Red Bull, Universal and the BBC. I remember watching some of Frank’s personal work – Light Emitting Dudes (shot on the GH2) and going wow – who is this genius? 🙂 Later our paths crossed when he bought a copy of my GH2 Shooter’s Guide. I’m currently working with Frank and the costume designer for Light Emitting Dudes, Christina Zahra on an upcoming music video project.

In comes the GH4…

Panasonic have loaned Frank a pre-production GH4 which is what we’re using here. I am supplying some Cooke PL mount lenses which I bought used in the UK a few months ago. This camera sample has firmware v0.5 but seems functionally very complete with only a few bugs still remaining. Panasonic also have an EOSHD sample unit in the pipeline but are waiting until version 1.0 is ready before sending units out for reviews. This production diary is not therefore a final review, rather a very complete in-depth real-world shoot with the camera by two filmmakers. 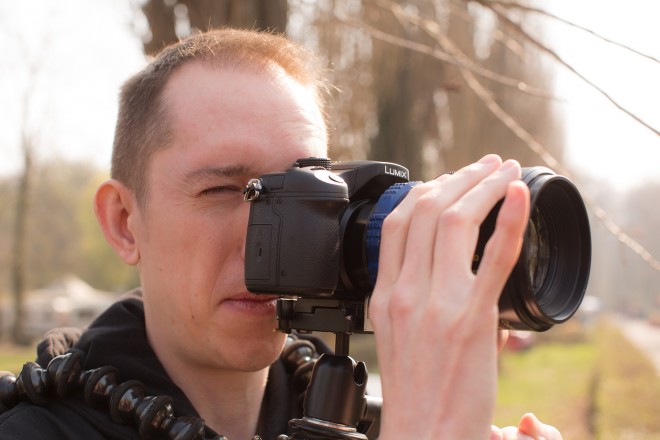 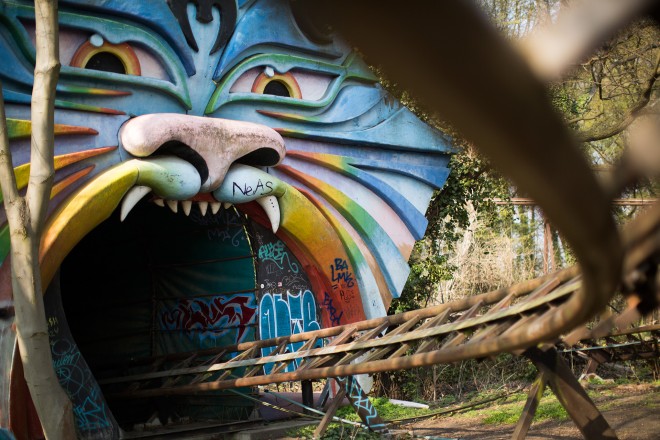 Day 1 was a location scouting tour of the soon to be destroyed Spreepark abandoned theme-park in Berlin, location for the Cate Blanchett thriller Hanna. The plan is to use this location for Frank’s intrepid group of free-runners before it’s lost forever. This charming, unique gem of a location has been sold back to the Berlin local authorities who have ‘eco park’ plans for it. On day 2 I am going to shoot with the GH4 in central Berlin and run a cannon of EOSHD tests before handing it back to Frank for his other (non-Spreepark) free-runners shoot in the week. I have just done a low-light test vs the GH3 and 5D Mark III (raw) at ISO 800 to 6400 which I’ll publish later on in the diary. It’s quite an eye-opener.

On Monday comes the first 4K location scouting footage shot at the Spreepark by Frank and I.

This shoot started with the expectation that we would go through countless batteries and cards. 4K to SD card on a mirrorless camera battery? That’s never gonna work! The astonishing thing was, 2 hours into the 4K shoot the battery was down just 25% and that wasn’t even a result of us being overly economical. We had a bunch of 1080p slow mo at 96fps in there for good measure. The even more astonishing thing is the 4K codec has such a light footprint. About 100MB for a 10 second clip. 8x smaller than Blackmagic Production Camera 4K in ProRes. 1GB for a whole minute… approximately 64 minutes per 64GB card is very nice when you are used to 12 minutes per 64GB with 1080p raw on the 5D Mark III… yet this is 4K. So 8bit 4:2:0 has its advantages after all… wow. 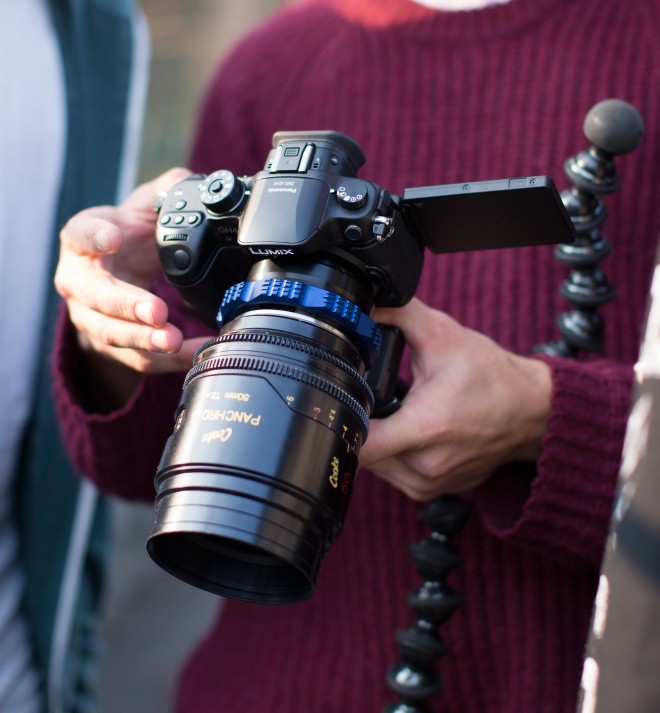 The camera so far has not been very fussy about cards. For recording 4K the 64GB Sandisk Extreme Pro Class 10 95Mb/s card worked as did the newer Panasonic SD HC UHS Class 3 card supplied with the camera. UHS stands for Ultra High Speed bus and class 3 guarantees the write speeds needed for 4K. That’s a sustained 30Mb/s guaranteed compared to just 10Mb/s guaranteed on a standard class 10 SD card for 1080p.

Image quality in 4K is out of this world. It really feels like the full capability of the lens is right there in your images. If a lens is low contrast wide open you know about it. If a lens is sharp and punchy you see this no holds barred. No more fuzzy 1080p – this is the real deal. It looks and feels like a moving DSLR still. Detail is so crisp and smooth when you view 4K at 2.5K on a 27″ iMac. I don’t yet have a 4K display. For one thing I don’t feel I need one. 4K looks WAY better than 1080p even on my iMac screen. 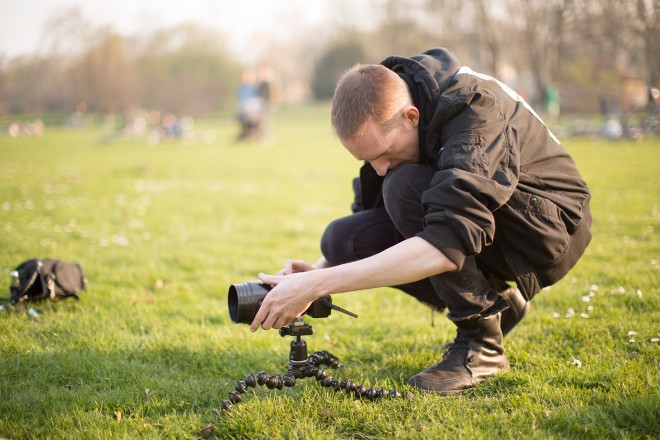 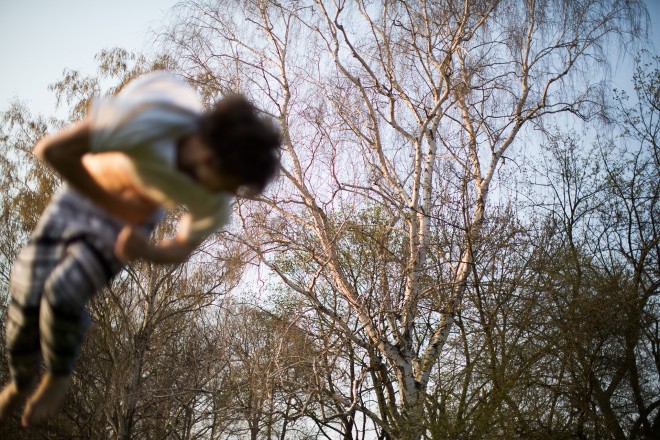 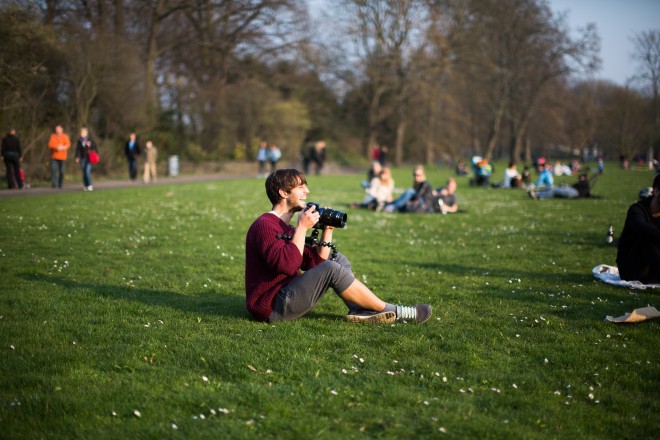 Day 1’s scouting footage was shot on a mini stabiliser and some of it just handheld. Frank likes to use a Joby gorilla pod works surprisingly well as a lightweight rig with 3 contact points with the body, plus a forth with the EVF to your eye. Very stable once you get the hang of it.

I think handheld works brilliantly for actors and Frank’s free-runners and action sports. For landscape / location shooting I tend to use a tripod. We had to shoot fast and cover a lot of ground on the tour of the location this wasn’t really a nice option – but Warp Stabiliser works really well with the 4K footage to give more smoothness to the handheld camera movement.

We didn’t just shoot 4K but tried out 1080p as well, in particular the slow-mo mode. The full HD image at 96fps is however quite soft and there seems to be some line skipping going on because there’s quite a bit of aliasing present. Let’s see if this improves much in the final firmware. 96fps is indeed still awesome – it really does look slooooooow – but I’d be tempted to shoot at 60 frames for most stuff and add a bit of Twixtor if it means a better image with less aliasing. More on slow-mo later in the production diary.

Cooke PL lenses on the GH4

With 4K on the GH4 you really notice if your lens is not resolving sharply at high resolution especially wide open. With the Cookes you can just pop the aperture wide open and not worry about losing contrast or sharpness. These lenses are ‘perfect’ yet somehow stay leaning towards character rather than clinical. I have 3 of them, dubbed Panchro/i. They are modern / current Cooke lenses but very recently were relabelled – they’re now called “S4/i Mini” but the design and spec remain the same. The S4/i Mini / Pancho/i lenses are designed to match the larger Cooke S4 series at all apertures but start at T2.8 instead of T2.0 to keep the weight and size down. I’m using Ciecio7’s beautifully crafted PL adapter with these lenses ($320 on eBay here 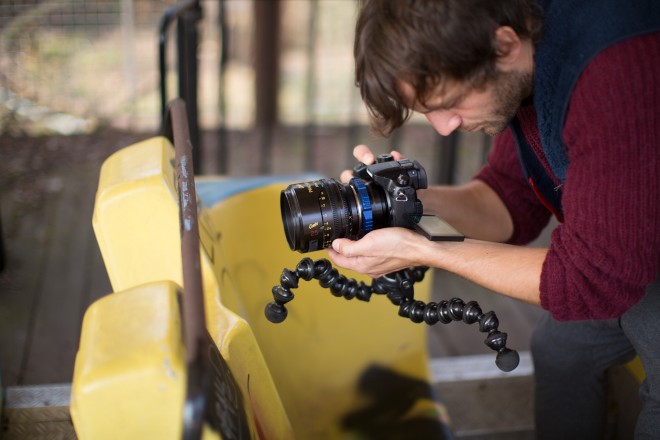 These lenses also look the part… they look professional, because they are. The same as used in Hollywood. Although I think the Cooke lenses are a good rental option for high budget shoots, owning them makes me nervous. I wouldn’t have bought one, let alone three, if I had to pay the new price – unattainable for me. Now I am scared to death of these being lost or damaged because of how irreplaceable they are. I have the 25, 32 and 50mm. The 50mm is probably my favourite of the bunch. Lovely rendering of people, backgrounds, colour, resolving power, everything to be honest. Mechanically they are incredibly tough. The focus ring feels sooooo nice as does the aperture. Obviously it is designed for a follow focus but it’s surprisingly nice to use handheld ‘bare bones’ on the GH4.

Focus peaking on the GH4 was mixed in terms of performance. With highly detailed, high contrast edges – it works fine and updates smoothly with no lag. Trees against the sky, foliage, bushes, that kind of thing works well. With anything more subtle like the face or a less harshly detailed surface – hmmm… Not very good. They need to fine tune the sensitivity of it for the final firmware I think! There’s currently two settings – high and low – also you get to change colour.

The EVF however is all-out mega. I used it a lot and didn’t miss the Zacuto Z-Finder one bit. A new option – Monochrome Live View – can be enabled to help further with focus. The OLED articulated screen is very sharp in 4K mode and good visibility in bright light. One annoying thing however was that on-screen shooting info dims after a few seconds (so far, ok) but then disappears altogether – what the hell! You have to half press the shutter release to bring it back. It is a bit annoying to have the histogram vanish for no good reason in the middle of shooting.

Video Priority Display is an option I found pretty cool – it adds expanded codec information and frame rate to the live view display in place of the stills-only info like flash mode, etc.

Also the GH4 we have can be switched between NTSC, PAL and “Cinema” frequencies. In the Cinema mode you get 4K DCI (4096 x 2160) at 24p only and all other resolutions are also 24p only in this mode. In PAL you can select 25p for 4K but resolution tops out at Ultra HD (3840 x 2160). Not a huge difference but something to keep in mind. With the 4K DCI mode you have a wider aspect ratio and larger recording area with slightly less sensor crop. I like it better. 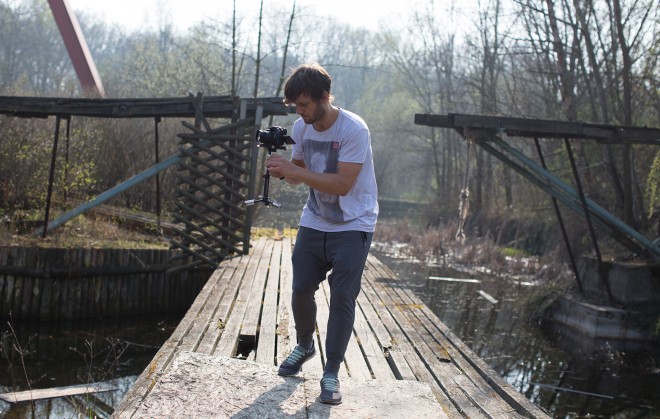 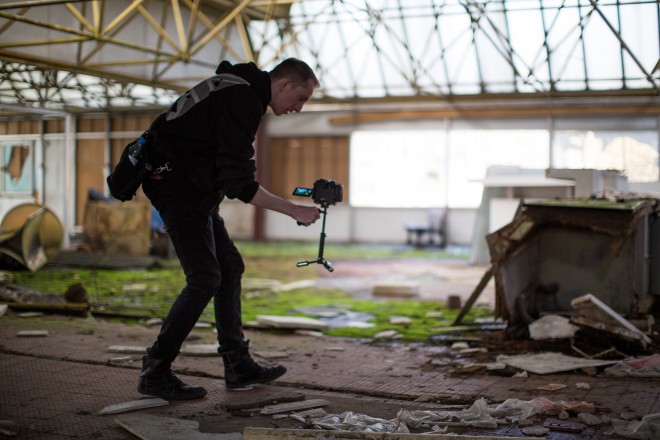 The GH4 is one of the most exciting cameras I’ve ever shot with. The whole ethos of this camera I love. Feature after feature packed into it, the convenience factor of an efficient 4K codec and no more huge file sizes or bulky external batteries – not to mention the accessible price for the masses and astounding image quality in 4K – both of us were in awe of it. There’s way too much material to try and put into one page or even the usual two part EOSHD piece, so my coverage will be spread out daily for the rest of the week in the run up to NAB. Hopefully we can all go into the new camera announcements at the NAB 2014 show with some confidence about which new camera to choose and if the GH4 should be one of them – or not!

I’ll leave you with a b-roll of photos from the shoot… Be sure to check EOSHD tomorrow for the first 4K footage, and discuss the GH4 on the EOSHD forum here. 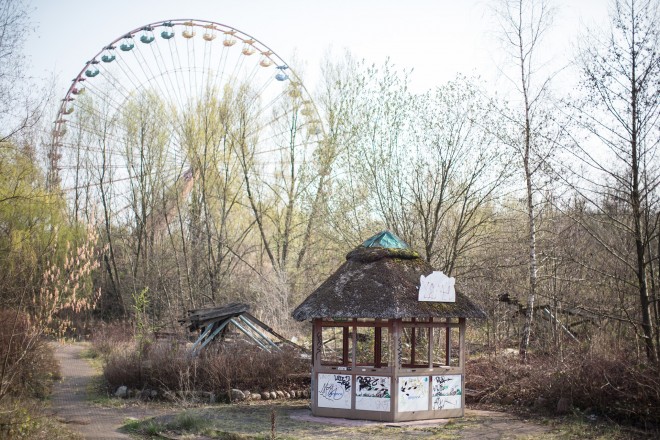 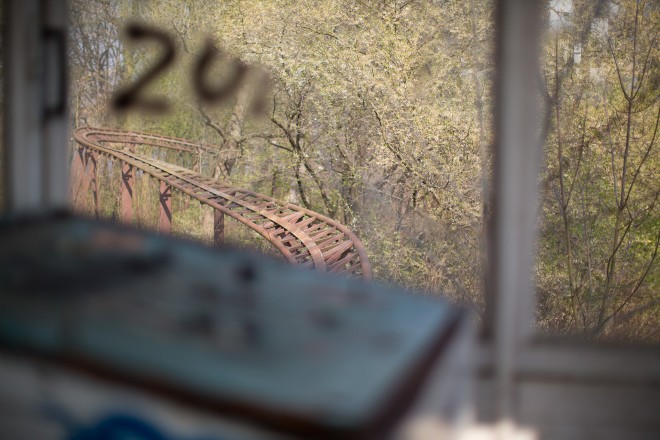 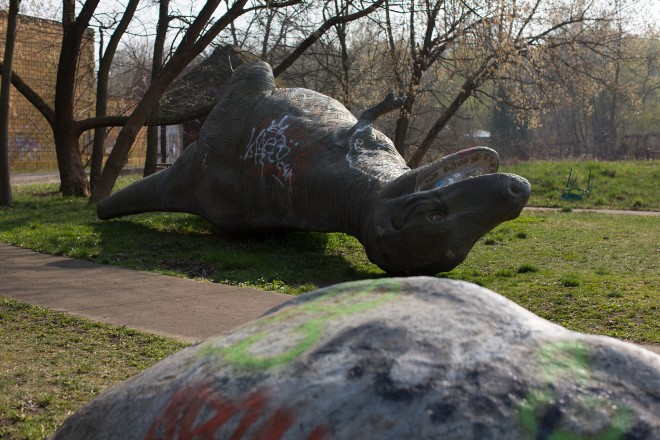 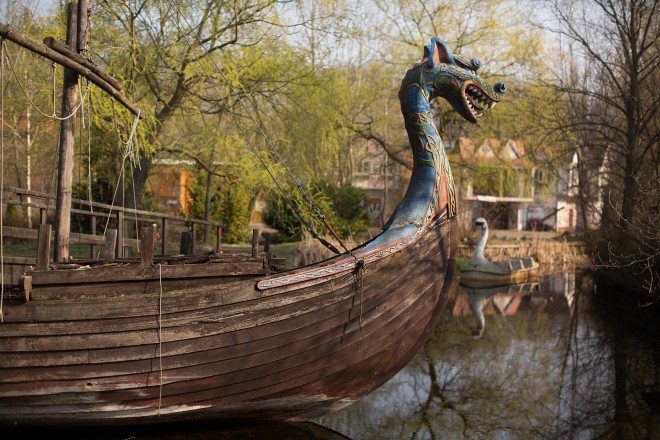 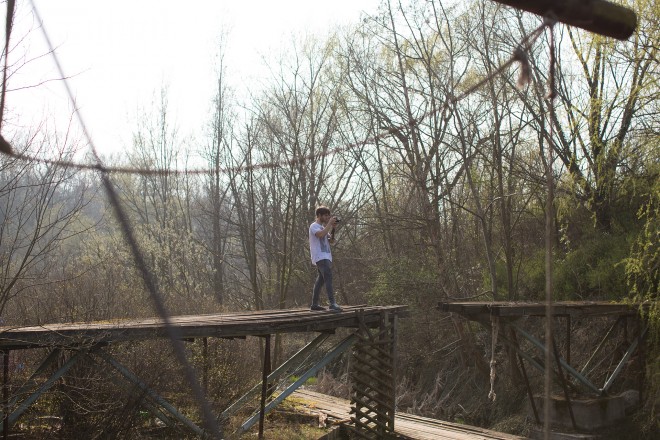 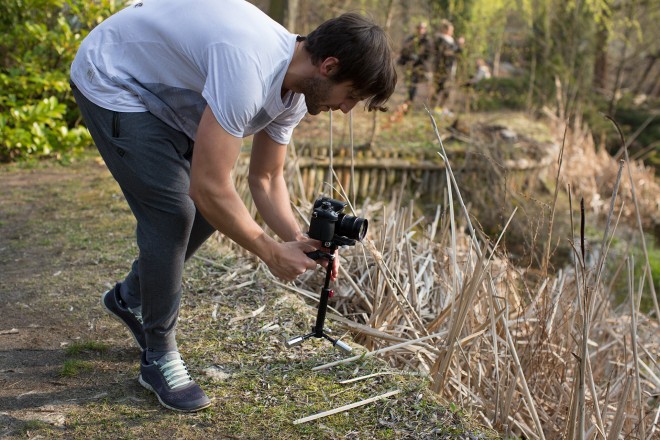 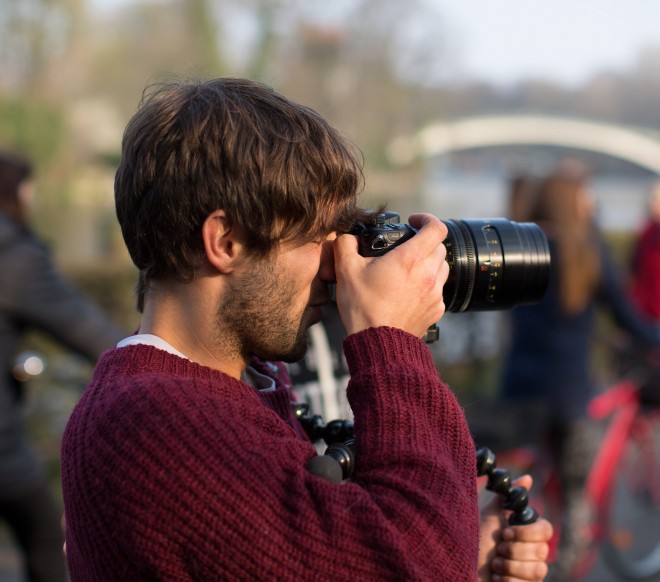 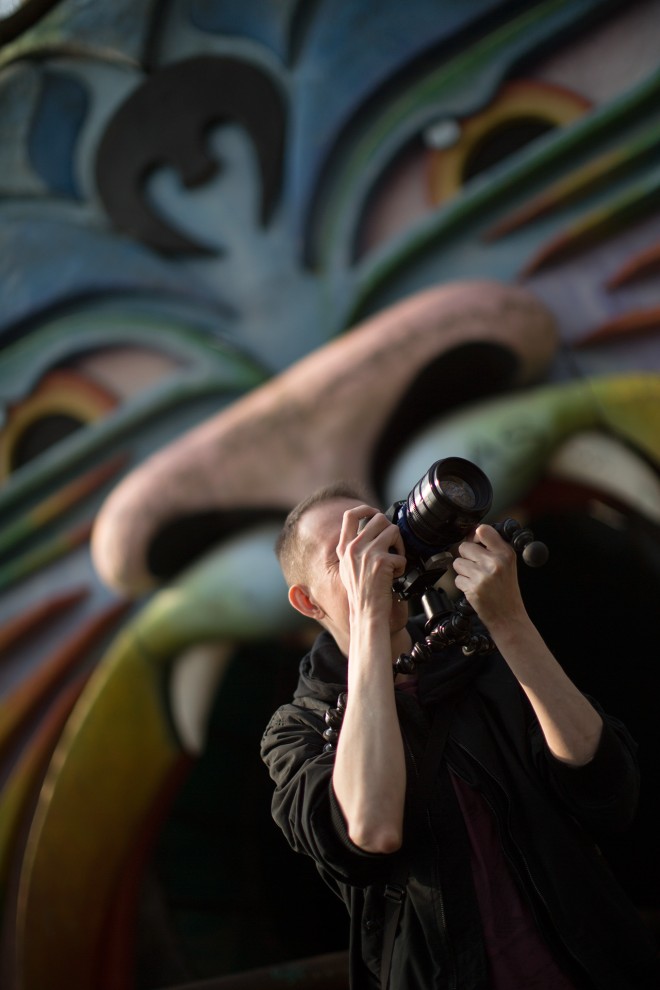