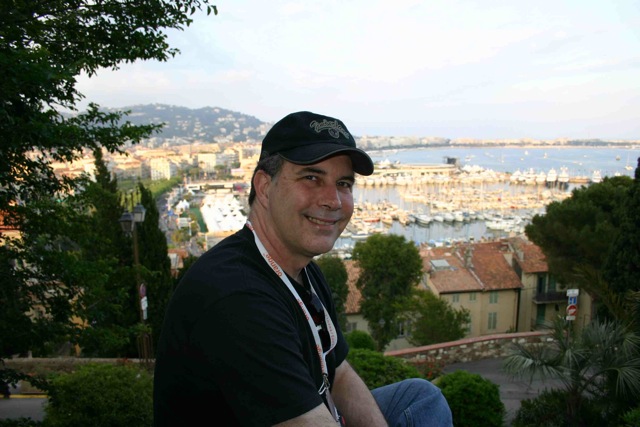 A few days ago I spoke to Jeff Gibbs, a lifelong friend of Michael Moore, a composer, a producer and a filmmaker in his own right. Most significantly of all, Jeff is also an EOSHD reader!! So last week we had a long transatlantic chat on the phone about filmmaking, DSLRs, 4K and Jeff’s new film. Currently in the edit suite, this is a wry but thoughtful documentary called Planet of The Humans about “what happens when six, no make that seven, billion clever apes overrun an entire planet.”

The feature, shot partly on the GH2 and 5D Mark II, takes a cynical view of the green energy industry, bio-fuel and questions what the future is going to look like after oil runs out. Jeff had some great insights into the world of cinema, DSLRs and The Hobbit…

On The Hobbit / 4K resolution

In Jeff’s opinion, there’s been a steady decline in the quality of film prints and that the extra resolution offered by 4K should be welcomed. 48fps however, he sees as risky and ‘an experiment’.

“And I wouldn’t blame cineplexes or Hollywood. I actually would blame our artsy indie film sensibility first, confusing “the film look” with grain and darkness, muted colors. At the same time there has been I believe a slow degradation in the quality of the film prints delivered in general, something that has crept in so slowly we don’t realize what we’ve lost!

“The epiphany came when screening a print vs [a 1080p]blu-ray for our local community theater’s showing of “White Christmas.”  The blu-ray was astounding – like someone had cleaned the glass. You could see detail and color that were unbelievable. But then it occurred to me – the blu-ray was made FROM THE FILM MASTER and could be no better. THAT was what audiences were seeing in the 1950’s. Film in all its glory.

“I am in favor of what Jackson [on The Hobbit]is doing with higher resolution BUT the 48fps experiment is just that. I believe 24p is not a conspiracy or a learned thing. It stood the test of the human experience of disappearing the hand of the filmmaker, and part of that was forcing you to not have flying, sliding, wobbling cameras. I think that limitation forced directors away from tricks and into story. As “cinematic” as the filmmaker may feel lots of movements make a film look, it is also not how the human body or eye moves and however subtly calls attention to the hand of the filmmaker.”

“Storytelling is a very, very high level skill that few put the requisite work into mastering. Easier to buy a new slider and call it good.

“Everyone just wipes out the nat (natural) sound and puts in music ala Philip Glass (and I love Philip Glass!!). What’s the point of that? Nat sound is MORE important to film/video than music – and I am a composer!  I think we’ve lost our way and ego rules the day. I guess that thought offends 99% of the people on Vimeo. Oh well.

“How can you even know what the right music is until you understand the voice tones as well as the sound of the background?  At least that’s how I work. Nat sound, even more than what we see, is what brings us emotionally and experientially into a place. Music is in support not just of the visuals, and the story, but the soundscape.”

In my view the DSLR community does need to challenge itself more with getting the voice & opinion of the filmmaker across, through the use of natural sound and storytelling (doesn’t matter if it is documentary of fiction – it is the message that counts!). Showing a high standard of production with a slider is easy. It is easy to get a ‘wow’ effect with timelapse, the scene (nature) is directing itself. A high resolution camera pointed at something pretty. There’s no message there. Koyaanisqatsi had a firm message and made an art of the technique of timelapse. Without the art, timelapse remains just a technique. 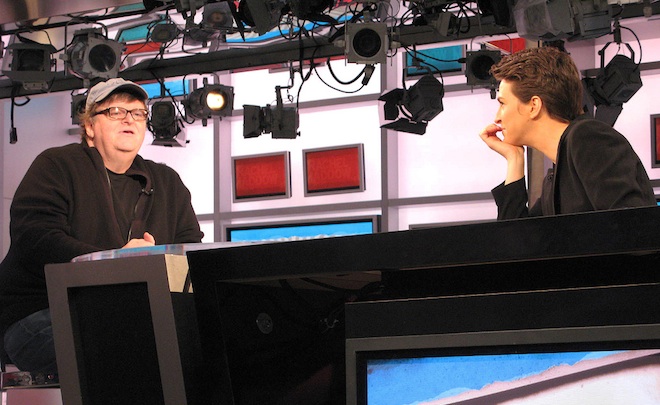 “He is a lifelong friend, we have known each other since high school. I stumbled into filmmaking when one day they were short a field producer for Bowling for Columbine and I stepped in to help and within hours had set up two interviews that made the film. Of course Michael and I had been watching movies together since high school so I think we share the same sensibility. I am a MOVIE fan first and foremost. 2001. Alien. October Sky. Koyaanisqatsi. Woodstock. Lifelong fan of Tolkien as well. The art-house indie film world bores me to tears most of the time, but sometimes there are real gems. Troubled Waters (a film from Norway) comes to mind. Run Lola Run.”

Jeff says Michael used Super 16mm and HDCAM to shoot his documentaries on the most part. Not for him the stealth factor when approaching a corporation, rather all guns blazing!

“The very first film I ever worked on, Bowling for Columbine, really did bridge the gap between film and digital. It was a very surreal experience working on “Bowling for Columbine” in many ways. I had never worked on a film before, and the first day Michael asked me to help out on what seemed a lark just happened to be a day I had off work. Actually he instant messaged me something like “what are you up to?” and I said “not much” and he said, “you think you can help us out for a while today?”  I said sure why not, being eager to see what a film crew looked like. At this point I had no idea even what a DP was and had certainly never met one.

“As luck would have it that very first day I was able to stumble into finding what would turn out to be two key characters for the film, and by the time we wrapped up filming and got home it was 4 am. Michael asked me to stick around for the rest of the week. I faxed in my resignation to my day job, and secretly prayed that I just didn’t hurt my friend’s film. Of course as it turned out Bowling for Columbine smashed the box office record Roger and Me set by about four times, then a couple years later Fahrenheit 9/11 smashed Bowling for Columbine’s record by another four times. I guess things turned out okay.

“It was a lucky time to get involved in these breakthrough films, and a good time for some on the job training because Bowling for Columbine was shot on just about every format imaginable. We began with super 16mm film, necessitating stopping every twenty minutes, a camera assistant in the ready with fresh film, a store of films of different speeds waiting in a nearby van. I remember someone saying in a mere few days of intense shooting we had run through our entire budget for film.”

Jeff did use a GH2 on his documentary ‘Planet Of The Humans’ – mainly for interviews (where, he says, the subject relaxes far more in front of a small camera compare to an HDCAM) but is still put off it somewhat for documentary because of rolling shutter jello and a lack of headphone socket.

Jeff’s current cameras are – the XF300, GH2, and 5D Mark II. A Canon Vixia camcorder was used to shoot an eviction on Michael’s recent documentary Capitalism: A Love Story.

“That an eight year old consumer product [the Vixia]should have more resolution than the Mark III is just bizarre. I have used the 5D MARK II for my film, and the useable stuff is just gorgeous. But for run and gun shooting when you want to capture every frame in a usable way, its a problem, or for wide shots of cityscapes or landscapes, where the resolution is an issue. I love the look it and wish they had given the 5d Mark III the resolution that most filmmakers need. If the 5D Mark III had the resolution of the GH2 it would be my dream camera, all I would need for a long while.”

The catch is that Canon did give us the resolution, but decided to charge $15,000 for it in the Cinema EOS 1DC, taking it out of the hands of the masses or smaller scale film projects.

“I really believe that the tools at hand, internet access, cameras, and the people that use them, play a critical role not just for you and me, but for justice and democracy around the world. They may have a lot to do with how the time were in turns out, for good or evil. I also really believe that storytelling is critical to the human condition. The arrival of affordable tools is fantastic for all us, but nor more likely to produce great films than the arrival of word processors was to increase the number of great novels. It did not. I cheer on all who try their hand at storytelling, and encourage us to understand that great storytelling is an high level, hard-won skill taking years or decades of hard work and failure. Looking for visual shortcuts or tricks or being a bit too obsessed with cameras is a wrong turn. Storytellers don’t call each other in a cold sweat over Red vs 5D Mark whatever, they call each other in a cold sweat late at night worrying about their STORY. The best that technology can do is get out of the way of the story.”

Jeff makes a good case for why accessible affordable cameras are important, and EOSHD is about pushing the manufacturers to make them as good as possible. I often get slammed for calling them out when a product disappoints and whilst I am far more a cinematographer than a writer or story teller (so the cameras play a big role for me) I completely agree with Jeff’s point on the importance of the story and the message. Much of filmmaking is a major force for good in the world.