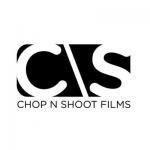 NX1 feels like the better bang for your buck unless you shoot a lot of nightclub stuff or wedding receptions.  Or you could simply invest in faster glass.

Id imagine the image coming out of the NX1 is better overall, but the A6300 should perform better in low light. Also the 2x crop for slow-mo is a huge turn off for me, however, theres a speedbooster t