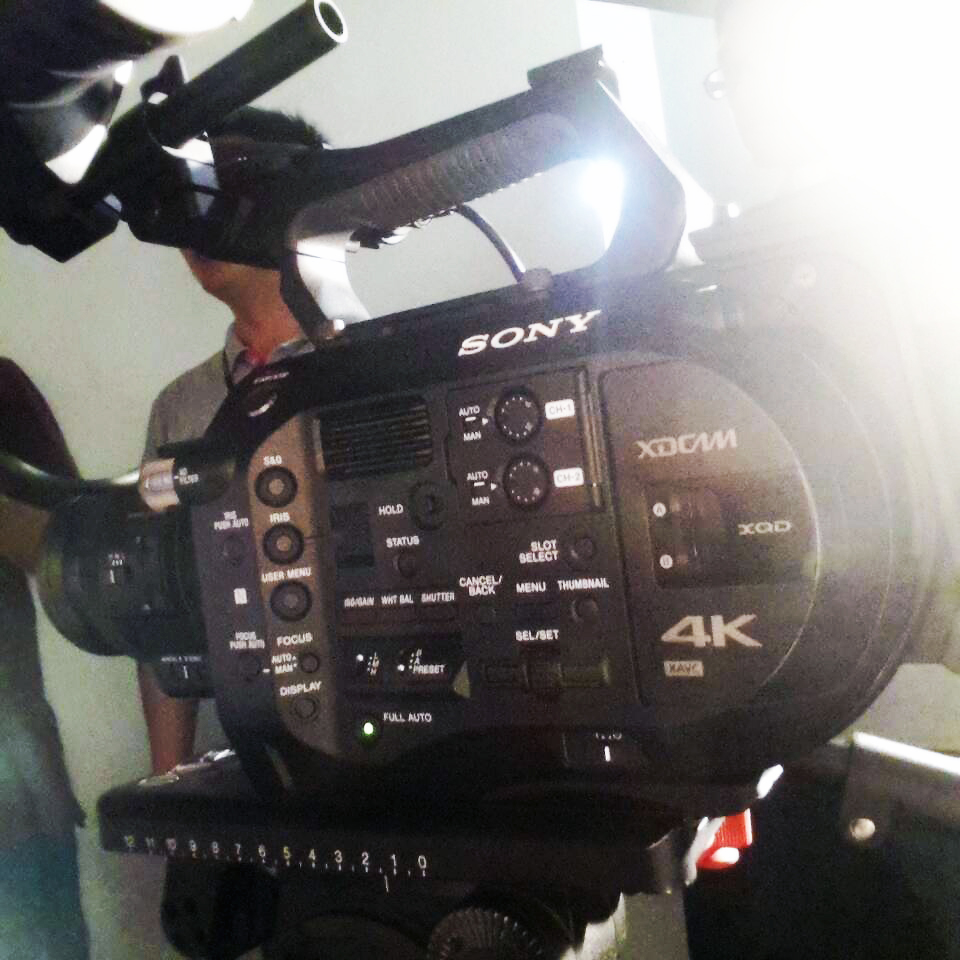 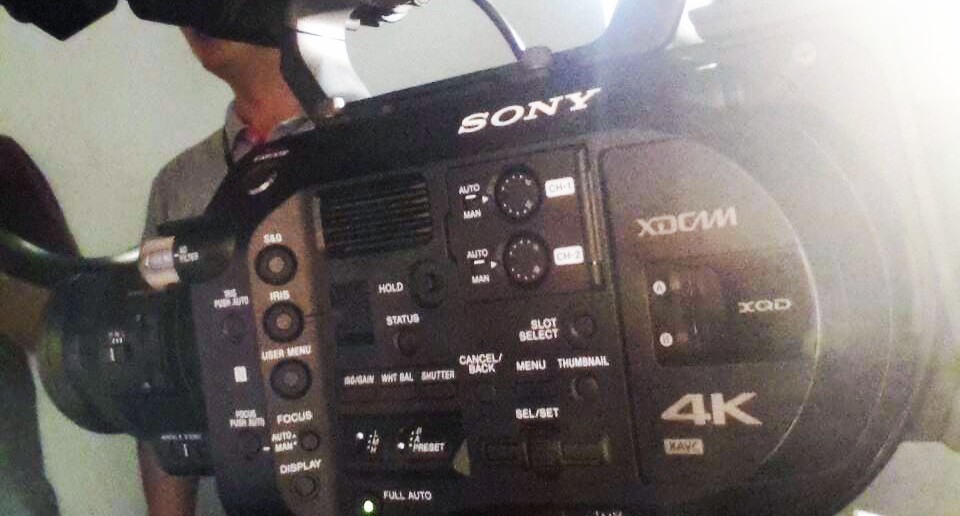 The image leaked by a Chinese site (Filmaker.cn) shows what looks like a 4K XAVC recording FS700 successor. Via RedShark News

Leaked blurry smartphone images are all over the web yet again!

This could be the FS700 successor, although in reality we don’t know anything beyond that it records 4K to an internal XAVC codec and appears to use E-mount lenses, the leak offers some tantalising prospects…

First the obvious question. If the FS700 successor is to record 4K XAVC out of the box and is priced lower than the F5, will Sony be forced to make the same ability on the Sony F5 official now that camera is recording it unofficially?

Then there’s the Sony F55. This is in danger of being seen as a £12,500 text file of a camera. Is the price of that model going to drop because a pretty major unique selling point (4K XAVC) is available lower down the Sony line now? If the FS700 Mark II has the same sensor as the F55 and so too the F5, is global shutter going to be turned on across the line?

Ideally I think Sony should match performance throughout the line and differentiate on design.

From the leaked shot, clearly the ergonomic design of the FS700 has had a revamp but for me it doesn’t quite go far enough… at least at this VERY EARLY first glance.

I like that the important stuff has moved to a jutting out panel towards the front of the camera… Only it hasn’t! Because ISO (gain), white balance and shutter speed are all still on absolutely tiny buttons further back. Ideally any camera control scheme should not require two hands on the deck as well as a pair of eyes to search it. As an example look at the way a photographer would use a Nikon D4. One hand on the lens, one hand on the camera controls, eye to the viewfinder – that is how a single-operator cinema camera should be too. This isn’t a crew camera like the Alexa, it should be easy to operate by one person, one hand on the camera and one hand on the lens. The low / medium / high switch for ISO I did not like on the FS100 and here we have the same old convention again on the new camera. On a DSLR a jog dial for ISO offers far superior control over fine tuning exposure. Having to dig into the menus to assign your most-used ISOs to a dinky little lever is not a great solution. Bear in mind it’s still possible ISO can be controlled with a jog wheel on the new camera – impossible to tell from the picture.

The button for User Menu appears to be a welcome change, to assign oft-used features to a quick menu like on a DSLR, rather than digging into the main menu for them. I’m not sure where the EVF or LCD is on this camera – possibly on the top handle judging by the wire leading up to it in the background of the shot? There’s a chance the camera doesn’t have it’s own LCD or EVF at all and only an output for a third party one. The positioning of the built in LCD on the FS700 was a source of much criticism by users.

The camera looks to have dual XQD slots labeled A/B. XQD is to SDXC cards what CFast is to CompactFlash – a direct replacement. It is a standard developed by the CompactFlash association and not a propriety Sony thing. The Nikon D4 and D4S also supports XQD.

Another welcome feature is the built in ND filter, noticeable from the silver dial towards the top-front of the body. Clearly this is an E-mount camera looking at the picture, though we won’t know for sure until the final spec is announced. It is likely to share the same sensor as the Sony F5. Beyond this picture nothing else is known for sure about the camera. I am sure it will be more official at IBC and Photokina. I’m going to Photokina (IBC, maybe…) so will find out soon!

Design not firmware should segment the market

I’d like to see less of the kind of product differentiation Sony applied with firmware switches on the F5 and F55, and more a purposeful design difference based on what level of shooter the cameras are for.

Ergonomics should be the last thing to be compromised on the lower end models but they should all have different purposes.

With the C100 and C300, Canon applied a very similar ergonomic philosophy to both cameras and didn’t harm the C100’s design too much when offering it for a lower price. The ergonomics between the FS700 successor and F5 are vastly different and this is not the right approach. The F5 was a nice step forward for Sony and their video camera ergonomics, but this seems to be a bit of a step back again. From the leaked image it appears at first glance to have a design inspired by the FS700 ergonomics almost everyone disliked.

Sony have the best technology and best specs on the market right now. This FS700 successor is so obviously better specced any of Canon’s Cinema EOS cameras for 4K acquisition. What Sony need to do is get the product design side more sorted.

Ideally I think Sony should look at 4 markets, 4 types of user and go after them.

The A7S is the closest to being right for the consumer and semi-pro end of the market. It also caters for pros as a hybrid camera, a low light shot grabber, small camera and a b-camera. If only it had internal 4K recording like the competition (GH4) and less rolling shutter then it would be ideal. The FS100 is due a successor, though I think the market is probably more lucrative for the FS700 pricing level of $8-10k (I suspect the FS700 sold better). It was a unique proposition at that price especially for slow-mo work.

If the FS100 does not get a successor then a future A7S Mark II can neatly take its place. I’d be fine with that personally, happy to take full frame and the amazing low light performance for my own work over a smaller Super 35mm sensor. I also prefer the Alpha ergonomics over my FS100 even though it’s primarily a stills camera.

With the high end cameras maybe Sony intended to give the F5 and F55 a boost by unlocking functionality in firmware later, as lower priced models like the FS700 Mark II were introduced under them sharing much of the same hardware. I don’t think this is a good approach. Panasonic’s strategy towards the 4K transition has arguably been more coherent. They have 4K recording on everything new, from the upcoming VariCam S35 right down to the very cheapest bridge-camera for consumers. They’re not using internal 4K H.264 recording as a major distinguishing feature. This will extend the shelf life of their models and make Panasonic more of a go-to provider of 4K at every price point.