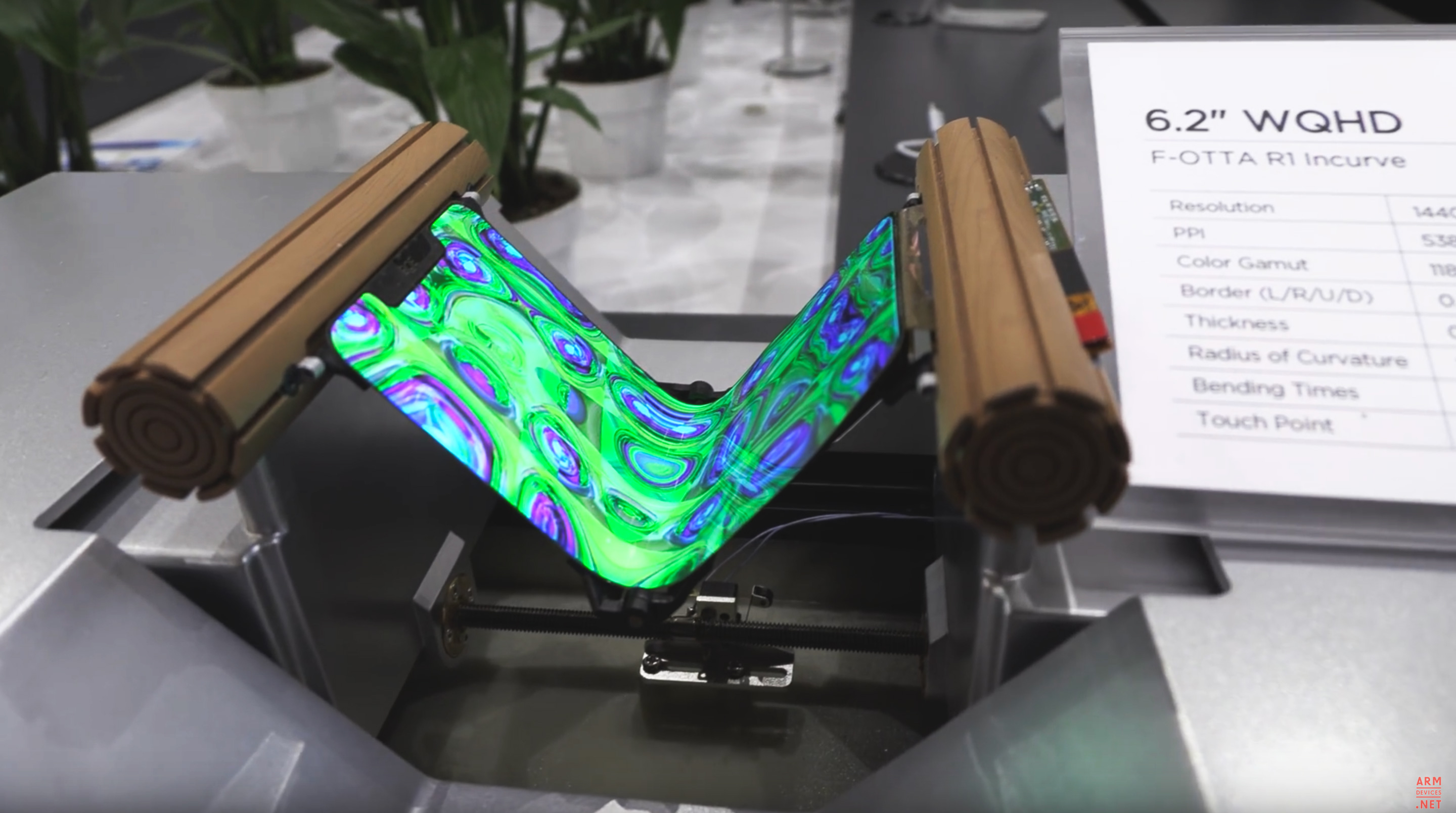 Two new screen technologies are coming to the market which could revolutionise cameras.

RED are betting on holographic screens, with their Hydrogen smartphone the first to feature the technology.

Samsung and Huawei are betting on foldable OLED screens, which produce a larger, seamless display, foldable into an area half the size.

A foldable device can remain extremely thin, which is important for the smartphone market.

The war of screens will erupt in the smartphone world first, but the winner has an influence on what way cameras go in the future. The screen technology to see the highest production volumes will see the lowest component prices and wider customer acceptance – something camera companies will pay very close attention to. At a time when space on the back of a camera body is at a premium with smaller mirrorless cameras, a foldable screen would allow much larger viewing sizes on the rear display when folded out, compared to the current very small 3″ LCDs. On the other hand, a holographic screen would allow us to get a sense of 3D camera images and depth.

Personally I am betting on the foldable OLED technology to come out on top – not that I have shares in either one, but I think it’s a very practical advancement which allows for all sorts of innovative new designs to set a device apart from the crowd. Smartphone and camera form-factors have all become very standardised – this is a chance to shake things up and excite people again. 3D has been tried before but it didn’t really convince people. The reason, in my opinion, was not because of the poor quality of lenticular screens like on the Nintendo 3DS and the reliance on glasses for TVs. The problem was the content.

For holographic displays to really take off, they need an equal amount of really good 3D content. Even with the combined might of the entire TV industry behind it a few years ago, there still wasn’t enough compelling material. 3D has only really stuck around in cinemas for flagpole blockbuster fare. On a mirrorless camera or smartphone, this may sound obvious, but a holographic display needs a 3D camera system on the front to take advantage of it, so what is the point of having one on the back of a Sony A7 III? Unless cameras AND content are going to go back to 3D in a big way – and all because of a nicer 3D display – holographic screens will have their work cut out.

What it comes down to, is what do people NEED. Currently we really do have an urgent need for larger displays on our cameras, as resolution increases and focusing gets more and more critical. With smaller mirrorless cameras about to take over the majority of the market from ageing DSLRs, physical space is at a premium. Even the larger high-end mirrorless cameras like the upcoming Nikon Z6 and Z7 don’t have room for a screen any larger than 3.5″ or at a push 4″. That needs to change. Add a fold-out OLED and you have one that’s double the size with one fold or 4x the size with 2 folds. Ideally it would be in a 16:9 aspect ratio with half of it taking up the rear of the camera and half of it swinging out to the left like the Panasonic GH5’s screen. But instead of a small LCD on the end of a hinge, this would be a seamless OLED screen spanning a huge area.

The two-horse race to produce the first folding smartphone

South Korea and China are locked in a race to produce the first handset, with Samsung and Huawei aiming for early 2019. If you imagine something like a passport, that’s what most of the early prototypes resemble. Personally I’d like to see a very thin clamshell phone like the classic Motorola RAZR design, but all screen. The Chinese smartphone manufacturer Huawei will use a flexible OLED manufactured by BOE Technology Group, also a homegrown Chinese company. The idea is to make a first generation premium product for over $1000, which would beat Samsung to the market. Huawei and BOE are said to be capable of making only 20,000-30,000 units of the phone, for small group of early-adopters… it’s not a profitable venture yet, but the press and media attention would be very advantageous.

Samsung are aiming to produce a phone with 7.3″ seamless OLED display to mark the 10th anniversary of the Galaxy series in early 2019. Said to be no thicker than an iPhone 8 Plus, the foldable product would likely cost upwards of $1500 to $2000, and Samsung intends to ship over 3 million of the handsets in a 12 month period – a huge production ramp up compared to BOE’s 20,000-30,000. The screen is designed to have a maximum flex-life of 20,000 folds. Samsung are clearly the most advanced in the race, but their management is said to be concerned behind the scenes, worried that demand for foldable smartphones might not satisfy the kind of volumes their factories are capable of.

Huawei is seeing a a surge in growth for their smartphone models, up nearly 10% in a period where Samsung and Apple could barely manage 2%.

It’s going to be very interesting to see what customers think about such products.