Right now I am shocked at the lack of innovative product design coming out of the DSLR market lead by Canon and Nikon and the failure to respond to the growing threat of consumer smartphones.

History offers some great lessons. In the 1980’s US copier giant Xerox had difficulties competing with more innovative products coming from Japan. They couldn’t build the machines as cheaply either. It’s well know Steve Jobs visited Xerox PARC where the company demonstrated at least 3 technologies that would form the bedrock for the entire modern computing industry – the mouse drive graphical user interface, object orientated programming and networking…

The management at Xerox were so sales and marketing focussed that they completely underestimated the product potential of that amazing new technology developed at PARC.

Xerox had made a deal involving Apple stock and rather than build computers themselves, they wanted to license technology to other companies. Steve Jobs requested he look around the research lab. ‘Inspired’ by what he had seen he decided to do a bit of copying himself and the result was the first consumer GUI complete with windows, icons, desktop, mouse cursor and drag and drop functionality.

As a consumer product the original Mac was so far ahead of its time in the early 80’s that it took until the mid-90’s for Microsoft to leave the DOS prompt behind and catch up with Windows.

Had any of the top management at Xerox recognised early enough the potential of the technology right under their noses, Xerox could have been the size of Microsoft and Apple put together today. In the interview above Steve Jobs explains why this didn’t happen.

I can see a lot of parallels between this mistake and what is happening at the corporations who run the camera industry today out of Japan.

Cameras on phones have been around for years, in fact they came first to the Japanese market. Back in the year 2000 photography companies considered this a completely separate market to their own so they didn’t get involved.

Then the internet took off and lucrative US companies like Facebook and Instagram gave consumers compelling online platforms for making use of all this digital media created by phone cameras. The Japanese firms missed this as well, because the major players were oriented mainly around a culture of hardware engineering, not software engineering.

Now as they have watched compact sales vanish before them and a slide in DSLR sales, Canon, Nikon and the others still have not innovated. They were resigned to the former and blamed the later on a global economic downturn.

In my opinion the entire standalone camera market is obsolete in the eyes of the consumer. DSLRs will be a hobbyist and pro market only in a few years. The consumer market for DSLRs and mirrorless cameras that isn’t classed as ‘enthusiast’ will vanish. Anyone who is not a photography hobbyist will have moved on. 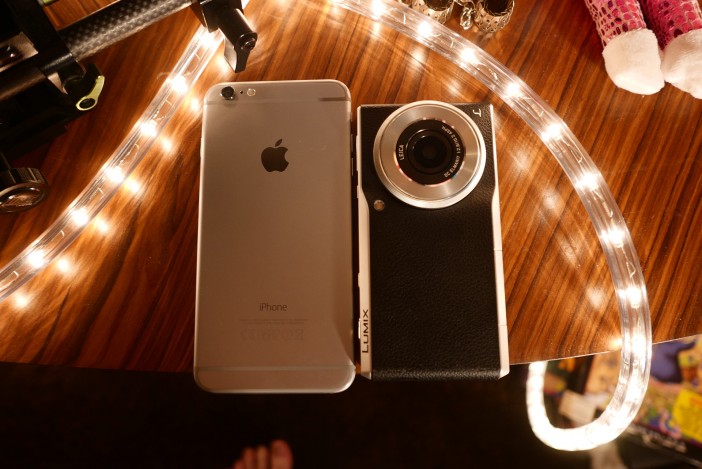 1. It is now about software and online services

When I press the button on my bluetooth headphones they automatically wake the phone and connect. Then I press play and that’s all I need to do. The same process to connect a DSLR and phone is ridiculously convoluted. I have to enter the WiFi settings on my phone and disconnect it from the internet. First obvious problem! Then I have to enter the WiFi settings on my camera so it becomes a hotspot. Then I have to connect to that hotspot on the phone. Then I have to load a dreadful app on my phone and navigate that awful user interface. I am attending to two devices simultaneously nannying them… and all I want to do is share a photo on Facebook. Is it any wonder the average consumer finds it easier to press the shutter button on their smartphone camera, then tap twice on a familiar user interface they use every day?

What is needed is a new chipset, a new standard for wireless video and file transfer that is always on in the background without attending to either device. When you use the DSLR as normal on every shot it should automatically produce a proxy JPEG and transfer it in the background to your smartphone camera roll without you even having to get the device out of your pocket. Then when it comes to sharing the high quality snaps later they’re already on your phone. The technology for this already exists and just needs implementing as standard, which means a collaboration between smartphone industry and the camera industry. Will it happen? I doubt it.

Panasonic had the right idea with the CM1, a cross between a premium smartphone and camera-phone. Before smartphones, in most markets camera-phones were the most popular of all feature-phones. Interestingly music orientated feature phones like the Sony Walkman branded W810i and iTunes carrying Motorola ROKR E1 (way before the iPhone) were not nearly as popular.

However the CM1 did not compete like-for-like with other premium smartphones. The screen scratched too easily, the build quality felt rough and plasticy whilst the sheer thickness of the device made it feel dated. I still think if they do it right, a Japanese photography or consumer electronics company could grab a significant share of the Android smartphone market.

4. Realise DSLRs are toast and give us a prosumer mirrorless camera

It is very important Canon and Nikon realise that the next generation of consumers have all grown up shooting images on an LCD and not through an optical viewfinder. This is a significant culture shift in photography. In addition the mirror in a DSLR doesn’t make for a smooth live-view experience, with long blank out times between shots as the mirror reengages and then has to move out of the way again. What’s more the bulk of the old EF lenses and the long distance between the back of the lens and the sensor is a serious packaging flaw that prevents a range of more compact designs from being made possible.